Trump officials are promoting a narrative that Iran is involved with Al Qaeda terrorists, in what seems to be an echo of the Bush administration’s pretext for the invasion of Iraq.

According to The New York Times, Secretary of State Mike Pompeo has briefed members of Congress about a pattern of ties between the parties dating back to 2001. Senator Tim Kaine (D-Va.) and Rep. Elissa Slotkin (D-Mich.) both told the publication that senior Trump officials have repeatedly raised concerns regarding Iran’s relationship with the terrorist cell, and speculated the White House may invoke 2001’s war authorization as basis for military action against Tehran.

Former President George W. Bush promoted a similar narrative when he said Iraq had “numerous contacts” with Al Qaeda, even after the commission tasked with investigating the September 11th terrorist attacks found no “credible evidence” that Saddam Hussein’s regime was responsible.

Does Trump Have Legal Grounds to Invade Iran?

In the aftermath of the 9/11 attacks, Congress passed two Authorizations for Use of Military Force (AUMF) in 2001 and 2002. Although the 2002 law authorized the Iraq invasion, it is the 2001 resolution that Democrats worry Trump may use as legal grounds for attacking Iran—since it allows the White House to take military action against any entity who “aided” or “harbored” Al Qaeda members.

“The key takeaway point is that if the Trump administration were to rely on these pretty limited ties between Iran and Al Qaeda, it would be a departure from the ties prior administrations have required for an entity to be targeted under the AUMF,” Scott Anderson, a former legal advisor for the State Department and U.S. Embassy in Baghdad, told Observer. “It may dramatically expand the scope of entities that might be vulnerable to military action under that authorization.”

Since the executive branch never outlined where the limits of the policy reside, it remains at the president’s discretion to decide which entities can be targeted by the military for Al Qaeda connections.

Pompeo has ducked questions from lawmakers and journalists over whether the administration plans to invoke the 2001 AUMF, but has repeatedly emphasized ties between Iran and the terrorist group.

“There is no doubt there is a connection. Period. Full stop,” Pompeo told Sen. Rand Paul (R-Ky.) during a Senate committee hearing in April. 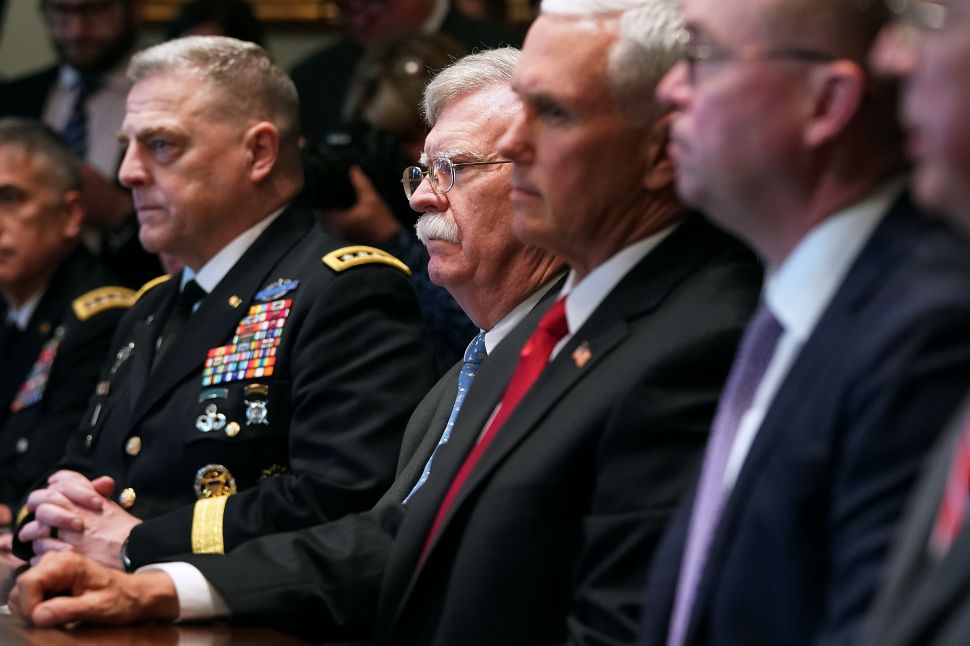