Next month, the White House is set to host what’s being called “The Social Media Summit.”

On July 11, the Trump administration will invite “digital leaders” to the White House to discuss the “opportunities and challenges of today’s online environment,” White House spokesperson Judd Deere said during the announcement.

It’s unclear which social media platforms will be represented during the summit, as no tech company has confirmed attendance yet. While the expected culprits are Facebook and Twitter, which is Trump’s favorite platform, neither has commented on the event announcement.

The Social Media Summit will take place amid ongoing slams of the tech industry by Trump, who maintains that companies like Twitter have a liberal bias against him.

“Look, we should be suing Google and Facebook and all that, which, perhaps we will,” he said during his recent interview with Fox Business.

“What they did to me on Twitter’s incredible. I have millions and millions of followers, but I will tell you they make it very hard for people to join me on Twitter,” he said. “If I announced tomorrow that I’m going to become a nice liberal Democrat, I would pick up five times more followers.”

Despite ongoing criticism, tech executives have been known to show up for meetings with the current administration since Trump took office. While other public figures, such as American athletes, have been outspoken in declining to visit the White House, tech industry leaders have been fairly cooperative with the administration.

Back in April, the president met with Twitter CEO CEO Jack Dorsey at a private White House meeting. Ironically, Twitter has been equally criticized for allowing Trump to use its platform despite breaking terms of services, such as threatening violence. The company today announced a new policy that will label such tweets from world leaders, though Twitter denies the new feature was inspired by Trump’s usage.

Last month, Trump also met with Google CEO Sundar Pichai, in which the two discussed the tech giant’s “commitment” to collaborate with the U.S. government on technology amid internal employee backlash against it. 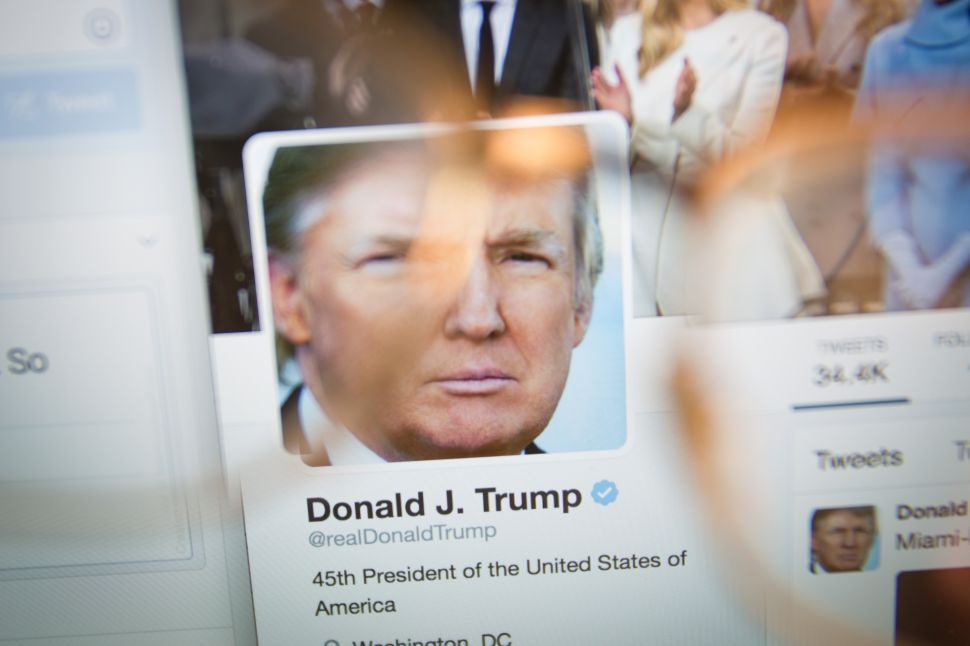