Back in early 2018, an optimistic David Harbour shared his hopes for the rebooted Hellboy with Observer. He told us he wanted to “help turn superhero movies into more of what I grew up with in the ’70s and ’80s when it felt like movies had a little more magic to them.”

Unfortunately, that didn’t come to pass. Harbour’s franchise foray, released in April, was met with scathing reviews—it currently holds a 17 percent rating on Rotten Tomatoes—and one of the worst financial performances of the year so far ($22 million worldwide gross against a $50 million budget). As such, the Lionsgate feature was quickly pulled from theaters and will now be made available on Amazon Prime Video for purchasing starting July 9, an embarrassingly quick theatrical-to-streaming turnaround.

With the 2019 box office down nine percent compared to last year, which other films have cost their studios a pretty penny? Here are some of the biggest bombs of the year so far.

Generally speaking, studios like to triple the production budgets of their tentpole blockbusters, especially when factoring in the standard $100 million or so marketing spends. We also know studios love to publicly downplay the cost of their franchise features, turning officially listed budgets into a guessing game of lowball. Thanks to expensive reshoots as well as a hefty promotional push, the turgid Dark Phoenix is likely one of the costliest films of 2019.

Dark Phoenix earned the lowest domestic opening ($32.8 million) of any X-Men film and may even fail to top 2000’s $293 million worldwide take. It also suffered the worst second weekend drop (72.6 percent) ever for a superhero film.

Overall, Dark Phoenix is expected to lose more than $100 million.

We may be living through the wonderful and welcomed Keanu Reeves renaissance, but that doesn’t mean the man is untouchable. For every John Wick: Chapter 3, there’s a Replicas, one of the worst flops of the year.

The film grossed just $4.1 million in the United States and Canada and opened to just $2.4 million, missing out on the top-10 in its opening weekend. It is the worst wide release opening of Reeves’ career and it suffered the ninth worst second-week drop (81.5 percent) of all time.

But, hey, Reeves is a scene-stealer in Toy Story 4, another John Wick movie is in development and he’s likely to join the Marvel Cinematic Universe at some point. Neo is doing just fine.

Shaft—the third film with this title despite serving as a pseudo-sequel to the previous two—was released against Men in Black: International and Late Night. While both of those films disappointed in wide release, they proved to be enough to dent Shaft‘s business. The Samuel L. Jackson vehicle grossed just $8.3 million in its debut, far below initial $20 million projections. It fell out of the top-10 entirely in its second weekend with just $3.6 million.

Shaft may still be in theaters, but New Line and Warner Bros. should expect a write down come tax time.

The Kid Who Would Be King
Worldwide Box Office Gross: $32 million
Budget: $60 million

Poor Fox. Outside of Bohemian Rhapsody, the storied studio’s final year was a mess of swings and misses. And poor Joe Cornish, the talented writer and director behind 2011’s delightful Attack the Block whose follow-up failed to connect.

The Kid Who Would Be King actually isn’t half bad and was met with a solid reception from critics. But it grossed a dismal $17 million domestically, where studios generally keep 50 percent of ticket sales as opposed to the 25 or so percent they earn from international grosses. Overall, Fox is estimated to have lost around $50 million on the project. Ouch.

Serenity, the oft-mocked drama that you truly need to see to believe, opened to just $4.4 million domestically, marking the worst debut weekend of both Anne Hathaway and Matthew McConaughey’s careers. The numbers are sub-optimal, but they aren’t the worse we’ve ever seen.

The true testament to Serenity‘s ambitious awfulness is the fact that the film was so bad that Aviron Pictures gave up on marketing the film. Wow, you hate to see that. 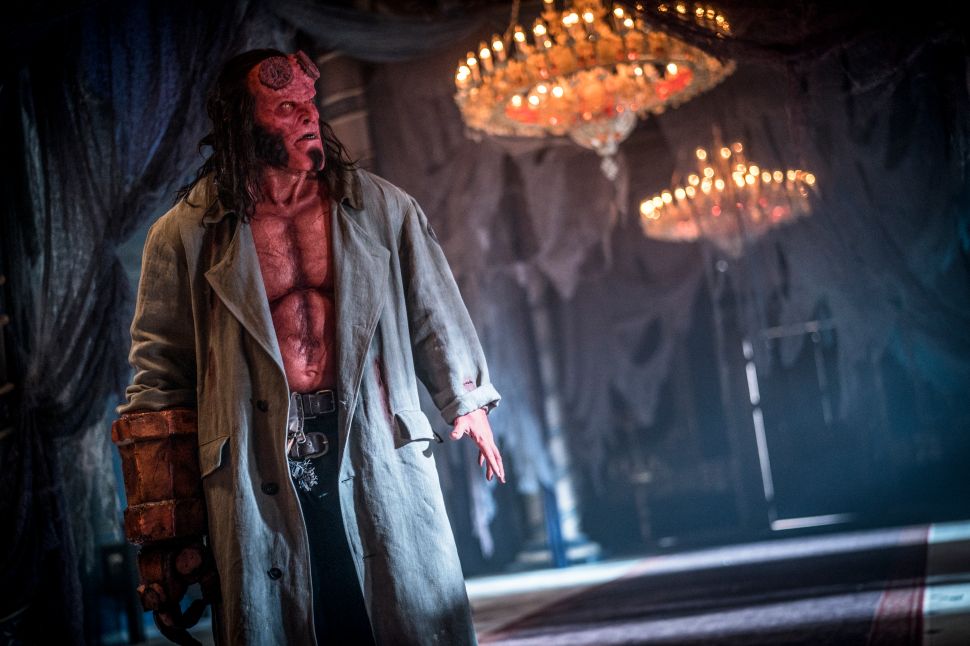