On the ten-year anniversary of its theater release, July 17, (500) Days of Summer is due for a revisit, particularly a critical and unsentimental one. For a film that was heralded as a quirky response to the traditional romance and has since endured as a cult classic, its central message and themes don’t go down quite as easily today.

The film follows the fleeting office romance of Tom (Joseph Gordon-Levitt) and Summer (Zooey Deschanel) as they bond over a mutual love of sad boy British music and IKEA. It employs a nonlinear format and flits between each of the 500 days until the love story and its ultimate demise come together for the viewer.

SEE ALSO: ‘The Lion King’ Is a Perfect Example of What Happens When Toxic Nostalgia Takes Over

Upon its first release, (500) Days of Summer was received as a fresh take on the romantic comedy. The off-beat dialogue feels fairly authentic. The soundtrack is appropriately varied and indie, the ending is not happy or overdone. There is technical experimentation with form and linearity. Zooey Deschanel has an impressive vintage wardrobe, and the couple listens to French music in the car. As a result of being lauded as an aesthetically pleasing and romantically honest film, (500) Days of Summer was a 2009 summer box-office hit, earning over $60 million.

But the blissful adoration was short-lived. Not long after its release, some smart film critics and generally keen observers broke ranks with those singing its praises, picking apart the seemingly lighthearted piece of cinema as an exhibitor of the worst kind of patriarchal screenwriting, citing Deschanel’s lack of character depth. Just shortly before, in 2007, astute film critic Nathan Rabin coined the term Manic Pixie Dream Girl, which he defined as a character who “exists solely in the fevered imaginations of sensitive writer-directors to teach broodingly soulful young men to embrace life and its infinite mysteries and adventures.” The term percolated in public consciousness until (500) Days of Summer came along and crystalized the idea in our imaginations. Summer became the archetype. She has little dialogue and little backstory, seeming to exist only in the psychological space of Tom’s romanticization. A large part of the film’s legacy is the popularization of the previously coined term and the association of Deschanel as its personification.

While some fans (curiously choosing this hill as the one to die on) have argued that the film is actually trying to subvert the trope of the Manic Pixie Dream Girl through Summer’s rejection of Tom at the end, the film fails to fully realize this subversion as it drowns from the weight of Tom’s perspective and his tendency to idealize. That the film overwhelmingly preferences his point of view caused many to think that an alternate reading of the movie would be to fault Summer as the cause of the breakup. What has become even more obvious with time is that the movie doesn’t even give us the tools, or proper character arch, to make that call.

Last year, Gordon-Levitt himself weighed in on the conflict via Twitter, responding to a fan’s condemnation of Summer with the instructions: “Watch it again. It’s mostly Tom’s fault. He’s projecting. He’s not listening. He’s selfish. Luckily he grows by the end.” Fans and defenders of Summer rejoiced.

However, similar to Tom’s character, Gordon-Levitt himself succumbs to the pitfalls of oversimplification when he explains, “he [Tom] grows by the end.” This effectively frames the film in terms of Tom’s personal growth, ultimately neglecting Summer’s character entirely. As a result, Gordon-Levitt’s response performs the Manic Pixie Dream Girl trope in its explanation. Why is the film defined in terms of Tom’s personal story arch while Summer’s own desires and character development are entirely neglected? Viewer outrage should not concern Summer’s choices but instead should examine her shallow depiction that allows for little context for her actions.

Summer has, over and over again, been labeled as a Manic Pixie Dream Girl. This is not a fresh or original take. The question, as the ten-year anniversary arrives, is whether audiences and viewers want to continue to consume media that we can now better see is problematic or flawed for nostalgia’s sake. As general consciousness grows and expands, it is important to examine where our old favorites and established classics let us down. (500) Days of Summer contains sexist writing, Sixteen Candles employs racist stereotypes, Grease condones rape. As audiences develop critical viewing skills and a higher sensitivity to offensive content, the question remains whether we discard old classics entirely or whether we simply continue to view them while cringing.

Fans’ ability to criticize (500) Days of Summer so incisively after its initial reception reflects the progress that has been made in creating female characters who are more complex and fleshed out. The creation of the Manic Pixie Dream Girl trope forced a necessary reckoning with the way that women are depicted on screen. This reckoning then called for viewers’ heightened awareness and sensitivity to the problematic representation that used to be nearly ubiquitous. It is far more possible today to seek out and find romantic comedies that feature women who are social agents, who have depth, who exist independently of their partner’s idealization of them, than it was even a decade ago. Only through increased consciousness of these shortcomings can future filmmakers and viewers correct the issues of the old guard.

Ten years later, the elements of (500) Days of Summer that made it initially compelling are still there, in the expertly curated soundtrack and earnest attractiveness of its leads that borders on chemistry. However, it is also thematically dated, and its white liberal male gaze is stale. It is possible that fans can acknowledge its failings while simultaneously finding entertainment and enjoyment in the film. While Tom might have only grown at the expense of Summer’s autonomy, the audience has the chance to revisit the film and develop their own understanding of its flawed albeit entertaining narrative. 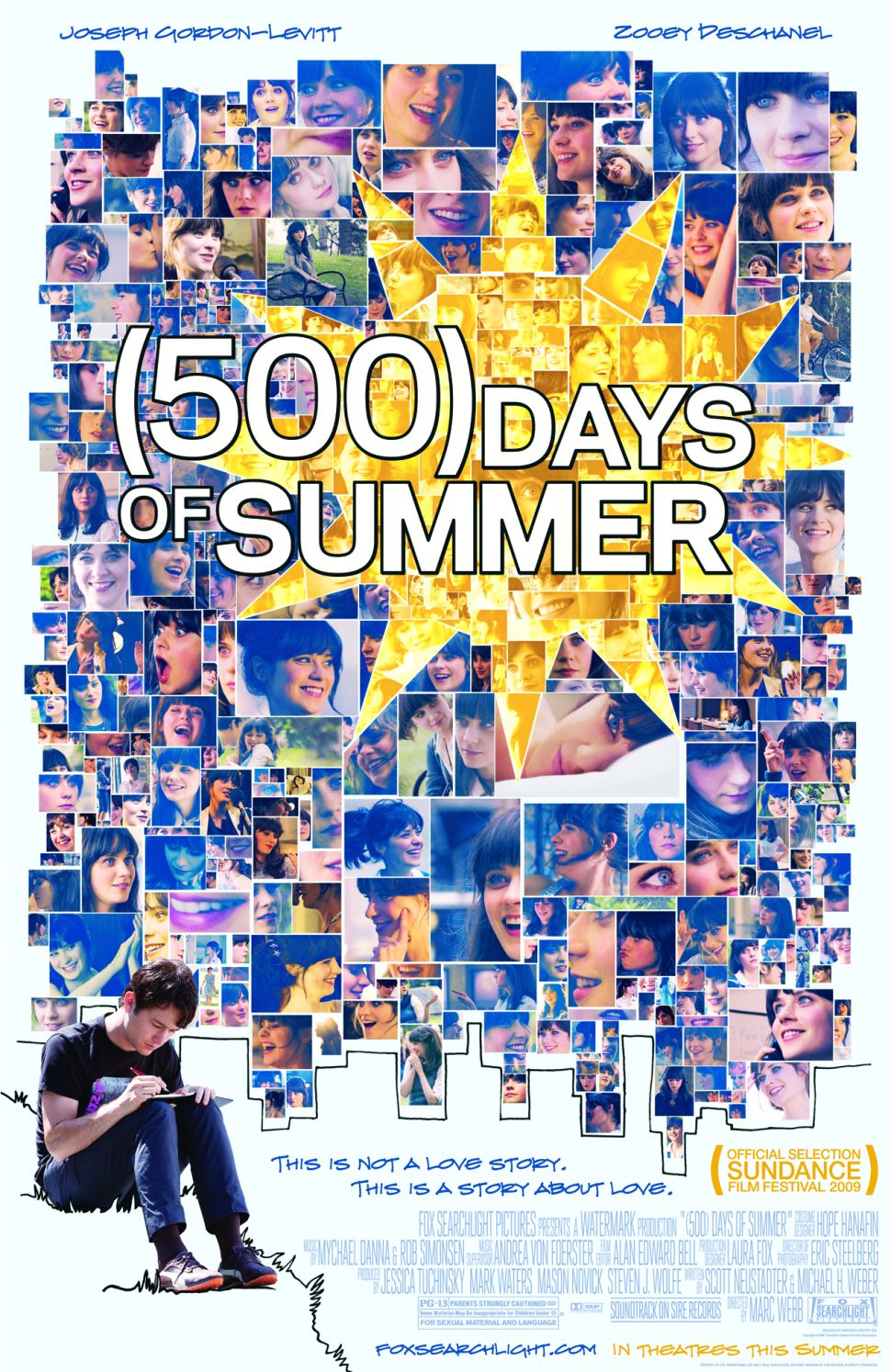