In an announcement for its OpenSky app released today, the company said the service is aimed at “empowering everyone to safely access the sky,” as personal and commercial drone usage increases.

OpenSky can be used by “both hobbyists who loves to fly, or a business that uses unmanned aircraft to survey land or deliver goods,” according to Wing. Its features include the ability to plan a flight and push notifications alerting users of “no-fly zones” or nearby events to be aware of. Future updates will include accessibility tools such as “Voice Over” and “Talk Back.”

Wing CEO James Burgess told Bloomberg that this is the company’s “effort to try to make drone flying easier and safer for all operators.” “We envision a future where it’s easy to access the sky and all drone operators are collaborative, able to follow the rules and work within the constructs of whatever aviation regulation and rules are in place in a country,” he said.

The app has been approved by Australia’s Civil Aviation Safety Authority (CASA) and is available to download there, while other countries, including the U.S., await aviation regulators’ approval. Wing conducted 80,000 test flights using OpenSky before releasing it for Australian Apple and Android customers.

As drone delivery takes off, Wing sees OpenSky as a contribution to the drone community’s growing ecosystem, in which many services are expected to safely share air space during operation. While it isn’t the first drone flight app to be released, OpenSky touts some of the most robust features to date. In the U.S., for example, the Federal Aviation Administration (FAA) has partnered with software developer Kittyhawk to release “B4UFLY,” an app with flight guides and rules for drone pilots.

With an influx in commercial drone services expected in the coming years, the mass adoption of a “maps app” could help keep air routes safe for all. 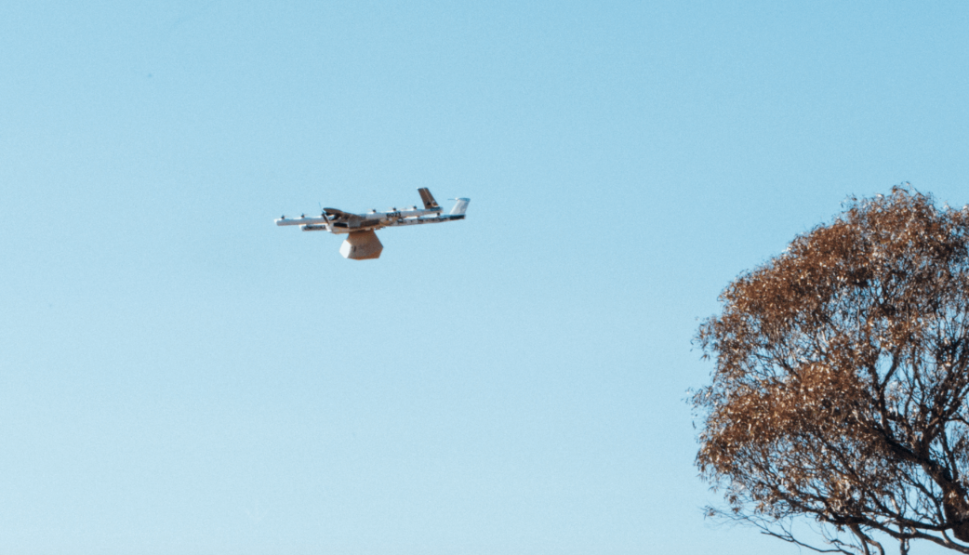