Amazon is continuing to build on its effort to make Prime one-day shipping a reality.

The e-commerce giant on Monday announced the opening of two new fulfillment centers in Ohio, where it already enjoys a large presence. The new centers will be used to pack and ship small items “such as books, electronics and toys,” according to Amazon.

The two new shipping hubs will be located in the cities of Akron and Rossford, with the company promising they’d help create “more than 2,500 full-time jobs.”

“We’re excited to grow our team in the Buckeye state, which now includes more than 8,500 Amazonians, and be part of the larger Ohio community,” Alicia Boler Davis, Amazon’s VP of Global Customer Fulfillment, said in the announcement.

The Seattle-based company also noted that its infamous automation equipment will be incorporated into the warehouses’ operations, stating that employees will “work alongside Amazon robotics in an industry-leading workplace.” The two centers will boast a total space of 1.4 million square feet, with each taking up more than 700,000 square feet.

As Amazon phases in its one-day shipping option across the country, its reliance on the Midwest’s workers is expected to increase. However, the debut of two new shipping centers comes at a time when Amazon faces increased public scrutiny over treatment of its heartland employees.

During its Prime Day event celebration this month, workers at Amazon’s Shakopee, Minn., fulfillment center walked out in protest over wages and a hectic work environment.

Despite the company implementing a nationwide $15 minimum wage last year, its warehouse employees still have concerns over the demanding workload expected of them to fulfill fast deliveries.

Evidently the continued criticism isn’t lost on Amazon, as its Ohio announcement included several job training initiatives for employees across the U.S. The company is pledging to invest $700 million “to provide upskilling training for 100,000 U.S. employees for in-demand jobs.” 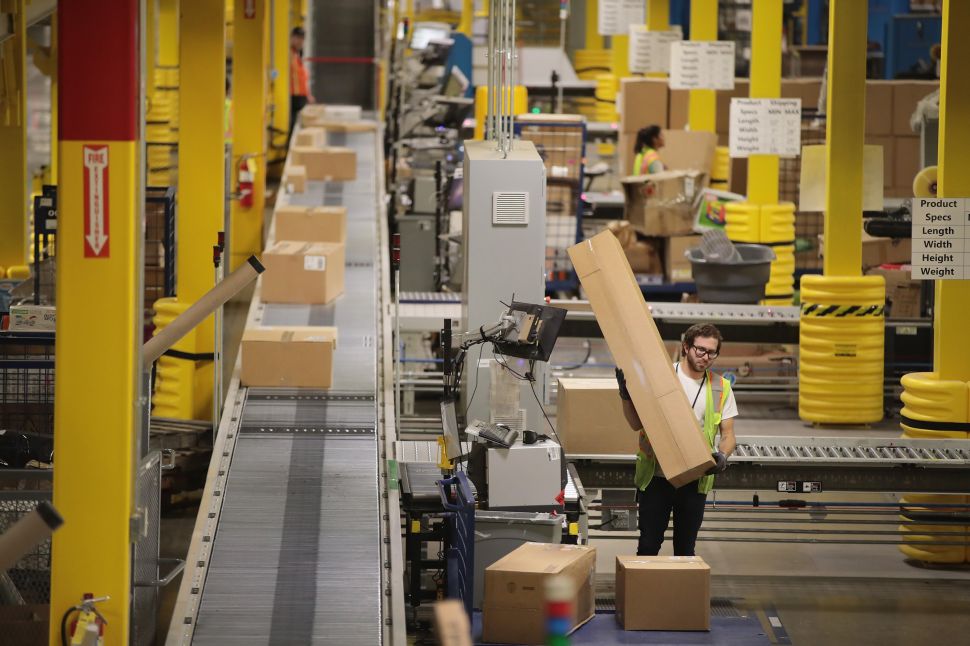