After years of public debate and several incidents of tech giants undermining public interest, U.S. regulators are finally starting the conversation about breaking up Big Tech. On Tuesday, the Justice Department said it would start a large-scale antitrust review into whether America’s internet giants have accumulated too much market power and depressed competition.

However, Washington’s chilling message hasn’t appeared to get across to the investors of Amazon. Ahead of the e-commerce titan’s second-quarter earnings release on Thursday, all Wall Street analysts cared to talk about were higher profits, faster growth and more market power.

“Amazon is our top mega-cap long idea heading into [the second quarter]—you own the name into retail revenue growth acceleration regardless of margin compression, full stop,” Barclays analysts said on Thursday.

“We see Amazon in a sweet spot of slightly accelerating revenue and key performance indicators with continued margin expansion as the company benefits from continued efficiency improvements,” echoed analysts at Deutsche Bank.

On average, Wall Street is expecting Amazon to post a per-share earning of $5.57 on a $62.5 billion revenue ($8.5 billion of which is expected to come from the Amazon Web Services) for the second quarter. All are lofty goals compared to what Amazon delivered in the same period a year ago, but market watchers are confident that Amazon has done better than expected in the past quarter and is ready to raise the bar even higher, especially after a massively successful Prime Day earlier this month.

The only concern on analysts’ minds was how much Amazon’s recent $800 million investment in its one-day Prime shipping program would have on the bottom line.

“After the company guided for a near-term margin hit from investment in one-day Prime shipping amidst a period of slowing growth, investors will be looking for evidence that the margin impact from one-day is temporary,” wrote Canaccord Genuity analysts. “We look for lower margins but concurrently expect a growth re-acceleration that we think can keep the stock in favorable territory.”

But an antitrust probe into Amazon may eventually be inevitable. On Wednesday, the Federal Trade Commission (FTC) confirmed that it had already started an antitrust investigation into Facebook, after slapping a $5 billion fine on the social media giant for its role in the Cambridge Analytica scandal.

The same day, U.S. Treasury Secretary Steven Mnuchin called out Amazon in a CNBC interview, saying that “Amazon has destroyed the retail industry across the United States.”

Outside the U.S., Amazon also faces an antitrust investigation by the European Union. If Amazon is found to have broken the European competition law, it could face a fine up to $23 billion. 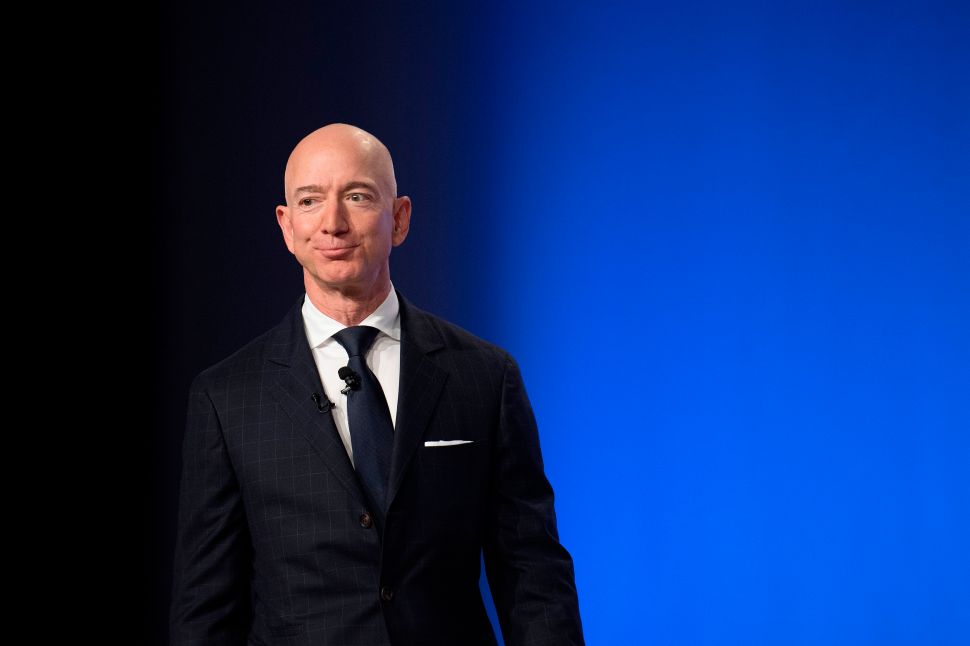