Senator Amy Klobuchar (D-Minn.) became the second Democratic candidate to say she would not reverse President Donald Trump’s move of the U.S. Embassy in Israel to Jerusalem—pivoting from her recent criticism of Benjamin Netanyahu.

When asked by Jewish Insider if she would reverse the policy, Klobuchar said, “No, I wouldn’t.”

SEE ALSO: Is Pete Buttigieg to the Left of Bernie Sanders on Israel?

“I think it would have been better if that was done as part of a negotiation for a two-state solution. I think it’s unfortunate it was done the way it was done, but I wouldn’t reverse it,” continued the candidate.

Earlier this year, Klobuchar became the first 2020 contender to denounce Prime Minister Benjamin Netanyahu’s alliance with an anti-Arab party in efforts to form a coalition, calling the decision “wrong” and “rightfully condemned” on Twitter. She later voted on a controversial bill against the boycott, divestment and sanctions (BDS) movement, breaking from fellow Democratic candidate, and pro-Israel stalwart, Cory Booker, who opposed the bill on the grounds of free speech concerns. Although Klobuchar did not not attend this year’s American Israel Public Affairs Committee (AIPAC) conference, she did meet with constituents in Washington who were attending the gathering.

This is wrong and has been rightly condemned. To quote the American Jewish Committee, "[The views of Otzma Yehudit] do not reflect the core values that are the very foundation of the State of Israel."https://t.co/r0VMI3FicH

The 2020 field has largely remained silent on the Trump administration’s embassy move, though a few candidates have offered sentiments similar to Klobuchar’s.

“I think what’s done is done,” South Bend Mayor Pete Buttigieg told Axios. “I don’t know that we’d gain much by moving it to Tel Aviv.” 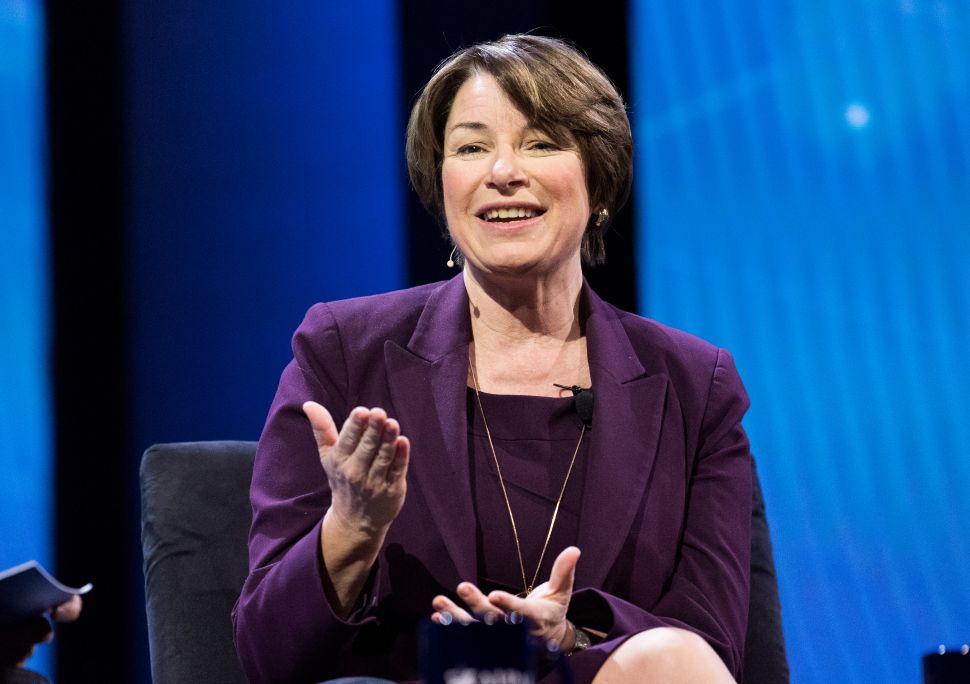