Apple is well on its way to fulfill its mission to dominate the health tracking space.

The company released its earnings report for 2019’s third quarter, in which it recorded a considerable uptick in revenue from its personal wearables. Apple’s announcement groups together the Apple Watch, AirPods and the HomePod under wearables, which brought in $5.5 billion this past quarter. The sum marks a big jump from the $3.7 billion in wearables revenue during the same quarter last year.

SEE ALSO: Severe Nightmares May Be a Thing of the Past Thanks to Apple Watch

“This was our biggest June quarter ever—driven by all-time record revenue from Services, accelerating growth from Wearables, strong performance from iPad and Mac and significant improvement in iPhone trends,” said CEO Tim Cook in the release. “These results are promising across all our geographic segments, and we’re confident about what’s ahead. The balance of calendar 2019 will be an exciting period, with major launches on all of our platforms, new services and several new products.”

The wearables category includes the ever-popular Apple Watch, which has become one of the top health tracking devices around since its launch. The report shows the wrist accessory has become an indispensable draw for sales for Apple, with wearables almost reaching Mac sales, which accounted for $5.8 billion this quarter.

Overall, Apple’s third quarter revenue was $53.8 billion, “an increase of 1% from the year-ago quarter,” according to the company. It’s also worth noting that overseas sales accounted for 59%, the majority of the quarter’s revenue.

Apple’s continuous success with accessories like the Apple Watch and AirPods signals a new era for the iPhone maker, which is aiming to diversify revenue sources beyond smartphones and personal computers. The personal accessories’ popularity is welcome as the company continues to be plagued by its “big iPhone problem.” 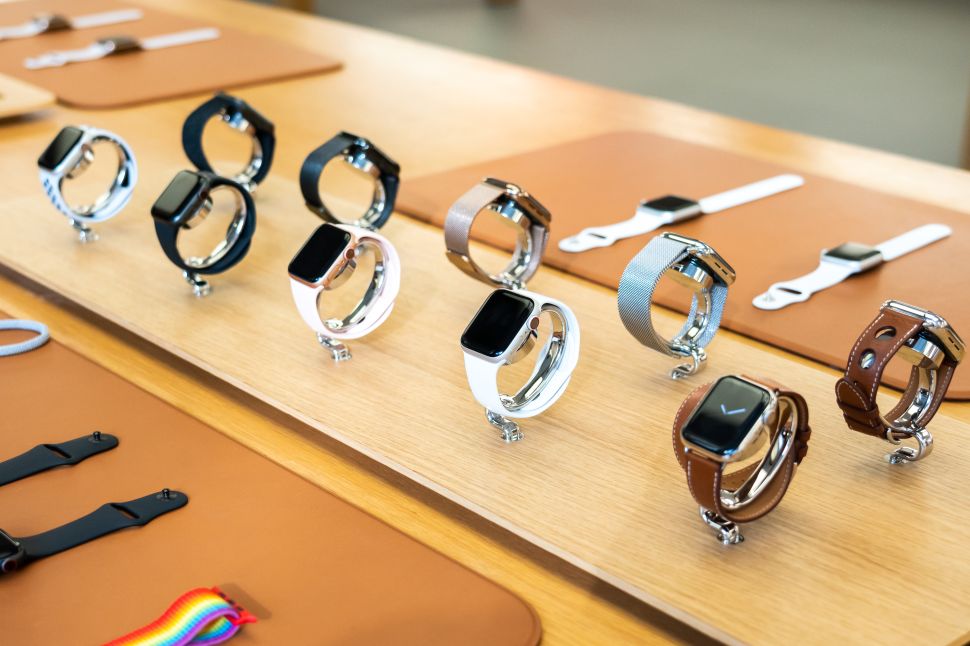