After just a year and a half of ownership, Ashley Benson is calling it quits in Los Feliz. The Pretty Little Liars actress purchased the Spanish-style home in the gated, celebrity-beloved Laughlin Park enclave for $1.8 million back in December 2017, and now she’s tossed the three-bedroom, 3.5-bathroom abode back on the market.

Benson wants $2.499 million for the three-story house, as first spotted by Variety, which would be a marked profit from what she paid for the place if not for the renovations. The listing, shared by Compass brokers Nikki Friedman and Robb Friedman, says that over $700,000 was invested into the property, and after fees other costs, Benson is barely breaking even, if that.

The 2,573-square-foot home was originally built in 1925, with lots of arched windows, balconies and patios throughout. There’s a decorative fireplace in the living room, plus a separate dining area. Sadly, it looks as though Benson didn’t bring all the PLL memorabilia that adorned her erstwhile Sunset Strip home into this house. Actually, it seems the whole place has been professionally staged, so perhaps those mementos are just in a new residence.

We used Compass Concierge to pay upfront costs to stage this new listing in Los Feliz for our clients. Zero interest, no credit checks. This staging has brought a frenzy of private showings this first weekend with offers expected in the next couple of days. #compassconcierge #compass #robbnikki #letsdothisla #laughlinpark #losfeliz

Benson entirely renovated the kitchen, replacing the terra cotta-style floors with hardwood and putting in new grey cabinetry, marble countertops and stainless steel appliances. She also redid all the bathrooms, including the master, which is now fitted with a double black marble vanity, a freestanding soaking tub and a separate marble shower, with access to a patio.

There’s an attached yoga studio on the lower level, with a separate entrance and a full bathroom. There’s no pool, but there is a fire pit.

It doesn’t appear Benson has made any other property purchases on the West Coast just yet, but that could be because she already moved in with girlfriend Cara Delevingne, as Us Weekly reported in June.

But Benson will be leaving behind a few familiar faces when she decamps from this Los Feliz abode. Her former PLL costar, Troian Bellisario, owns a home in the area, as do Kristen Stewart and Stella Maxwell. This particular house also happens to be on the same street as Angelina Jolie—the actress set a record for the area when she purchased the historic Cecile B. DeMille estate for $24.5 million two years ago. 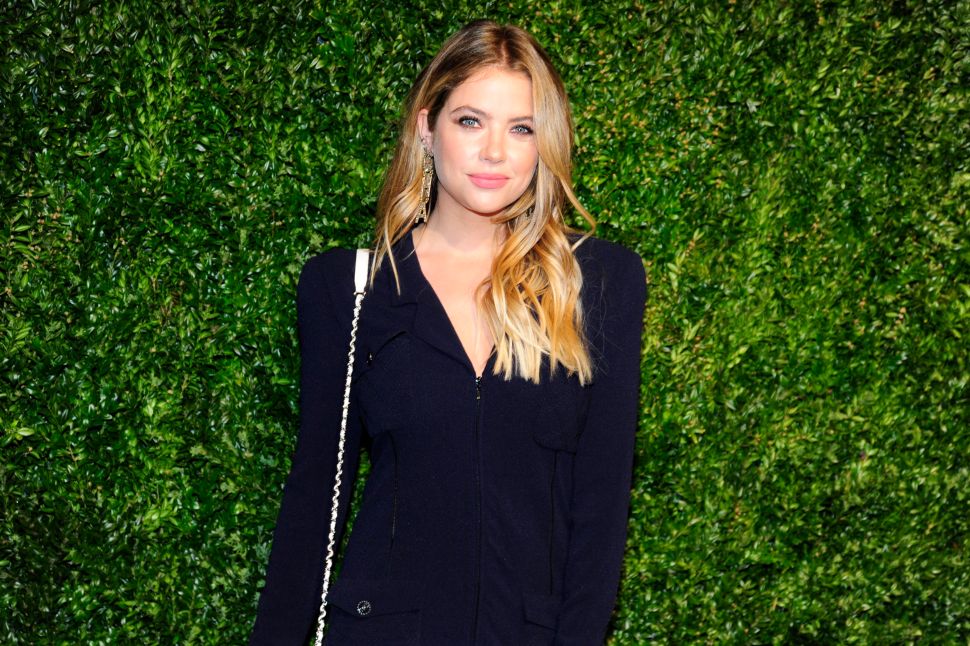