When in Lebanon’s cosmopolitan capital, your senses are taken over by its intoxicating bustle. Beirut’s famous hedonism manifests through an innovative culinary scene, superb shopping landscape and heart-pumping nightlife. It does not have a Louvre outpost like Abu Dhabi—instead, art lovers can revel in the discovery of its many creative pockets.

While the art world flocks there every September for the Beirut Art Fair, the city’s roster of engaging museums, contemporary galleries and craft-centric boutiques are beyond satisfactory in the interim. Impressive collections at the marvelous Sursock Museum and design-forward Aishti Foundation can easily occupy an entire morning. Spend the afternoon gallery-hopping through creative hubs in Hamra and the emerging port district. Then catch a local flick at the Metropolis Art Cinema. However you decide to take in Beirut’s thriving bohemian energy, our art lover’s guide to Beirut points to local-approved hot spots you’ll want to know.

Beirut’s most prominent arts venue is located in the former palace of dignitary and philanthropist Nicolas Ibrahim Sursock, who in his will declared that the property be turned into a museum. Since 1961, the space has hosted a collection of works from both local and international artists, as well as cultural events.

In 2016, the Sursock reopened after a sweeping renovation and expansion by French architect Jean-Michel Wilmotte, reinvigorating its status as an arts destination. The building is a stunning work of Lebanese architecture, representing the opulence of Venetian and Ottoman styles with grand balustrades and ornate stained glass.

Established in 2015 by retail mogul and art collector Tony Salamé, the Aïshti Foundation is located within the massive Aïshti-by-the-Sea complex that includes a luxury department store, restaurants and a rooftop bar. The foundation’s collection includes over 2,000 contemporary works—most of which are part of Salamé’s private collection—by 150 international artists, including paintings, sculptures and mixed media works.

The Beirut Art Center opened in 2009 as a non-profit organization to support regional artists and foster international cultural research. In addition to featuring rotating contemporary exhibitions, the center is also Beirut’s first public space for art discussion, hosting a regular schedule of interactive workshops, lectures, screenings and performances. It’s located in an emerging creative district on the banks of the Beirut River, just outside the city center.

Founded by Beirut Art Center alum Joumana Asseily, Marfa’ is housed within a former ship repair shop in the city’s port district. The gallery’s dual mission is to promote emerging local artists on a global scale, and invite international artists to participate in Beirut’s contemporary arts landscape. Marfa’ showcases “idea-based projects” that range from photography and video to sculpture and installation.

Located in the bustling Achrafieh neighborhood, Alice Mogabgab is one of the country’s premier contemporary art galleries that features both local artists and global talent. The gallery was created by art dealer Alice Mogabgab Karam in 1994 to build cultural bridges across borders, a goal furthered by her founding of the Beirut Art Film Festival. After becoming a mainstay with appearances at fairs like Art Brussels, Art Paris and FIAC, Alice Mogabgab gallery opened an permanent outpost in Brussels in January 2019 to further connect Europe to the Beirut arts scene.

Inspired by the surrealism movement, ARTS Beirut is a restaurant-lounge known for Japanese-inspired dishes like yuzu-marinated salmon and calamari with togarashi dip. Cocktails are innovative and refreshing, like the floral “Une Pipe” made with tanqueray-infused strawberries, geranium, orange blossom and limoncello.

Artspace Hamra is an art gallery, multidisciplinary space and nonprofit organization that aims to create a cultural dialogue while promoting awareness of Middle Eastern art. The gallery represents over 20 artists from Iraq, Bahrain, Syria and other nearby nations. In addition to its evolving exhibitions and thematic residencies, Artspace Hamra hosts a spectrum of cultural events and creative workshops within its in-house classroom, The Art Studio.

With two consecutive years of Oscar nominations in the Foreign Film category, Lebanon’s film industry is certainly flourishing in the international spotlight. As one of the greatest supports of independent films in Lebanon, the Metropolis Art Cinema sees over 75,000 annual moviegoers attend its rich programming that spans genres and nations. The focus is on alternative films and documentaries that are not widely distributed in commercial theaters.

What first started as a passion for artisanal craft became KanZaman, a highly regarded shop that promotes Levantine design heritage. Founder Joumana Souccar Uhlemann works with master craftsman from around the Middle East to produce furniture, tableware, lighting and other home goods that combine modernity with traditional skills passed down over generations.

You don’t need to have a food allergy to enjoy the gluten-, dairy- and refined sugar-free treats at Oh! Bakehouse. The folks in this French-style bakery are constantly innovating their recipes to employ the healthiest of ingredients, using alternative fats like coconut oil, and fruit purées in place of commercial sweeteners. Start with their divine chocolate brownies then work your way through the pastry display.

For art lovers, there’s no better place to stay than the storied Phoenicia Beirut. The hotel’s refined opulence has been attracting celebrities and other notable personalities since its grand opening in 1961. Upon completion of a massive renovation in 2011, the year of its 50th anniversary, the Phoenicia revealed its signature art collection with contemporary works by Paul Morrison, Sam Francis, Jan Dibbets, Howard Hodgkin and other renowned artists. 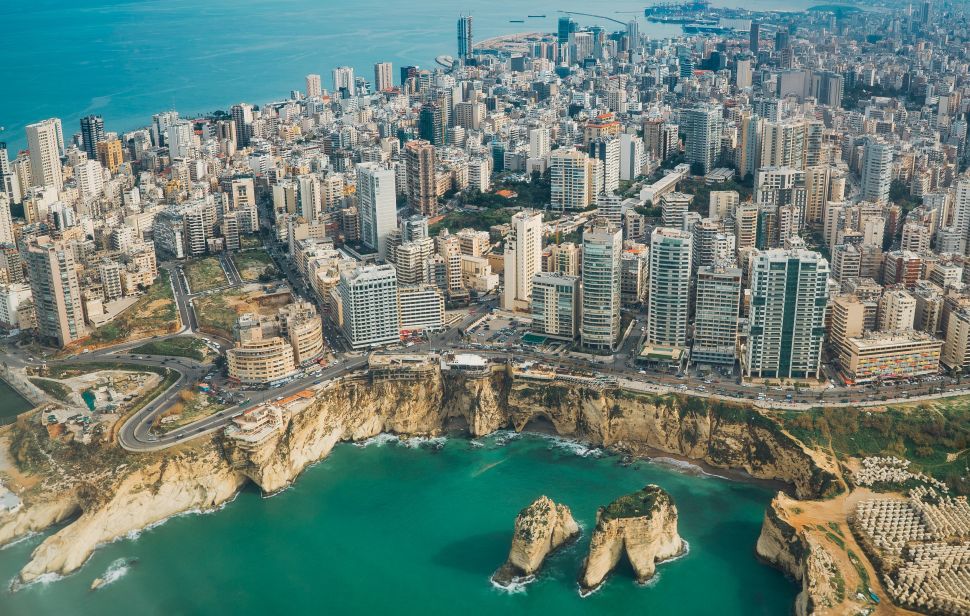