Remember those Eat This, Not That books from the prior decade? They sold lots of copies, showing you that just because you ordered a particular salad, you weren’t going to lose weight. Maybe that lean roast beef sandwich might have less fat than the tofu burger.

It’s the same way with doing business in other countries.

SEE ALSO: How to Start a Business With Very Little Capital

There are some that just seem so good for business on paper, but it’s mostly based on publicity and perception, not reality. Thankfully, the folks at the Heritage Foundation can show you that some of those well-hyped countries may not be a good place to invest in, while some other countries not on the list are better for business than the media thinks.

Some Spots Aren’t So Free for Free Enterprise

There are a lot of publications eager to tout other countries as a place to send your economic activity abroad.  One of the best known is the U.S. News and World Report’s (USNWR) “Best Countries to Start a Business.” The magazine highlights the tough task of picking a foreign country to invest in.

“The Best Countries to Start a Business ranking draws from the results of a global perceptions-based survey and ranks countries based on scores from nearly 6,000 business decision-makers in a compilation of five country attributes: affordable, bureaucratic, cheap manufacturing costs, connected to the rest of the world, and easy access to capital,” USNWR writes about its methodology.

The most recent survey hypes several Asian countries to do business. Thailand is ranked first, followed by India, China, Singapore and Malaysia, with Mexico just outside the top five.

But are these the best business places abroad?

The pro-business Heritage Foundation has its own rankings, the Index of Economic Freedom. It look at the rule of law (respect for property rights, government integrity and judicial effectiveness), the government size (government spending, tax burden and fiscal health of the country), regulatory efficiency (business freedom, labor freedom and monetary freedom) and how open the market is (trade freedom, investment freedom and financial freedom), connected to a variety of economic statistics. And the results paint a very different picture of where your firm should go.

Thailand may be number one with USNWR but is only 43rd best on the Heritage’s rankings of economic freedom. India falls from number two to number 129 out of 180 countries. China gets all the hype, but little of the results, as the communist regime only provides the 100th best place to do business for the Heritage rankings. U.S. News and World Report gets Singapore right and is not too bad with Malaysia (the 22nd most economically free country, not number 5, but Mexico is far from the freest, coming in at 66th in the world for providing a good place for an investment bet.

These aren’t just a few misclassified countries. While USNWR gets Canada and Switzerland, the United States and United Kingdom generally close to their Heritage numbers, that same USNWR measure ranks Brazil, the Philippines, Indonesia, Peru, the Dominican Republic, Portugal, Costa Rica, Sri Lanka and Vietnam far higher than their actual levels of economic freedom would indicate, as you’ll see in the graph below.

Why is that? Some countries like Costa Rica are wonderful spots to visit and have some of the nicest people you’ll ever meet, which belies just how much hassle the government will give you if you try to start a business there. Media hype on China and Vietnam, and good public relations by both totalitarian regimes, don’t often include the reality that the government basically controls much of a business leader’s economic actions, foreign and domestic. Brazil may have hosted the World Cup and Olympics, but beyond those big sporting events, there are a lot of problems.

Here’s the list, so you can compare where to go, and not go, with your investment dollars. As you can see, more than half of the list of the top 25 places to start a business have countries that aren’t in the top 25 for economic freedom. Those in red are overhyped business spots. 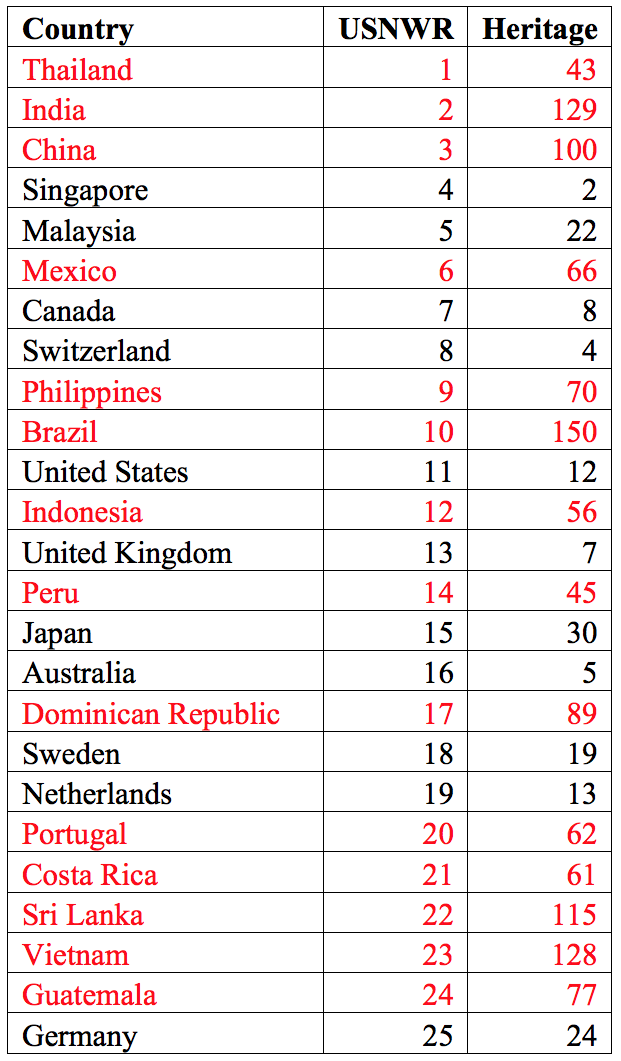 Here’s a Better Business Location for Your Company Abroad

Of course, the Eat This, Not That book, warning you about that chicken salad or new pasta, won’t help you, if it doesn’t tell you what you should order. What should you choose if you go to the California Pizza Kitchen with your friends? That blackened trout or grilled sirloin may have less fat and fewer calories than you think.

Similarly, it’s best to know where to do business, and not just where to avoid investing. So I went through the Index of Economic Freedom to find the countries left off the USNWR list, which might be freer for free enterprise. 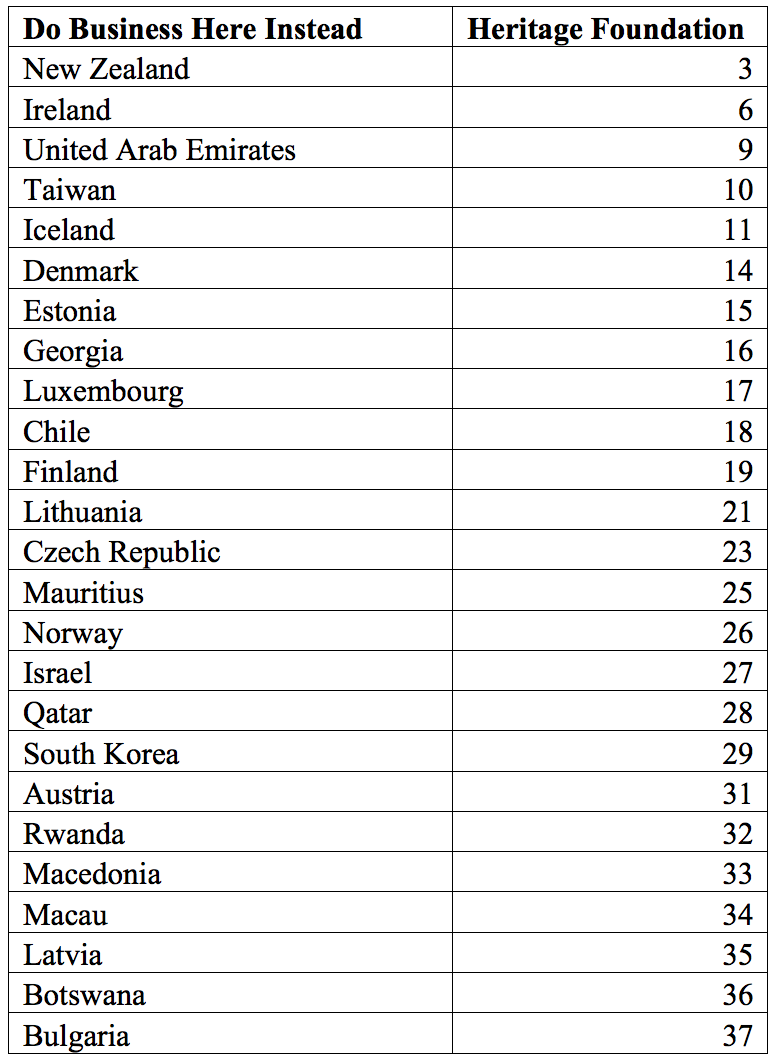 As you can see, this is not a list exclusively for North America and West Europe. You’ll see countries from Africa (Mauritius, Rwanda, Botswana), the Middle East and Central Asia (Israel, Georgia, United Arab Emirates, Qatar), East Asia (South Korea, Taiwan, Macau), Latin America (Chile) and East Europe (Estonia, Latvia, Lithuania, Czech Republic, Macedonia, Bulgaria). It’s not about whether everyone is fairly represented, but whether the place is fairly good for foreign investment. You can find them across the world, if you look at the right data, the right variables, and avoid the mere buzz about where the best place to do business in the world is. 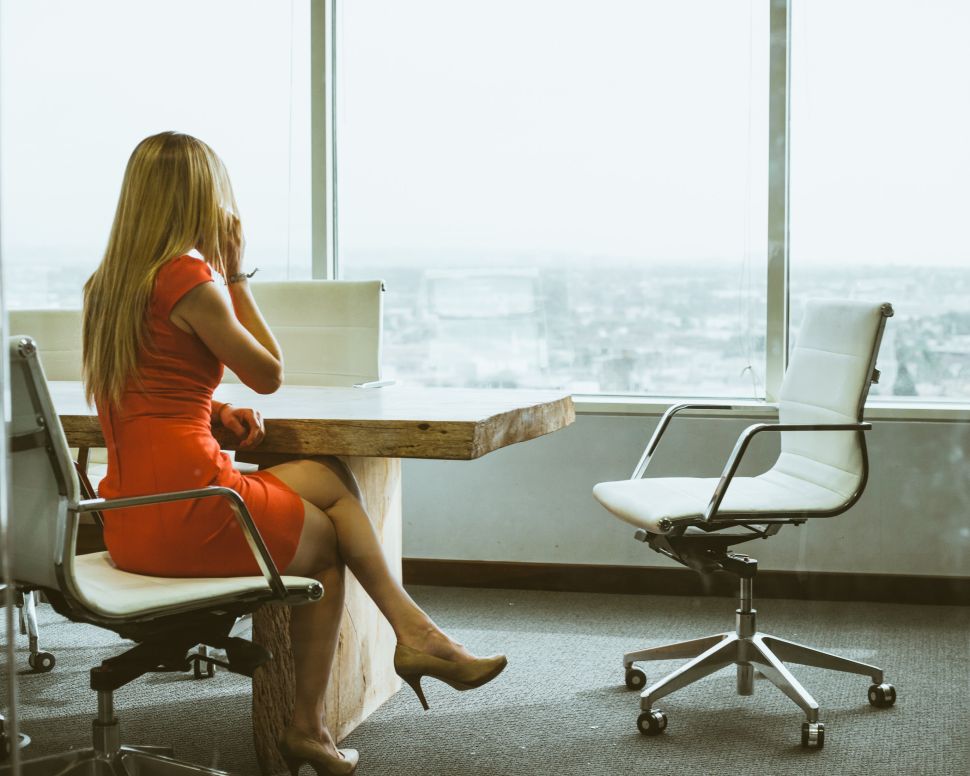