Beyond Meat’s streak has no end in sight.

The protein-alternative producer is reportedly working on its next mind-tricking product. This time, the company is adding bacon and steak to its growing list of “meat” offerings.

CEO Ethan Brown told CNN Business that the new substitutes are currently being developed and modified before being released on the market. He noted that the additions are part of a long-term strategy and “important as we build out the portfolio.”

Judging by the current list of items, the fake bacon will likely look and taste a lot like its pork-based counterpart.

Beyond Meat has had an accelerated foray into breakfast-related ingredients since its wildly successful IPO in May. For example, the company began supplying faux sausage meat to major restaurant chain Tim Hortons this summer. And last Wednesday, it launched a similar sausage breakfast sandwich at several Dunkin’ locations to rave reviews.

The company currently sells faux ground beef and sausages at over 30,000 locations, including high-end markets like Whole Foods, as well as restaurants and other eateries.

Beyond Meat’s soaring stock, which has spiked by 700% since its public debut, has brought the plant-based scene to the forefront for investors. In fact, the category’s disruption has seen competitor Impossible Burger going toe-to-toe with Beyond Meat, and is expected to follow suit with its own IPO this year. Chief financial officer David Lee admitted Beyond Meat’s IPO was a “validation” for the company’s ambition to bring its burgers to the masses.

“I think their IPO indicates that retail investors, along with retail consumers, are ready for something better than the meat they’ve been eating for decades,” Lee said.

Beyond Meat’s “bacon” doesn’t have a set launch date at the moment. Brown said it would take a “breakthrough” for it to hit shelves anytime soon. 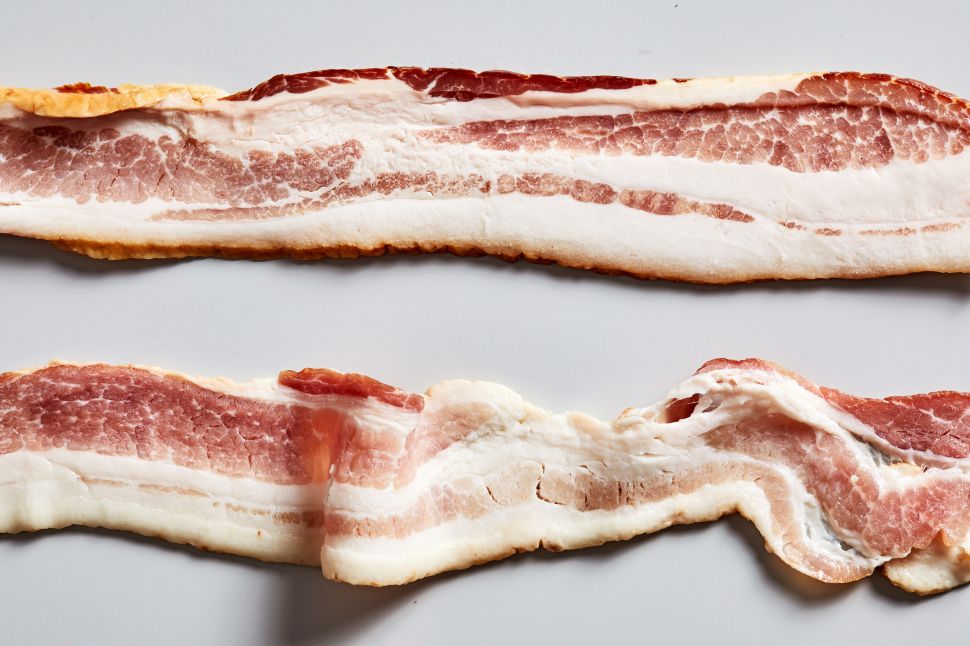