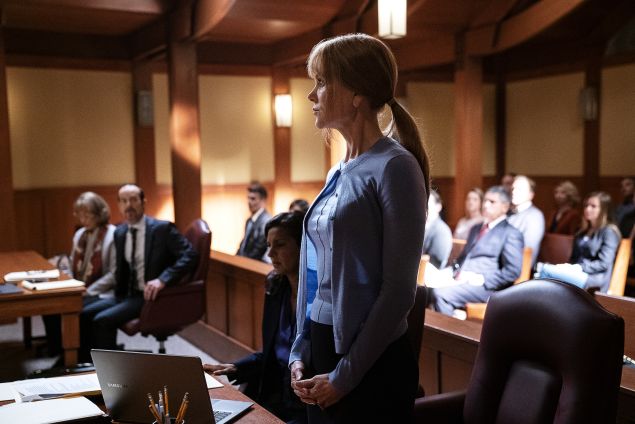 How will Celeste’s final day in court play out? Merie W. Wallace/HBO

It’s possible there hasn’t been such a tense, fictional courtroom scene since To Kill a Mockingbird. On Sunday’s Big Little Lies, the second season’s penultimate episode, Celeste (Nicole Kidman) was excruciatingly questioned by Mary Louise’s (Meryl Streep) relentless lawyer (Denis O’Hare). What starts out as a season about how secrets will surface quickly evolved into an epic and gruesome custody battle over Celeste’s twin boys. Now that Celeste, a certified and talented lawyer in her own right, will have the chance to question Mary Louise’s sanity—which is about as sturdy as a kite in a tornado—here are some possible outcomes of Big Little Lies’ explosive second season.

SEE ALSO: How the ‘Big Little Lies’ Makeup Team Crafted the Looks of Characters Who Are About to Crack

The looming fear over the past few episodes has been that Mary Louise will win full custody; Celeste’s strategic lawyer (Poorna Jagannathan) had urged Celeste to consider a joint custody out. While it seems unlikely now, given last episode’s climactic final moment when Celeste asked the no-nonsense judge (Becky Ann Baker) for permission to cross-examine Mary Louise, the worst-case scenario is that Celeste will still be deemed an unfit mother in the eyes of the court. And, sadly, they’d have ample evidence: Celeste has driven on Ambien, slapped her mother-in-law and brought strangers into the house for sex while the boys were at home.

What We’re All Hoping For

Mary Louise is batshit; let’s just get that out there. Conniving, mischievous and with little social grace, she’s a bit of a Cersei: she’ll do anything for the love of her kin. But with her on the stand next week, it seems likely some inconvenient truths will surface. Celeste learned last season that abusive behavior can often be inherited; her boys became bullies like her father, but where did his behavior come from? If Celeste can determine that Perry (Alexander Skarsgard) was also beaten by his mother, the case may be closed.

Or perhaps the finale will result in some other curveball; few can throw a twist like this dark comedy. Many unanswered questions remain that could dictate this series’ wrap up: has the motif and mystery of Bonnie’s (Zoë Kravitz) drowning ended now that she confronted her mother (Crystal Fox), or is more trouble on the horizon? And will she come clean in court and admit she pushed Perry, resulting in Celeste’s innocence and Bonnie’s condemnation? Or do the Monterey Five all admit what happened that night to clear their conscious and share the truth? That last option may be too tidy a bow to tie on a series that has always thrived on secrecy’s grip, and who knows how long HBO will try to milk the colossal success of its runaway hit. It’s hard to see where a third season would go, and while one has yet to be announced, it might be best for this show to bow out gracefully—or, at the very least, with Renata (Laura Dern) giving us one more meme-able zinger. 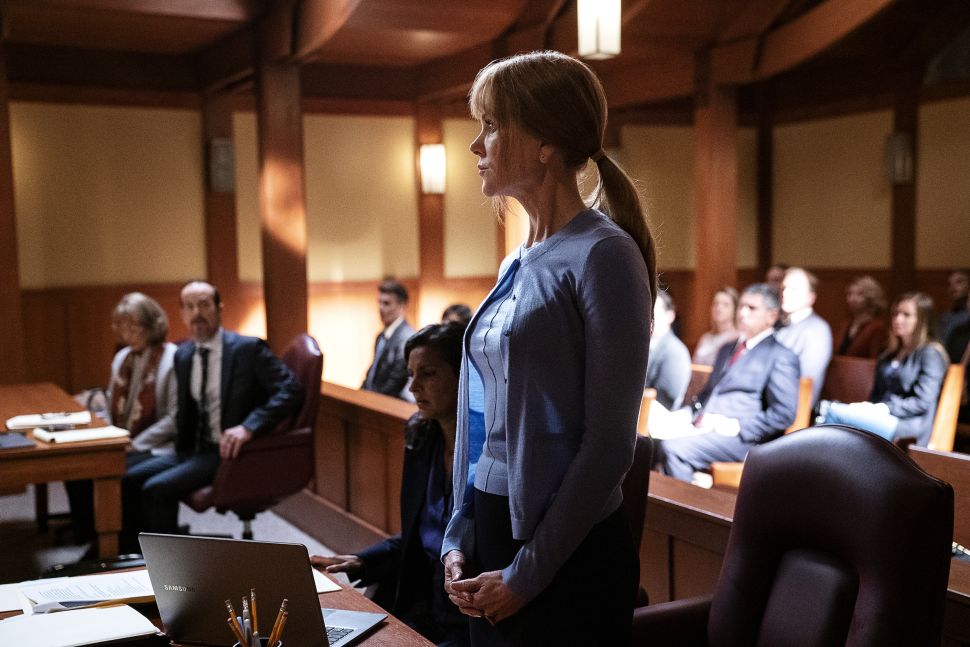