Nothing good comes from online. Online spawned 4chan, and then 8chan. Online is where Nazis post on Twitter and duck behind the veil of free speech to hide at the first sign of trouble. And online is where Border Patrol agents post, share and like photoshopped images of U.S. Rep. Alexandria Ocasio-Cortez fulfilling their obvious lurid fantasies and engage in “floater” trutherism, debating—apparently in earnest—whether or not the bodies of Oscar Alberto Martinez Ramirez and his 23-month old daughter, Angie Valeria, who drowned while attempting to cross the Rio Grande, were too “clean” to have actually drowned in , nature’s most effective cleaning agent.

“I’m not trying to be an a$$ but I HAVE NEVER SEEN FLOATERS LIKE THIS, could be another edited photo,” an unidentified Facebook user posted to a closed 9,500-member Facebook Group populated by current and former U.S. Border Patrol agents, as ProPublica reported in excruciating-yet-muted detail on Monday, while sharing the now-sickeningly iconic photo of Ramirez and his daughter locked in an embrace, face-down in the river. “We’ve all seen the dems and liberal parties do some pretty sick things…”

SEE ALSO: What Life Is Like Along the US-Mexico Border

Anyway, this is how some Border Patrol agents act online. Some, because there are 20,000 active-duty agents but only 9,500 members of the Facebook Group, and so not everyone tasked with ensuring the safety of the border swiped through content fantasizing about AOC engaging in sex acts in between shifts. But many did, enough for a University of Arizona sociologist to declare the “xenophobic and sexist” posts to be reflective of a “pervasive culture of cruelty aimed at immigrants,” as ProPublica reported.

This online behavior “confirms some of the worst criticisms of Customs and Border Protection,” said U.S. Rep. Joaquin Castro, the Houston Democrat who chairs the Congressional Hispanic Caucus.

In a way, Castro is absolutely right. A frequent critique of the federal agents enforcing U.S. border policy is that they are bigoted automatons set to “cruel,” pre-programmed to make the lives of vulnerable brown people as miserable as possible. In another very real way, Castro is living in the past, in an era when photos of Customs and Border Enforcement-run detention centers for migrants—kids in cages; families in standing-room only detention for weeks; basic human needs ignored—were not posted on the internet near-daily.

How you act online is largely reflective of how you think in real life, researchers believe, and since the Border Patrol actively warehouses human beings in cages and denies them the most basic access to their needs in real life—photographic evidence of which is readily available and updated near-daily—it is not much of a stretch to imagine how agents who allegedly tell the people under their care to drink from toilets might be reprehensible online.

Lot to unpack in these photographs dated 6/10/19 at the Border Patrol Station in McAllen TX. In this picture small children are being detained with a large group of what appears to be mostly men. #ICE pic.twitter.com/R6Vp4J9SGs

It is not a surprise, but it is relevant. As ProPublica noted, the “I’m 10-15” Facebook Group—a reference to Border Patrol code for “aliens in custody”—is the latest in a string of law enforcement personnel displaying prejudice online. In San Francisco, cops swapped text messages mocking black people. Reveal reported that “hundreds” of active and former law enforcement officers are frequent posters in white supremacist and anti-government online groups. And after U.S. Border Patrol agent Matthew Bowen allegedly ran down a migrant with his pickup truck, a subsequent search of his phone revealed—wow!—that he and some of his co-workers really, really didn’t like the people crossing the border they are sworn to “protect” (whatever that exactly means).

All of this is evidence of bias. Evidence of bias, in policing and in prosecution, can be grounds for dismissal of criminal charges, and maybe for a cash settlement for the victim of bias. Can be, but not always. This is why cops go to great lengths to not show bias—it undoes the work they did. In the case of the beleaguered Border Patrol, whose boss quit last week, in whose custody children are dying and adults are denied basic access to sanitary facilities, the badness of online is not as foul as the badness displayed in real life, every day, in public view.

“Only a callous person could find mirth in the misery at the border,” The New York Times editorial board wrote on Monday evening. “And only a desensitized nation could continue to permit the separation of children from their parents—and detaining all of them in atrocious conditions—as a morally acceptable form of deterrence.” But they do, and we do. And none of this is online, and so none of what the Border Patrol agents shared from the safety of their smartphones should astound. 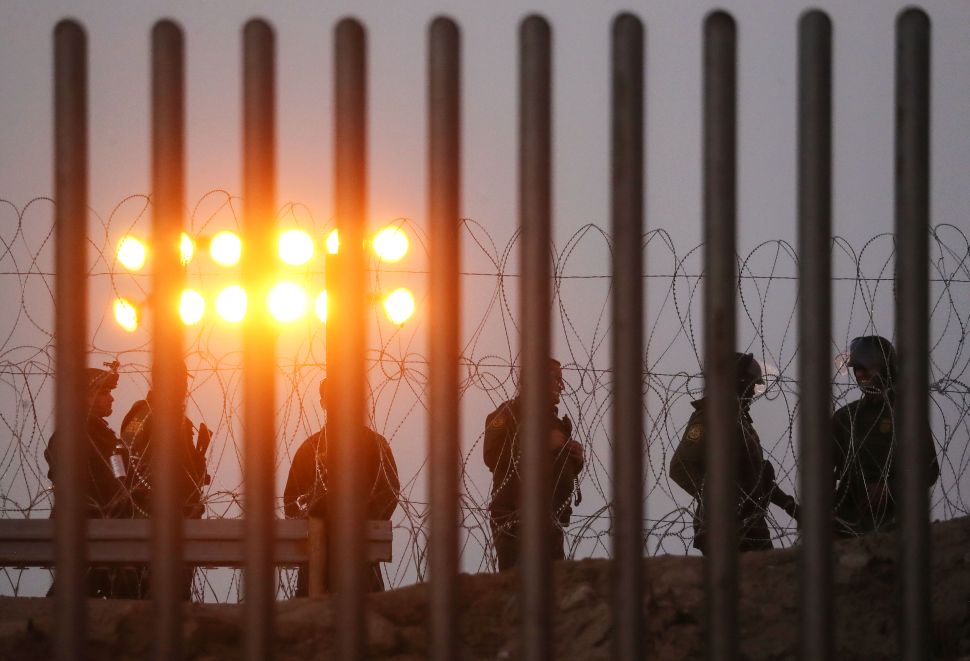