The systematic subjugation of Jewish communities has appeared throughout history in many different forms, and it’s important to reconcile yourself with both the specifics of these atrocities and with the incredible culture that was lost or hidden due to the terrible destructive force of persecution. On July 22, a new exhibition will open at The Met Cloisters that will champion certain treasures that were deliberately obscured from view by their owners to avoid the consequences of violence against Jews. Originally discovered in 1863 in the walls of a home in Colmar, France, the Colmar Treasure is a collection of precious artifacts that were the property of a single Jewish family who lived during the 14th century.

The pieces themselves serve as breathtaking examples of craftsmanship and upend expectations about what medieval art looks and feels like. The Colmar Treasure includes rings decorated with many different precious stones, including garnet and sapphire, as well as elaborate gilded brooches and ornate cups. Their beauty adds dimension to the sad story that defines them. At one point, the Jewish community that was in care of these items was flourishing, but during the outbreak of the Black Death plague that exterminated thousands of Europeans between 1348 and 1349, Jews themselves were unjustly blamed for the rampant spread of the disease.

People consumed with terror who lived alongside the Rhine river at the time accused Jews of poisoning the supply, thereby making medieval Jews undeserving scapegoats for the plague. Next, residents of Colmar burned its many Jewish citizens to death. In the aftermath of this horrific massacre, the emperor began to seize significant Jewish assets, which is why the persistent existence of the Colmar Treasure today is something of a miracle.

Visiting the exhibition and paying homage in some small way to the sufferers of this persecution is an act that feels very appropriate given the hateful nature of our current political landscape. 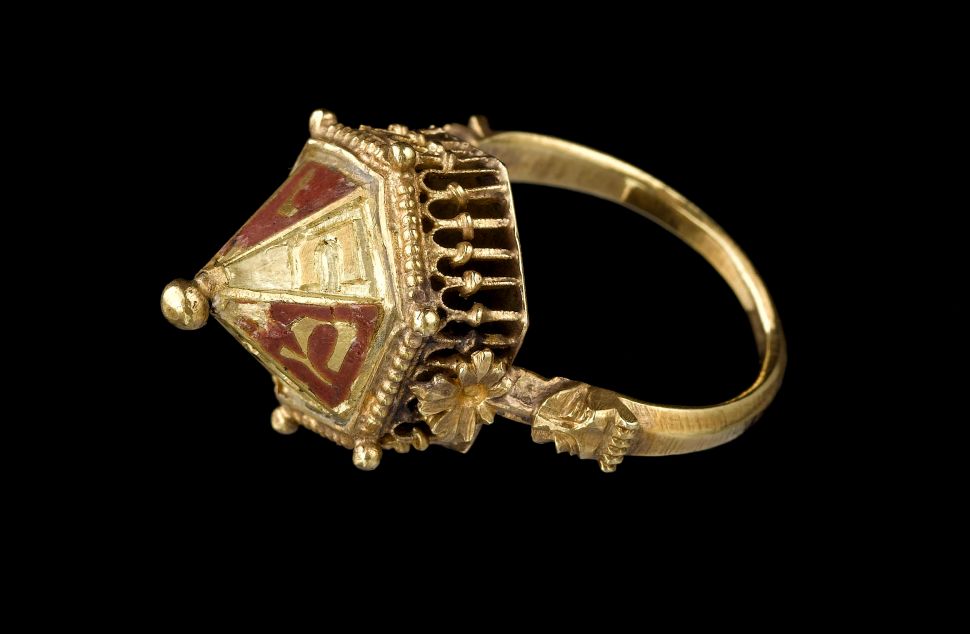