Craving a disaster epic, flesh-crawling horror movie, or breathless thriller? Crawl is all three rolled into one, realistically directed by French scare maven Alexandre Aja, whose nerve-frying 2006 nightmare The Hills Have Eyes raised the bar on the terror genre. Forget about silly zombies and corny vampires. Nothing is scarier than nature. Crawl is about a college girl, her wounded father and their family poodle, seeking shelter from a category five Florida hurricane and trapped in the crawlspace under a flooded house filled with man-eating alligators. The panic that ensues is not only palpable, it’s pulverizing.

Local residents in South Florida have been evacuated, but Haley Keller (Kaya Scodelario) breaks through the highway barriers and drives to her family’s overflowing lake house to check on the welfare of her estranged father Dave (Barry Pepper). In the house, which is for sale and almost empty except for the rising , she finds the dog, a cell phone and her dad, who has retreated to the cellar to escape an army of ferocious reptiles the size of motorboats from the nearby swamps.

Reportedly, alligators are less predatory and vicious than crocodiles, but you wouldn’t know it from these monsters. They’re mad as hell, they’re protecting their eggs, and they’re hungry for human food. Even though you know they’re not real, they’re frightening enough to scare the living daylights out of you.

In the compounding special effects, the director creates a claustrophobic underground world of mounting terror where the power has failed, the exits are blocked, the phones are dead and the only sound is the snapping jaws and roaring growls of the predators. In this tight, dark and controlled space full of exploding pipes, falling bricks, mud and rats, tertiary characters arrive in the form of cops, looters and potential rescuers, but they all become gator bait as severed limbs and bloody corpses multiply.

The gators are brilliantly conceived CGI creations, but so real that the suspense becomes unbearable and the audience screams are justified. There is a point to the carnage about nature unleashed, climate change, and human courage under fire, and the screenwriters, Michael and Shawn Rasmussen, even find the time for character development. It helps that Haley is a competitive swimmer on an athletic scholarship and her dad is her ex-team coach, but just when they think they’ve outsmarted the alligators, here comes the tidal wave!

While Crawl never quite achieves the classic status of Jaws, it’s so convincing that you forget about the mechanics and become petrified by the gore. Unlike shark movies, gator movies have never received the importance they deserve, but Aja elevates the genre beyond all expectations. I could do without the dose of tongue-in-cheek humor when the sound track erupts behind the end credits with Bill Haley and the Comets singing “see you later, alligator…after while, crocodile.” But that doesn’t keep Crawl from being the most satisfying horror film of the summer. 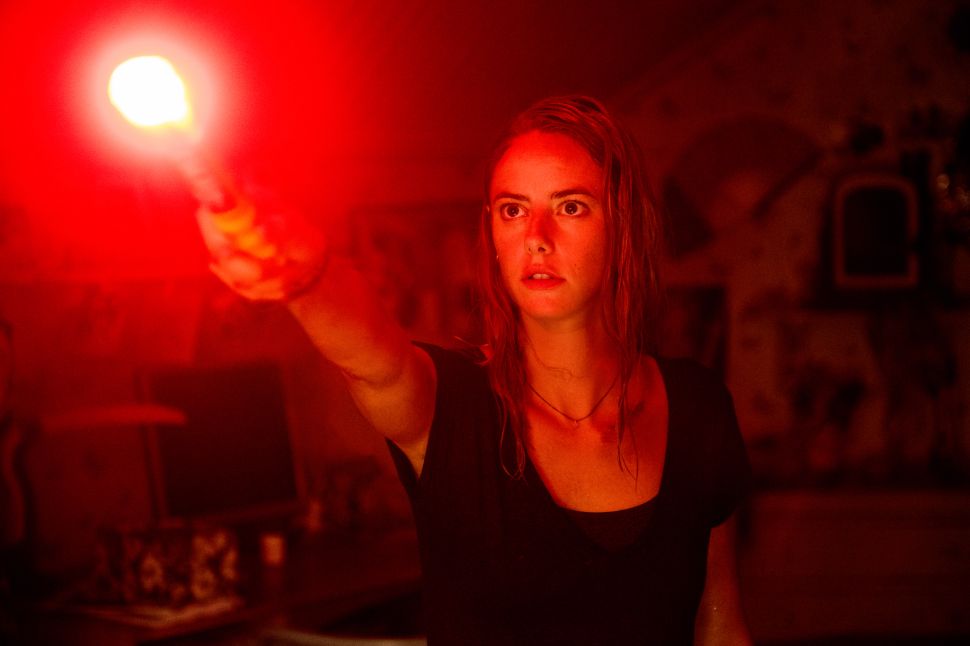