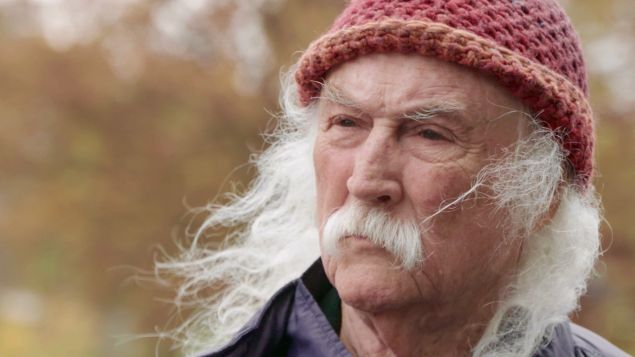 It is the kind of curse a witch would put on a vain young prince in a Grimms’ Fairy Tale: you can achieve perfect harmony, but no one can stomach being in your presence long enough to sing with you. Or as David Crosby says near the end of A.J. Eaton’s documentary David Crosby: Remember My Name, “All of the guys I used to make music with won’t even talk to me.”

Not Roger McGuinn, who kicked Crosby out of the Byrds in 1967, calling his penchant to overtake their performances to spout Kennedy assassination conspiracy theories “insufferable.”

Not Neil Young, who lent and revoked his ragged and uncouth glory to the supergroup Crosby, Stills & Nash—creating a super-duper group. The “Heart of Gold” singer hasn’t been able to stand him since “the Croz” mouthed off about his then-girlfriend, now-wife Daryl Hannah to a reporter at the Idaho Statesman. (Crosby has since apologized.)

Not even Graham Nash—who was once as close as a brother to Crosby. Nash now contends that Crosby ripped the soul out of their band and hasn’t spoken to him in years.

SEE ALSO: With ‘The Farewell,’ Awkwafina Cements Herself as a Certain Type of Star

To what can you ascribe such an elevated degree of animosity towards a guy who has spent most of his life looking like an overly jolly Keebler elf, slightly gone to seed?

For starters, there’s Crosby’s legendary anger. Then there’s the lack of a filter between what he thinks and what he says. And let’s not forget his epic addiction to cocaine and heroin which made him one of the more notorious junkies of the ’70s until landing him in Texas state prison in 1982; there he managed to finally kick the hard stuff after years of trying. (The singer, who recently launched his own strain of cannabis, is briefly shown smoking pot in the film while recreating the famous Henry Diltz photograph that serves as his Twitter avatar.)

Perhaps the collection of hurt feelings is simply the result of surviving, which alongside his perfect middle tenor, turns out to be Crosby’s greatest gift. What else can you say about a man who, in addition to getting a new liver back in 1994, has eight stents in his heart, was diagnosed with hepatitis C, and is a Type 2 diabetic? He spends the whole film staring death down as if he is in a game of chicken he knows he is going to lose.

This is what makes the film so much more involving that the typically hagiographic rock biopic. Produced by Cameron Crowe, who interviewed Crosby as a young journalist for Rolling Stone in 1974, the film spins a powerful and enlightening fable about the ultimate cost of survival. It’s about what happens when the most reckless and bridge-burning among us ends up being rock’s Harry Potter—i.e. the boy who lives—and must sift through the guilt and wreckage of all the relationships left in his wake.

Though it definitely has some Spinal Tap moments (and you get the sense that the largely self-aware Crosby is more often than not in on the joke), the film avoids some of the most troublesome conventions of its genre.

Because it ends on the acrimony (which tends to close the second act of Behind the Music style retellings of the Rock n’ Roll rollercoaster, not the last) David Crosby: Remember My Name becomes the story of a man who falls several football stadiums short of finding the peace he sang about so melodiously in his heyday. Instead, he discovers something far more powerful: purpose.

The film shows, convincingly and with much surprise, that while he may look like a white-haired hippie shaman on his last legs, the David Crosby of today may be more musically vital than ever before.

Having recorded five albums of material over the last five years, Crosby tours with a collection of Brooklyn-based musicians. While he loves the music, for a man with his health history touring is, to put it mildly, dangerous. He contends that nightly gigs are the dragon he must regularly slay to make the monthly mortgage on the horse farm where he lives with Jan, his wife since 1987. (Unlike other members of the various groups he was in, Crosby never wrote any of the big hits.)

Contrasted with the last appearance of CSN—where the three troubadours warbled through a grotesquely bad rendition of “Silent Night” in front of a visibly perplexed President and First Lady at the National Christmas Tree Lighting in 2015—the music Crosby makes these days actually sounds good. As the comically disastrous final outing of America’s first supergroup attests, some things really are meant to die. 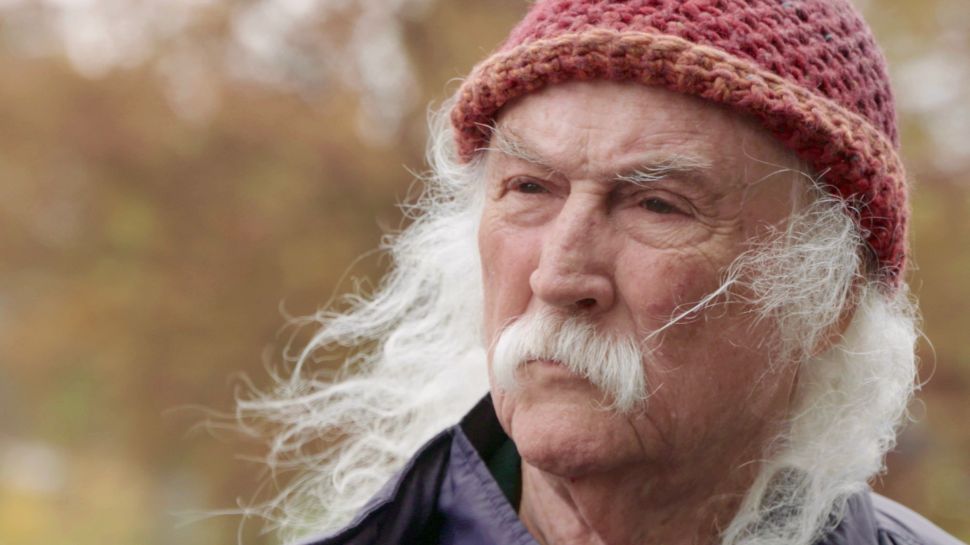