On HBO’s Silicon Valley, the Pied Piper crew’s mission is to create a decentralized internet that cuts out intermediaries like Facebook, Google, and their fictional rival, Hooli. Surely a move that would make Hooli’s megalomaniac founder Gavin Belson (also fictional) furious.

But in practice, a small number of companies really control how we use the internet. Sure, you can pretty much publish whatever you want and slap up a website almost instantaneously, but without Google, good luck getting folks to find your site. More than 90 percent of general web searches are handled by the singular humongous search engine—Google.

If things go sour with you and Google, the search giant could make your life very difficult, almost making it appear like you’ve been washed off the entire internet planet. Google has positioned itself as pretty much the only game in town.

Colin Pape had that problem. He’s the founder of Presearch, a decentralized search engine powered by a community with roughly 1.1 million users. Presearch uses cryptocurrency tokens as an incentive to decentralize search. The origin story: Before starting Presearch, Google tried to squash Pape’s business, well not exactly squash, but simply erase it from searches.

In 2008, Pape founded a company called ShopCity.com. The premise was to support communities and get their local businesses online, then spread that concept to other communities in a franchise-like model. In 2011, Pape’s company launched a local version in Google’s backyard of Mountain View, California.

End of story, right? No.

“We woke up one morning in July to find out that Google had demoted almost all of our sites onto page eight of the search results,” Pape explained. Pape and his crew thought it was some sort of mistake; still, the demotion of their sites was seriously hurting the businesses they represented, as well as their company. But something seemed fishy.

Pape had read stories of businesses that had essentially been shut down by Google—or suffered serious consequences such as layoffs and bankruptcy—due to the jockeying of the search engine.

“Picture yourself as a startup that launches a pilot project in Google’s hometown,” said Pape, “and 12 months later, they launch a ‘Get Your City Online’ campaign with chambers of commerce, and then they block your sites. What would you think?”

It was hard for Pape not to assume his company had been targeted because it was easy enough for Google to simply take down sites from search results.

“We realized just how much market power Google had,” Pape recalled. “And how their lack of transparency and responsiveness was absolutely dangerous to everyone who relies on the internet to connect with their customers and community.”

Fortunately, Pape’s company connected with a lawyer leading a Federal Trade Commission (FTC) investigation into Google’s monopolistic practices. Through the press, they put pressure on Google to resolve its search issues.

This was the genesis for Presearch, ‘the Switzerland of Search,’ a resource dedicated to a more open internet on a level playing field.

“The vision for Presearch is to build a framework that enables many different groups to build their own search engine with curated information and be rewarded for driving usage and improving the platform,” Pape told Observer.

But why is this so important?

“Because search is how we access the amazing resources on the web,” Pape continued. “It’s how we find things that we don’t already know about. It’s an incredibly powerful position for a single entity [Google] to occupy, as it has the power to shape perceptions, shift spending and literally make or break entire economies and political campaigns, and to determine what and how we think about the world.”

You have to realize that nothing is truly free.

Sure, we use Google for everything from looking for a local pet groomer to finding Tom Arnold’s IMDB page. (There are a few other things in between.) Google isn’t allowing us to search out of the goodness of its heart. When we use Google, we’re essentially partaking in a big market research project, in which our information is being tracked, analyzed and commoditized. Basically, our profiles and search results are sold to the highest bidders. We are the product—built upon our usage. Have you taken the time to read Google’s lengthy terms of service agreement? I doubt it.

How else is Sergey Brin going to pay for his new heliport or pet llama?

Google’s current model makes us passive consumers who are fed search results from a black box system into which none of us have any insight. Plus, all of those searches are stored, so good luck with any future political career if a hacker happens to get a hold of that information.

Presearch’s idea it to allow the community to look under the hood and actively participate in this system with the power of cryptocurrency to align participant incentives within the ecosystem to create a ground-up, community driven alternative to Google’s monopoly.

“Every time you search, you receive a fraction of a PRE token, which is our cryptocurrency,” explained Pape. “Active community members can also receive bonuses for helping to improve the platform, and everyone who refers a new user can earn up to 25 bonus PRE.”

Tokens can be swapped for other cryptocurrencies, such Bitcoin, used to buy advertising, sold to other advertisers or spent on merchandise via Presearch’s online platform.

Presearch’s ethos is to personalize the search engine rather than allowing analytics to be gamed against us, so users are shown what they want to see. Users can specify their preferences to access the information they want, rather than enveloping them in filter bubbles that reinforce their prejudices and bad behaviors, simply to makes them click on more ads.

“We want to empower people rather than control them,” Pape said. “The way to do that is to give them choices and make it easy for them to ‘change the channel,’ so to speak, if the program they’re being served isn’t resonating with them.”

Another thing to fear about Google, aside from the search engine being turned on its head and being used as a surveillance tool in a not-so-distant dystopian future, is an idea that’s mentioned in Jon Ronson book, So You’ve Been Publicly Shamed. People’s lives have been ruined due to Google search results that live on forever after false scandalous accusations.

How will Presearch safeguard us against this?

“We are looking at a potential model where people could stake their tokens to upvote or downvote results, and then enable community members to vote on those votes,” said Pape. “This would enable mechanisms to identify false information and provide penalties for those who promote it. This is definitely a tricky subject that we will involve the community in developing policies for.”

Pape’s vision is very much aligned with Pied Piper’s on HBO’s Silicon Valley.

“It is definitely pretty accurate… a little uncanny, actually,” Pape said after his staff made him watch the latest season. “It was easy to see where the show drew its inspiration from.”

But truth is stranger than fiction. “The problems a decentralized internet are solving are real, and will become more and more apparent as the Big Tech companies continue to clamp down on the original free and open internet in favor of walled gardens and proprietary protocols,” he explained. “Hopefully the real decentralized web will be the liberating success that so many of us envision.”

Obviously an alternative to Google’s search monopoly is a good thing. And Pape feels that breaking up Google might help in the short term, but “introducing government control is just that—introducing more control,” Pape said. “We would rather offer a free market solution that enables people to make their own choices, which provides alignment of incentives and communities to create true alternatives to the current dominant forces.”

Presearch may or may not be the ultimate solution, but it’s a step in the right direction 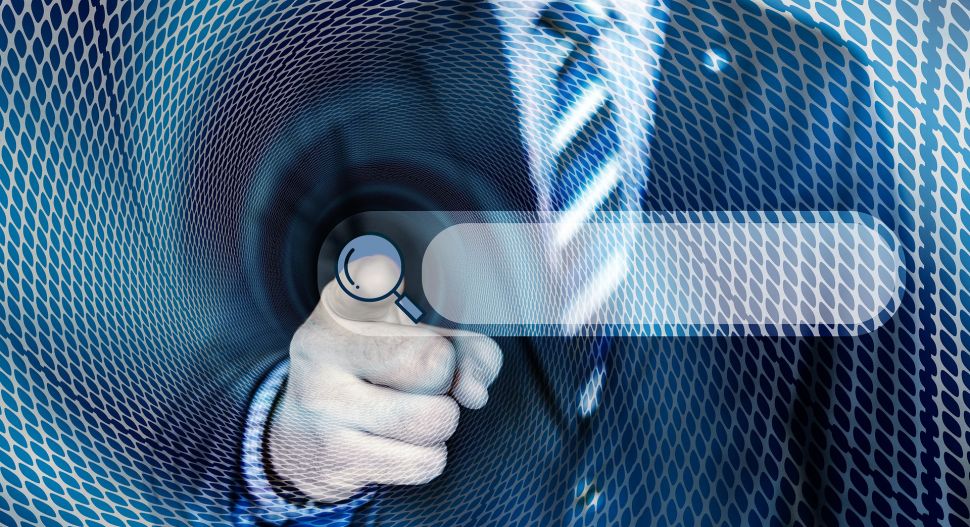