Desolate claims to be an old-style western jazzed up with new-style ideas, but it’s nothing new and the pulverizing violence has been done before, in gangster pictures with cowboy hats. Slogging along from one slaughter to the next, a benign narrative unfolds about a family of savages hell-bent on their own self-destruction, with no redeeming qualities.

SEE ALSO: John Travolta’s ‘The Poison Rose’ Is Another Dull Whodunit Nobody Wants to See

In a futuristic unidentified landscape (I noticed one rusty California license plate, but from the barren plains it could be Mars) ravaged by the worst, longest and most punishing drought in history, the once fertile farm land has dried up, the cattle are dead and the people have become criminals. It hasn’t rained in years.

In this burned out dystopia, a farmer with five sons named Stone is rendered insane by a Hatfield-McCoy style feud with a neighboring family of farmers when one of the sons is murdered. In retaliation, the old man sends the other four boys off on their motorcycles to wipe out the killers and rip off a gang of drug dealers who stay alive from the money they make cooking crystal meth.

Billy, the youngest brother, played by handsome, charismatic newcomer Will Brittain, longs to escape with his girlfriend to a better life, but first he has to help his brothers rob another gang of Asian drug dealers who have kidnapped and gang-raped his girl. Billy is shot, betrayed by his brothers, deserted in the middle of the desert and left for dead. Miraculously rescued by a mercenary, he is forced to survive the best way he can in a blood-soaked T-shirt.

Searching for his girl, who has been turned into a sex slave by the heroin-addicted Asians, it’s the drug dealers against each other, Billy against his brothers, and no sign of the cops in sight. The quest to find the brothers who double-crossed him leads to gangs of sex traffickers, brothels and assorted human varmints who look like Yosemite Sam. Blame it on climate change, but that’s an issue all but obfuscated by Frederick Cipoletti’s inept direction and a muddled screenplay, co-written by Cipoletti and Jonathan Rosenthal.

It’s impossible to know who’s who, what they want, or where they are. The centerpiece of a film that changes plots more often than camera lenses is Brittain. This is good, because he’s the only one in a cast of unknowns who is still alive in the end. His Billy is not much of a hero and anything but innocent, but he has enough talent to hold interest. Everything else in Desolate is dreary, violent and pointless. 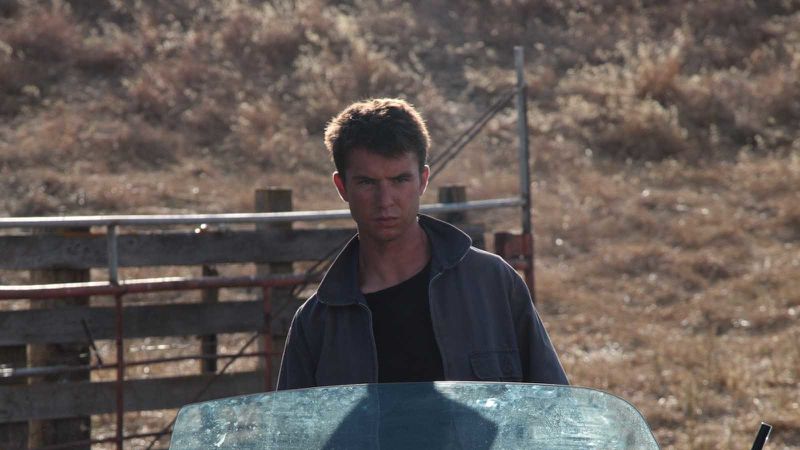