Detroit Art Week (DAW) kicks off its second installment today (running through July 21), offering both locals and visitors a crash course in the city’s creative scene. From a solo show staged in an artist’s apartment to a curatorial round-up hosted in twelve rooms at the Trumbull & Porter Hotel, DAW aims to showcase what makes the Motor City special.

“That’s the magic of Detroit Art Week,” says Amani Olu, who co-founded the initiative with Aleiya Lindsey. “We weren’t thinking about, ‘How many artists can we fly in from other parts of the world to do exhibitions and projects?’ The offer that we’re making to the larger world is that Detroit, on its own, is really strong. There are a lot of important artistic practices and a serious gallery scene. It’s an open invitation to anyone who wants to come experience what we experience on a regular basis.”

The inaugural edition of DAW was something of a trial balloon, but this time around Olu and Lindsey have gotten local galleries onboard in a more concentrated way. A series of 36 exhibitions will be open across the city, along with artist’s studio visits (free with RSVP) and panel discussions.

The alternative space 2061.World, located in the home of designer and consultant Ouliana Ermolova (who also crafted DAW’s visual identity), will show the work of Detroit’s Wayne Curtis. Norwest Gallery of Art is opening “Tinder Moments,” an intriguing (and apparently interactive) exhibition centered around the ubiquitous dating and hook-up app. Playground Detroit is highlighting the joyous, abstract work of painter and muralist Ellen Rutt, and Reyes | Finn is opening a quartet of new shows and projects, including a solo by sculptor Marcellus Armstrong riffing on the film Coming to America. And Library Street Collective, a group show curated by Ingrid LaFleur unpacks the au currant aesthetics of Afrofuturism.

“Art and activism pretty much go hand in hand” in Detroit, Olu said, when I asked him what sets the city’s scene apart. (That, plus affordable rents and an underlying “entrepreneurial spirit,” make it a very different place than New York, where Olu spent well over a decade before relocating to Michigan.) “The work that I’ve seen here is just really different in terms of material and approach,” he adds. “I’ve seen work here that I know could never really thrive in a city like New York.”

Still, part of the allure of Detroit Art Week is the chance to forge relationships beyond the city’s limits. “Detroit is so cool and Midwestern, but sometimes it can be a little insular,” says Lindsey, who grew up in the city. “We’re excited to have artists coming to Detroit as visitors, in hopes of greater collaboration.”

The project “Show me your Shelves!,” for instance invites two artists from Frankfurt and Berlin to pair with two from Detroit for an unconventional exhibition held at the Detroit Public Library. And “Young Curators, New Ideas V”—the fifth installment of a long-running series that Olu originally launched in New York—brings a dozen curators together at the Trumpbull & Porter Hotel. The sprawling exhibition features artists from Bogota to Houston (and includes a working tattoo parlor, courtesy of Amy Khosbin, who describes herself as an “Iranian-American Brooklyn-based artist, rapper and politician.”)

Several can’t-miss special projects dot the DAW itinerary as well, including “Future Distortion” at 2545 Bagley Street, a seemingly Meow Wolf-style experience created by Hygienic Dress League, a.k.a. Dorota and Steve Coy. (“You walk into a regular bar in the year 2019,” Steve tells me, “and through an unmarked door in the back you’re transported to a dystopian futurescape that is somewhere between a dream-like state and neo-Surrealism.”)

Also worth your attention: An exhibition of new work by a trio of resident artists at Red Bull Arts Detroit; Unit 1:3583, an eerie, permanent, site-specific installation by Anders Ruhwald; and the four-person show “Unboxing: Doublespeak” at the Museum of Contemporary Art Detroit (which also has concurrent solos from Eddie Martinez and KAWS).

Meanwhile, there’s plenty of art-adjacent activities to add to your itinerary. Bridget Finn, partner at Reyes Finn, recommends browsing the stacks at Book Beat, co-owned by Cary Loren and Colleen Kammer. “Cary was my favorite professor in college—he’s got stories for days,” she says. “And more importantly he’s a founding member of the legendary art-band Destroy All Monsters, which he started back in 1974 alongside Niagara, Jim Shaw and Mike Kelley.” Incidentally, the Detroit Festival of Books kicks off on July 21.

The fashionably inclined will want to check out Linda Dresner’s shop (“the first person to bring Comme des Garçons and Yohji Yamamoto the States,” Finn notes), and Trinisophes, a hybrid cafe and event space.

So what are you waiting for? Get out that Shinola bike, crank some Death, and get ready to experience everything Detroit Art Week has to offer. Take it from Olu, whose confidence is hard to resist. “It’s already dope here,” he says. “Just come out and see what we’re doing.” 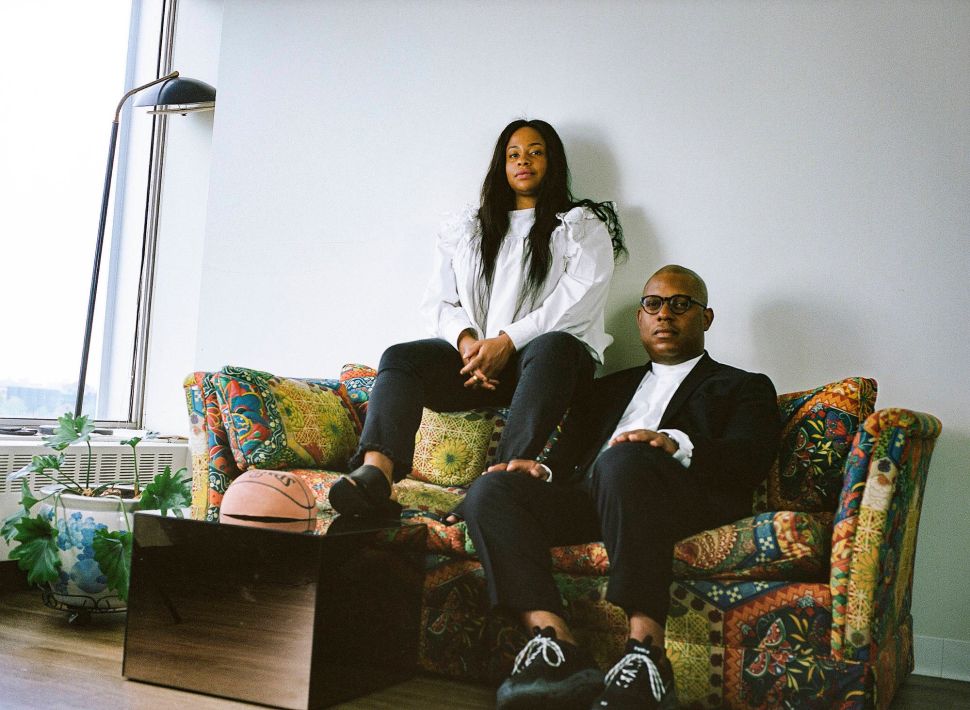