Universal’s first Fast and Furious spinoff, Hobbs and Shaw, hits theaters this weekend and is followed a few weeks later by Sony’s The Angry Birds Movie 2. Fall will see Warner Bros. roll out It: Chapter II and Joker, while Disney attacks the cold months with a Maleficent sequel, Frozen II and Star Wars: The Rise of Skywalker. In short: there’s a lot of big movies on the horizon that are in some way, shape or form related to existing properties.

Why is that 2019 feels absolutely bloated with sequels, reboots and franchise continuations? Because the Hollywood ecosystem now revolves around repetitive cash flow. We’re a long way removed from Rain Man leading the year at the box office. So, in the current climate where no attack plan can be taken seriously without at least a couple potential trilogies, which studios are well-equipped to do battle and which are falling behind in the arms race?

Here’s a look at how the big six studios are faring.

Disney is currently enjoying an unparalleled stretch of dominance at the box office. The studio has already toppled its 2016 worldwide box office record of $7.6 billion, and there are still five months to go in the year. Avengers: Endgame is officially the highest-grossing film of all time (for now), and the MCU’s Phase IV slate just blew the doors off of Comic-Con. Throw in the extra boost from 21st Century Fox (more on that later) and it’s easy to see why Disney reigns supreme at the moment.

Other Franchise Assets: Lucasfilm’s Star Wars, ever heard of it? Disney’s four installments set in a galaxy far, far away have grossed more than $4.5 billion worldwide all together. Pixar continues to be a family-friendly four-quadrant maestro with massive appeal. Aladdin and The Lion King prove that Disney’s in-house divisions are still cooking. No other studio can compete with Disney’s breadth of IP.

Let’s be clear: Warner Bros. is far more than the DCEU. Until Aquaman flooded the box office in December last year, WB didn’t boast a single film in the domestic top-10, yet it was firmly among the top three highest-grossing studios. Aiming for singles and doubles hasn’t proven to be a consistently reliable strategy, but no one does it better than WB. Of course, it helps that the studio possesses the second-best library of franchise IP behind Disney.

Other Franchise Assets: Fantastic Beasts: The Crimes of Grindelwald cooled interest on the series, but the Wizarding World remains a powerful title. The MonsterVerse is moving ahead with Godzilla vs. Kong next year despite King of the Monster‘s stumble this summer. The Conjuring universe continues to outperform expectations and It: Chapter II should be a major winner.

Dwayne Johnson’s Hobbs and Shaw is looking like a sure fire hit, giving Universal another leverage point in the Fast and Furious franchise. Sure, The Rock’s absence from next year’s Fast 9 will probably hurt overall ticket sales—the most recent two entries have both earned at least $1 billion overseas alone—but credit Universal for creatively expanding this series into the global phenomenon it has become.

Other Franchise Assets: The Jurassic World revival is still going strong with a trilogy-capper set for next year. Universal has done a great job of keeping pace at the box office without the aid of superheroes. Illumination Animation, female-fronted powerhouses (Fifty Shades, Mamma Mia!) and a lucrative low-risk, high-reward deal with Blumhouse Productions keeps them in the black.

Spider-Man: Far From Home currently sits at just north of $1 billion worldwide, making it the highest-grossing global Spidey flick ever and Sony’s second-biggest worldwide hit overall. Of course, Marvel Studios handles the creative side of things, while Sony handles distribution and marketing, but that’s simply semantics.

Other Franchise Assets: Thanks to the shocking success of Venom, Sony now has a foothold in its long sought-after shared comic book universe. If Jared Leto’s Morbius connects, the studio will be off to the races. Elsewhere, Johnson’s Jumanji continuation has proven to be a delightful moneymaker and a sequel is set to arrive in December.

Under the stewardship of writer/director Christopher McQuarrie and Tom Cruise’s increasingly obvious death wish, the Mission: Impossible series has hit new commercial highs in its last two outings. With two more films on the docket, the studio is hoping to maintain momentum.

It’s not entirely clear what’s happening with Paramount’s Transformers series. Last year’s well-received Bumblebee was meant to be a soft reboot, but not much has been heard about its future following a solid but unspectacular $468 million worldwide run. At one point in the mid-2000s, Paramount was a guaranteed hit-maker (remember, it initially helped launched the MCU). Now? The studio has sadly fallen on tough times.

Other Franchise Assets: Paramount had revamped its release slate to better reflect the IP-driven era of today, but its plans have incurred some early setbacks (RIP, Hasbro Universe). Now, it’s up to A Quiet Place 2, kid-focused franchises such as Dora the Explorer and SpongeBob and blasts from the past such as Top Gun: Maverick and Coming to America 2 to carry the load. If the studio ever get around to making Michael B. Jordan’s potential franchise-launching pad Without Remorse, all the better.

Fox now belongs to Disney so, technically, there are only five major studios left. Pour one out for our fallen brethren.

It’s been 10 years since the original Avatar hit theaters, but Fox had committed $1 billion into Cameron’s four sequels. Based on its scheduling moves to alternate Avatar and Star Wars Christmas releases over the next few years, Disney is clearly high on the franchise’s prospects.

Other Franchise Assets: The X-Men and Fantastic Four now belong to Marvel, but we won’t be seeing them for some time. The Kingsman series was hoping to set up a prequel franchise with February’s terribly titled The King’s Man. Alita: Battle Angel, which proved stubbornly likable to some audiences, but it’s $85 million domestic take likely kills its shot at a sequel. 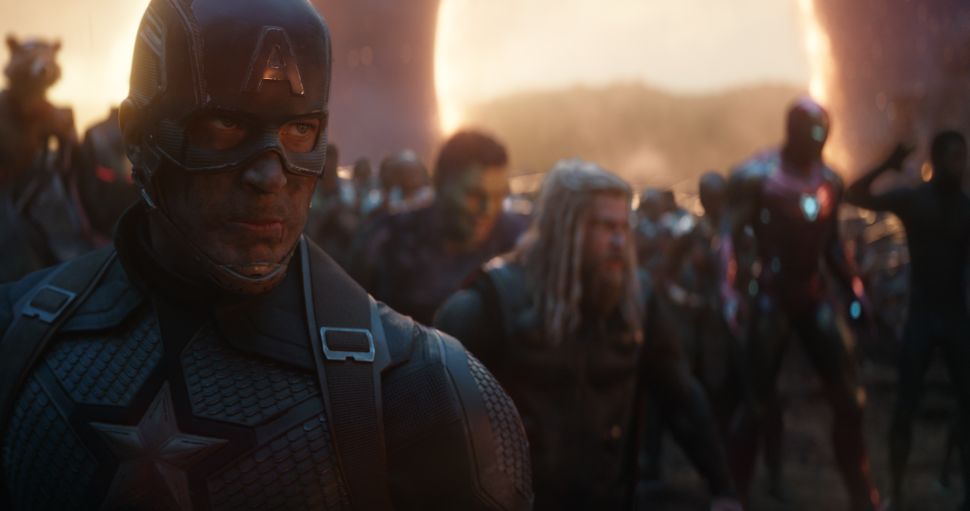