Domino’s wants customers to get the door—without popular delivery apps.

The world’s largest pizza chain, sales-wise, is planning to address the pressure it’s gotten from some of today’s most popular delivery apps. Domino’s Pizza, Inc. has resisted the temptation to join food ordering platforms such as Uber Eats and GrubHub in order to avoid the high commission fee, a decision that has ultimately resulted in stagnant growth.

SEE ALSO: No, Chuck E. Cheese Is Not Reusing Your Uneaten Pizza

Last week, the company’s earnings report showed it missed its sales goal, with sales only increasing by 3% instead of the expected 4.6%. Despite the pizza chain’s efforts to invest in its proprietary delivery app over the years, its lack of partnerships with delivery’s biggest players has evidently hurt its bottom line. Its shares fell almost 9% following the earnings announcement, with Deutsche downgrading its stock to “sell.”

“We continue to experience pressure on the U.S. comp from our successful fortressing strategy as well as from aggressive marketing of third-party aggregators,” CFO Jeffrey Lawrence said during a call with investors.

However, on Monday, the company announced that it will continue to stave off the likes of Postmates and Seamless with an expansion of its own delivery infrastructure. Domino’s plans to reach 25,000 global stores—up from today’s 16,000—and $25 billion in sales by the year 2025. The idea is to have enough retail locations to fulfill orders quickly while maintaining customer service quality.

The lofty goals imply that the historic chain isn’t giving up on enticing loyal customers—many of who participate in its rewards program—to use the Domino’s platform instead of the limitless options on other delivery apps.

As today’s food-hailing apps continue to gain market share, Domino’s will likely continue to be forced to keep up. For example, with the current rapid growth of Uber Eats, thanks to backing from its powerful parent company, the food delivery war is more fierce than ever. 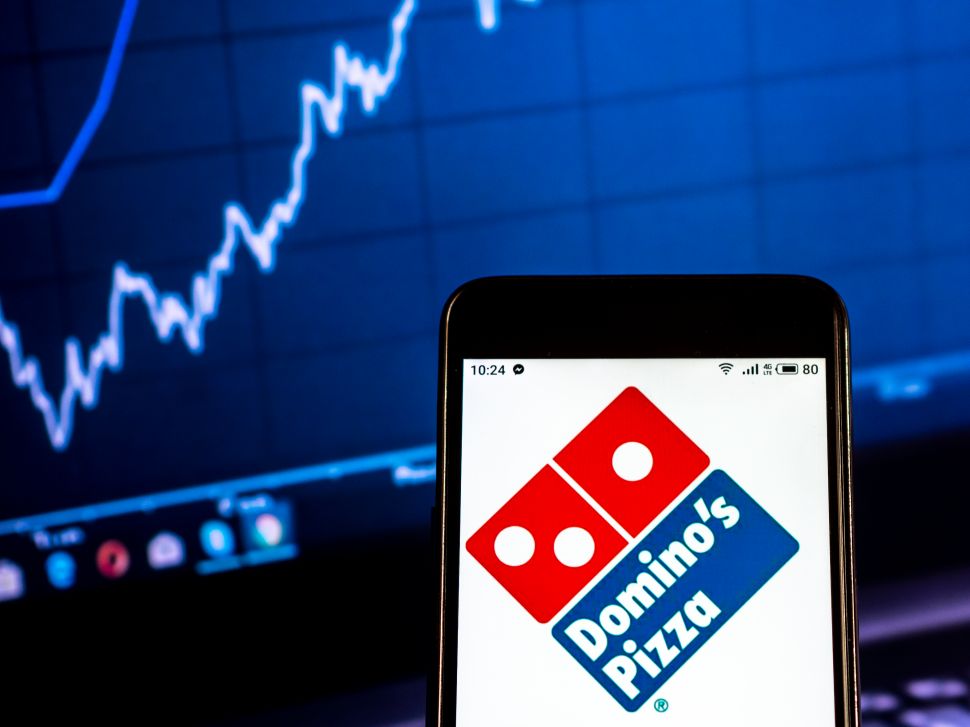