The Fourth of July is nearly here, and that means a party! Of course, America’s Uncle Trump wants to take a dump in the kiddie pool—and expects everyone to be delighted—while taxpayers will be footing the bill.

The annual July 4 fireworks show in D.C. has been co-opted so President Donald Trump can throw a “Salute to America” on the National Mall. (I’m sure Trump has already confirmed that it will be the biggest Fourth of July crowd attendance in history.) The event will feature a personal address to the nation, a military flyover and the general ruckus-like atmosphere of an average Trump rally in Florida.

And, because Trump seems to always get his way, there will also be military tanks and armored vehicles participating—although they won’t be allowed to parade down Pennsylvania Avenue—because you know what July 4 celebrations have been lacking all of these years: a strong military presence.

Why does just about everything regarding the Trump administration never cease to infuriate?

HOLD THE DATE! We will be having one of the biggest gatherings in the history of Washington, D.C., on July 4th. It will be called “A Salute To America” and will be held at the Lincoln Memorial. Major fireworks display, entertainment and an address by your favorite President, me!

On July 4 holiday, people just want to grill some ribs and watch some fireworks; we don’t want to spend the day hearing politically divisive and inflammatory words come out of Trump’s mouth. Yes, our country is having a birthday, and Trump is making himself the guest of honor. Can we please just have one day off from the general shit-show that is Trump’s America?

Trump’s “Salute to America” is destined to be the Cirque du Soleil of gaudy patriotism. Trump has dreamed of a military parade ever since his 2017 visit to Paris. Wanting to emulate the French’s Bastille Day celebration, Trump has yearned for military vehicles rolling down the streets of Washington D.C., as they pass the Trump Hotel.

The Pentagon nixed the idea of Trump’s 2018 military parade after they crunched the numbers and realized it would cost taxpayers $92 million.

This time around, the Defense Department has kept it under wraps and has not released an estimate on the cost of Trump’s “Salute to America” celebration. But we know he really wanted those tanks.

And do you know who else really likes military parades? Dictators. Just like Trump’s buddies: Russian President Vladimir Putin, who he joked with last week at the G20 Summit about meddling in our elections. Or North Korean leader Kim Jong-un, for whom Trump has “great respect.” Not to mention his friend Saudi Arabia’s Crown Prince Mohammed bin Salman, who had Washington Post journalist Jamal Khashoggi assassinated.

Hasn’t Trump wasted enough taxpayer money with all his golfing trips to Mar-a-Lago, where a more scaled down celebration, without tanks, could mean a budget to allocate toothbrushes and soap to migrant children at the border?

“Salute to America” also comes at a time when the Trump administration has repeatedly called for cutting the National Park Service’s budget.

Phil Francis, chair of the Coalition to Protect America’s National Parks, which represents current, former and retired Park Service employees and volunteers, told The Washington Post: “It’s irresponsible to ask the National Park Service to absorb the costs of an additional and political event when there are so many unmet needs in the parks. Funds should be directed to the agency’s highest needs such as operation of the parks and the maintenance backlog and should not be directed to support political objectives.”

The Fourth of July should be about uniting us together as Americans—not dividing us for the pursuit of political gain. Most likely, Trump will use his July 4 podium to bash the Democrats and the Mueller Report and once again pontificate that there was “no collusion.” How very (not) strange that Trump’s “Salute to America” pops up just as the 2020 election season starts heating up.

So, how will you celebrate your Fourth of Trump-July? 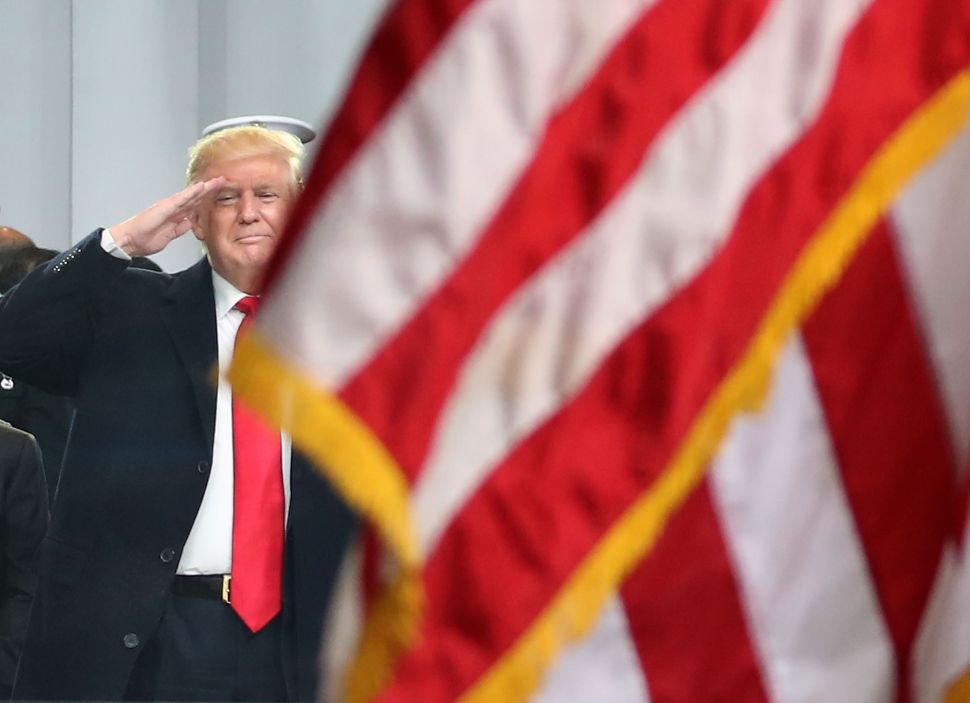