Last week, San Francisco moved to ban the sale and distribution of electronic cigarettes in an effort to curb youth vaping, until the U.S. Food and Drug Administration (FDA) completes a comprehensive view on public health effects. E-cigarettes, ungoverned by traditional tobacco advertising rules, have ensnared a new generation on an epidemic scale and must be regulated in terms of sale method, ad content, false medical claims and various potential health issues.

Popular e-cigarette manufacturer and San Francisco native Juul Labs, producer of the Juul device, was the primary target of the ban; people under the age of 18—in other words, illegal smokers—make up one of Juul’s key demographics.

According to the legislation behind the ban, nearly 90 percent of San Francisco high school vapers purchase electronic cigarette products online or through friends, allowing for rampant underage nicotine use. Moreover, teenagers who have tried vaping have risen by a whopping 1.5 million from 2017 to 2018. Nationwide, over 3 million high school students use the products regularly.

Underage vaping has become so prevalent that North Carolina took legal action on May 15, alleging that Juul Labs has deliberately targeted youth. Another class action lawsuit, brought by a 15-year-old girl from Florida, went so far as to accuse Juul Labs of racketeering, stating the company, “knew that Juul e-cigarettes were not safe for nonsmokers, and posed a risk of aggravating addiction in those already addicted to cigarettes.”

In order to curb the explosion of underage vapers, online sales and bulk sales of electronic cigarette products like the Juul should be substantially restricted, ensuring that vaping products don’t end up in the wrong hands.

Furthermore, a coalition of public health groups, including the American Heart Association and the American Academy of Pediatrics, called on the FDA to take action on May 19, accusing Juul of falsely suggesting that electronic cigarettes can help current smokers quit.

“We write to urge the Food and Drug Administration (FDA) to conduct a thorough investigation of, and take appropriate enforcement action against, the marketing of Juul e-cigarettes with express or implied claims that the products help users,” the coalition wrote, adding, “As Juul is being sold without the requisite approval, it is an unapproved drug or device and is therefore being marketed illegally under the Federal Food, Drug and Cosmetic Act.”

E-cigarette products containing nicotine pose the same risk of addiction as traditional tobacco products. Marketing the Juul and other electronic cigarette products as an alternative to cigarettes isn’t a compassionate choice designed to promote the cessation of smoking, it’s a calculated decision to consolidate market share and engage younger demographics.

The fact of the matter is that a single Juul nicotine cartridge contains as much nicotine as an entire pack of traditional cigarettes, and with attractive flavors such as mango and cool cucumber, some teens don’t even realize that the product contains addictive chemicals.

While ads for traditional tobacco products were banned from public TV and radio over three decades ago under the Public Health Cigarette Smoking Act, advertisements for electronic cigarettes are allowed to skirt the law around a narrow legal definition.

“Probably about 70 or 80 percent of people alive today in America have probably never seen a tobacco ad on television,” Dr. Stanton Glantz of the Center for Tobacco Control Research and Education recently told NBC’s Los Angeles affiliate, adding, “The definition of a cigarette is tobacco wrapped in paper.”

“Juul is not a cigarette. That means these ads are fair game,” Glantz continued. “I think left unrestrained they’re going to spread all over the world very quickly, and they’re gonna make a ton of money.”

Aside from dubious sales and advertising practices, electronic cigarette products like the Juul pose potentially disastrous health consequences. The products are inarguably addictive by nature and have been linked to serious health issues like strokes, heart attacks and even brain damage. Some organizations, like the American Lung Association, even allege that some e-cigarette products cause a condition dubbed “popcorn lung,” associated with breathing difficulty.

Some doctors even suggest that electronic cigarette products are a gateway to traditional smoking.

Americans have a right to choose which products they utilize, and e-cigarettes are no exception to the rule; however, advertising irregularities and potentially erroneous medical claims must be dealt with before unbridled sales of the products should be allowed. More importantly, the FDA must medically review electronic cigarettes to prove that the products are safe for public use.

Ultimately, medical professionals, legislators and regulatory agencies like the FDA must work together to protect the health of the nation’s youth. 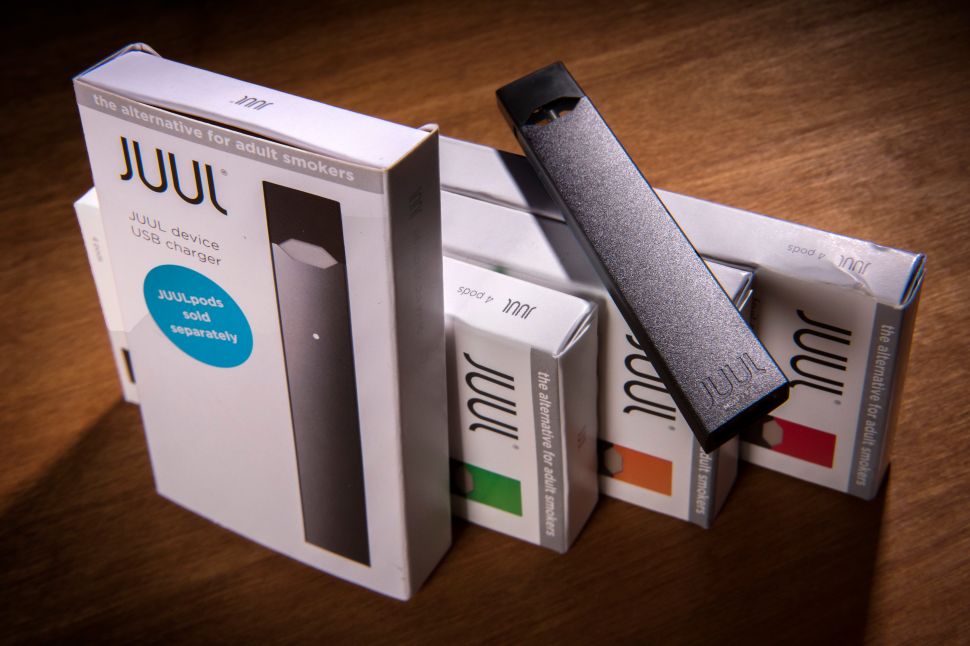