They dropped off a Nissan Leaf for me to test-drive a few weeks ago. The Leaf sandwiched itself among a realm of extremely high-end cars I’d recently been offered: a gorgeous new BMW 3-Series, a nail-biting Maserati convertible, and a Rolls Royce Cullinan SUV. But the Leaf is the only one that made my wife say “Oooh! That’s exciting!”

Why? Because the Leaf is an electric car, and electric cars are the future, or so we hear.

SEE ALSO: Audi Reveals the Writing on the Wall: Gas-Guzzling SUVs Will Soon Be Shameful Relics

At Tesla’s June shareholder meeting, Elon Musk said, “It’s basically financially insane to buy anything other than an electric car that can upgrade to full autonomy. “If you buy a gasoline car that is not self-driving, it’s like riding a horse and using a flip phone,” he added. “Hello—it’s not wise.”

You can chalk some of that up to typical Muskian self-promotion, but it’s not unlike what we hear from other quarters. Jaguar and BMW are teaming up to co-build next-generation electric driving motors. China is making it all but impossible to sell combustion-engine cars there. Audi’s e-Tron is on the road at last, and electric Mercedes-Benzes are following soon. The world, it appears, is readying itself for an electric-car future.

But not so much the United States. Electric vehicles do sell here, but most of those are in California, where the tax breaks are strong and the electric infrastructure is growing. The rest of the country, despite enthusiasm from some (mostly wealthy) corners, still doesn’t appear ready for electric prime time.

This 2019 Leaf that visited me for a few days earlier this summer deserves better. Compared with what it offers, the earlier generations of this car were basically wind-up toys. It’s longer, roomier, and more comfortable than in the past, and now resembles a proper hatchback rather than a suppository. Ours was an SL Plus, which meant it included tons of safety features, including rear cross-traffic alert, an almost too-intrusive “lane intervention” system, and ProPILOT Assist, one of the best semi-autonomy systems on the market.

The manufacturer estimates that the new Leaf has a 215-mile range. That isn’t enough, to my mind, but it’s still enough to reduce the ever-present “range anxiety.” However, I had nothing but range anxiety while the Leaf lived with us.

The guy who dropped it off apologized because it only had nine-percent battery capacity left. He’d driven it down to Austin from Dallas. It had taken several hours longer than he’d intended. First, it wasn’t easy to find places to charge the Leaf. The car didn’t come with a fast-charge cable, so he had to do it via a conventional 220-volt outlet. That could get him to a full charge within an hour or an hour and a half.

“You need to plug this in right away,” he said.

So I did, for four hours. When I got in the car to go to the movies later, it was still at nine percent. I had 21 miles of drive capacity. That was enough to get me to the theater and back, but the car was blinking at me furiously as my available charge dipped below ten miles.

I plugged it in again and left it on overnight. When I checked on it in the morning, the Leaf was once again at nine-percent charge. It had gained about 12 miles of drive capacity in nine hours.

Now, keep in mind that I was charging this car using a regular 110-volt outlet in my garage. That’s the equivalent of trying to cut down a tree with a Swiss Army knife. But it also illustrated how your ordinary car customer might not be ready for all the benefits that electric vehicles have to offer.

During the day, as I attempted to charge my car to full capacity, I popped a fuse while trying to run the microwave. Then a different fuse blew when I started the dishwasher. When my wife threw some clothes in the dryer, half the house went out. So we couldn’t charge the car during the day.

Instead, I waited until appliance time ended and then was able to keep the Leaf plugged in for almost 17 hours straight. When all that was over, the car stood at 50 percent capacity, or a little over 100 miles. I drove it sparingly, never more than 10 miles in any direction, and charged it frequently, but never got that charge amount over 61 percent.

One of the many wrong-headed arguments car Luddites make about the coming electric era is that the “technology is not ready yet.” But that’s entirely untrue. The technology is here. But our infrastructure remains woefully unprepared for any kind of electric future. Unless you own a Tesla, or superfit your garage for charging purposes, owning an electric car in the United States puts you in a semi-tough spot.

Electrify America, the small company that Volkswagen started as part of its penance for the diesel-gate scandal, announced a few weeks ago that it would be merging with nine other companies to establish a high-speed charging network around the country. This sounds great until you read the fine print. That “network” will mostly be comprised of stations in California and will add a grand total of 30 new stations to Electrify’s planned network under construction. The remaining stations will be spread out over six states in various geographical regions.

In other words: lame.

I love the Nissan Leaf. It was a radical car when it appeared, and it continues to offer an option for people who want in on the electric revolution. The model they brought me retails at nearly $44,000. That’s an upper-middle-class price point at minimum. But you need more than disposable income to buy into the electric-car era in the U.S. You need disposable time to find charging stations and to wait for your car to load. It’s getting very frustrating, all this waiting for the future.

They took the Leaf away two days early to bring us a sports car that got about 15 miles to the gallon. It was fun to drive, wasteful and lavish in all the wrong ways. But I never worried it would leave me stranded. If you want to drive something with an internal-combustion engine, our society is still all too happy to oblige. 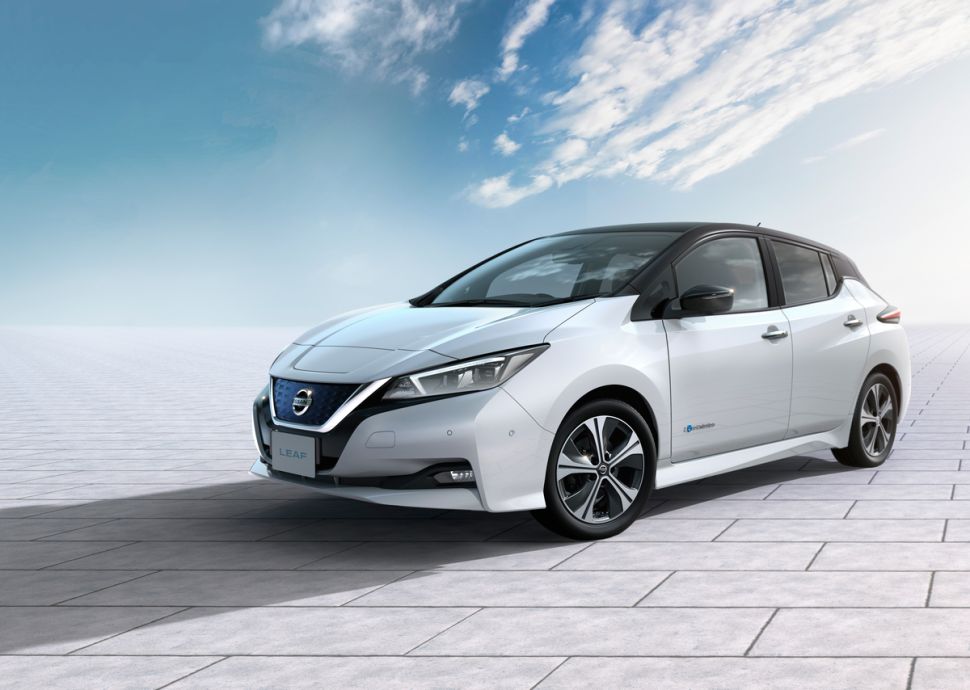