In late 2016, Elon Musk started a pet project called the Boring Company—on top of his already crazy workload at Tesla and SpaceX—out of frustration with Los Angeles’ persistent traffic jams and outdated transportation infrastructure system. To solve this problem at its root, the Boring Company aims to build a network of underground tunnels that would allow cars to travel at an ultra-high speed on an electric sled.

The young company operated as a subsidiary of SpaceX in it early days and had a hard time attracting venture capital. Not long ago, it was trying to raise money by selling baseball caps and $500 flamethrowers.

SEE ALSO: A Detailed Look Into How Elon Musk Makes and Spends Money

But that’s all history now. This week, the Boring Company scored its first outside investment through a stock sale worth $120 million, Bloomberg first reported late Thursday, citing a regulatory filing obtained by the Prime Unicorn Index, an equally-weighted price return index that tracks private companies in the U.S.

The funding round was led by venture capital firms 8VC, Vy Capital, Craft Ventures, Valor Capital and DFJ. Musk’s longtime VC friend Steve Jurvetson, who is an early investor in Tesla and SpaceX, also joined the round.

“We are delighted to be an investor in Boring. Boring is a great example of the disruptive playbook we look for,” Jurvetson told Bloomberg on behalf his VC firm Future Ventures.

The deal also pushed the Boring Company’s valuation to $920 million, a company spokesperson confirmed. Reaching such near-unicorn status in less than three years is extremely rare by the startup-world standard.

“The four largest tunnel companies in the U.S. were founded in the 1800s. Like the automotive and aerospace sectors, they haven’t faced a disruptive new entrant in their management’s collective lifetime,” Jurvetson said of the company’s prospects.

Two months ago, the Boring Company landed its first commercial contract, a $49 million tunnel project, with the city of Las Vegas. The project plans to build a mile-long underground loop around the Las Vegas Convention Center to shuttle visitors in the area.

The company has built a test tunnel near its headquarters in Hawthorne, California. But Musk’s original goal to fix the traffic problem in Los Angeles has yet to materialize. In December 2018, the Boring Company lost a contract in the City of Angels after opposition from local activist groups. 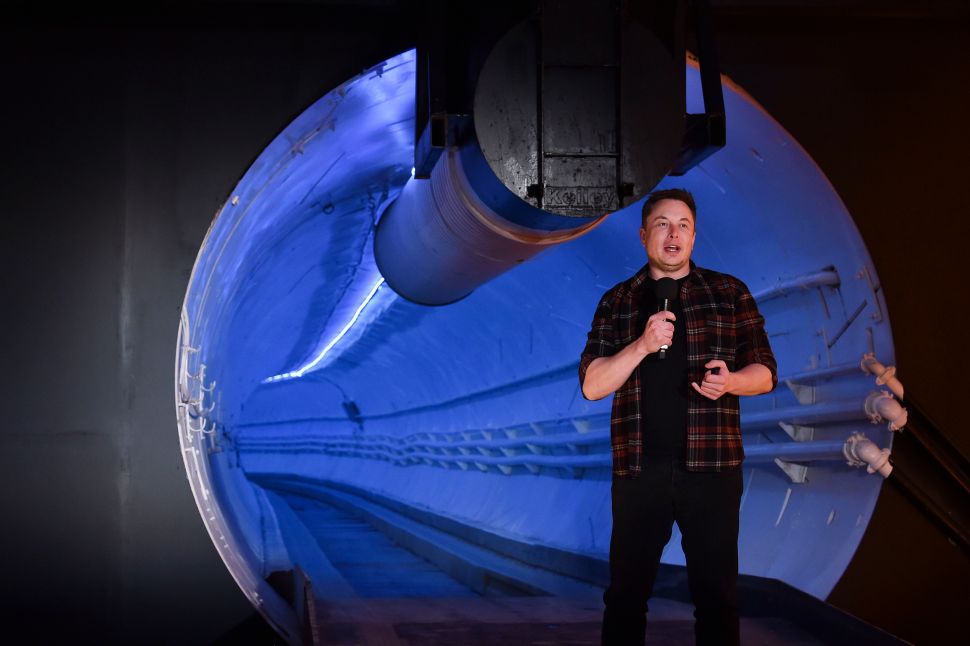