Remember when people were getting their underwear in a bundle over backmasking in music? Yes, Christian groups in the ’90s were up in arms, saying that hidden satanic messages were embedded in rock music. The heavy metal band Judas Priest actually went on trial when two men, who were fans of their music, formed a suicide pact. The prosecution argued that the subliminal message “do it” was backmasked in their song, “Better By You, Better Than Me,” and thus was the catalyst for their suicide attempts.

As it turned out, there were no subliminal messages found by playing a Judas Priest album backwards. In fact, vocalist Rob Halford commented that it would be counterproductive to tell their fans to kill themselves; it would be more practical to have a subliminal message that said, “buy more of our records.” (Not to mention, “do it” could also refer to kids’ homework.)

The statement pointed out the obvious: it was ridiculous to think that there were hidden messages found in a band’s music.

Researchers in Switzerland have now developed a technique for embedding data in music and transmitting it to a smartphone. Two Ph.D students Simon Tanner and Manuel Eichelberger, from the Swiss Federal Institute of Technology in Zurich, spent six months creating a method to send data hidden in music—and it’s undetectable to the human ear.

This technology is basically the dog whistle of data sharing, although dogs aren’t involved—unless they have a smartphone and need an encrypted Wi-Fi password. (They don’t, but some people do.) Think of the concept more like an audio version of a QR code scanner or the metadata that can be found stored in a digital photo.

Case scenario: You’re at a public place like, say, a coffee shop. The background music playing is Van Halen’s “And the Cradle Will Rock…” (Not a randomly picked song, but the researchers said this tune is good for containing data.) Using your smartphone’s built-in microphone to receive the data, the music could contain access data for the local Wi-Fi network, a website or a short message (“Drink More Coffee”). Once you have the data, you could get access to the coffee shop’s Wi-Fi (or website or message) without having to enter a password on your device.

As the Daily Beast reported, the data is transferred in at roughly 400 bits per second; with a margin of error, the transfer rate is more likely around 200 bits, which is about 25 characters—the length of an average Wi-Fi password or website URL.

To store the data, Tanner and Eichelberger make minimal changes to the music without sacrificing any noticeable musical quality of the song. (Van Halen and Queen are noted as good examples of bands that have more loud, distracting notes to hide these changes in the songs; smooth jazz, on the other hand, would probably work the worst.) The human ear wouldn’t notice the data contained in the music—without the assistance of their device to decode it. If the data wasn’t masked by the music, it would sound like random static mixed with a series of unpleasant beeps. And the only music group who can really pull that off is Kraftwerk.

Again, like any dystopian future worst-case scenario, let’s hope the data that gets transferred through music is for the benefit of good… and not the subliminal incitement of suicide pacts. 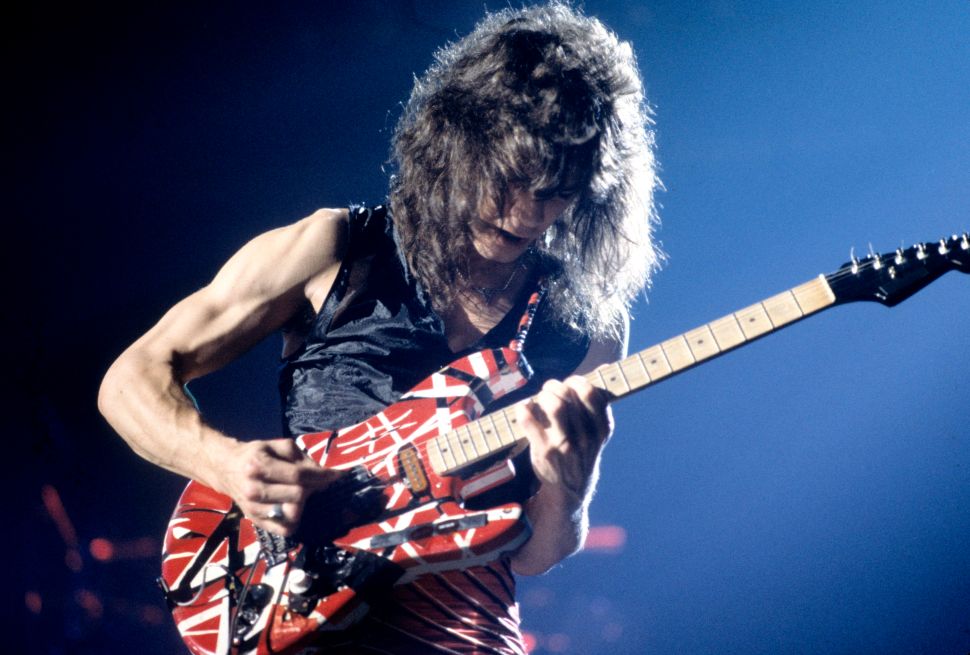