Has Peak TV peaked yet? We’re all exhausted. Don’t get us wrong—we’re thankful for the avalanche of great small screen content. There’s never been a better time to be an entertainment fan. But with a record of more than 500 scripted series airing this year, massive nine-figure deals being doled out left and right, and a plethora of powerful streamers emerging every day, it’s a lot to keep up with. Plus, the deluge of top-tier content makes sorting out the annual Emmys look like a game of Clue (it was Stranger Things, in the living room, with the remote control!)

On Tuesday, July 16, this year’s nominees will officially be announced. But ahead of the real deal, here are our educated guesses at which shows and which stars will be nominated.

The final season of the goliath Game of Thrones was met with widespread criticism, but we’re still talking about the biggest and most popular series on TV. The Emmys won’t leave it out of the big dance, even if it isn’t a worthy contender this year.

Is there any way Oh and Comer can share this award? Asking for a friend…

I’m not telling the Emmys how to do their job; all I’m saying is that they should make room for Stephan James (Homecoming). He’s on his way to becoming a big star so now is the time to hop on the bandwagon while there’s still room.

How has Lena Headey never won an Emmy for her work on Game of Thrones!? It’s unfortunate that all the show let her do the last two seasons was scowl and drink wine. It doesn’t feel as if her character has been active enough to claim that much-deserved statue.

Psst, give it to Hot Priest, you cowards!

This is one of the deeper categories this year with countless potential shows not named above (hello, Netflix’s Dead to Me). Don’t be surprised if a curveball or two are thrown in come announcement time. But let’s try not to fall prey to recency bias. Though it arrived long ago, Season 2 of GLOW may very well have been the best season of original programming Netflix has ever produced.

Don’t be surprised if Natasha Lyonne (Russian Doll) or Aidy Bryant (Shrill) make their way into this standing next week. But when all is said and done, we think it’ll either be Brosnahan for the back-to-back trophies or Waller-Bridge for a long-awaited second season of Fleabag that, somehow, exceeded the hype.

Last year, Henry Winkler (Barry) beat out Danson in the best supporting category. This year, perhaps the latter might sneak in for the win…Ah, who are we kidding? No one is beating Hader after Barry‘s incredible sophomore season.

This is the Sophie’s Choice of the Emmys; we could easily see Betty Gilpin (GLOW) and Marin Hinkle (The Marvelous Mrs. Maisel) also being recognized. Ultimately, Goldberg’s impressive monologue might prove too juicy and enticing to pass over.

If it’s at all possible, Shalhoub’s Abe Weissman is even more gut-bustingly hilarious in Season 2 of Amazon’s plucky, rat-a-tat hit from Amy Sherman-Palladino than he was the first time around. No need to over complicate this one. 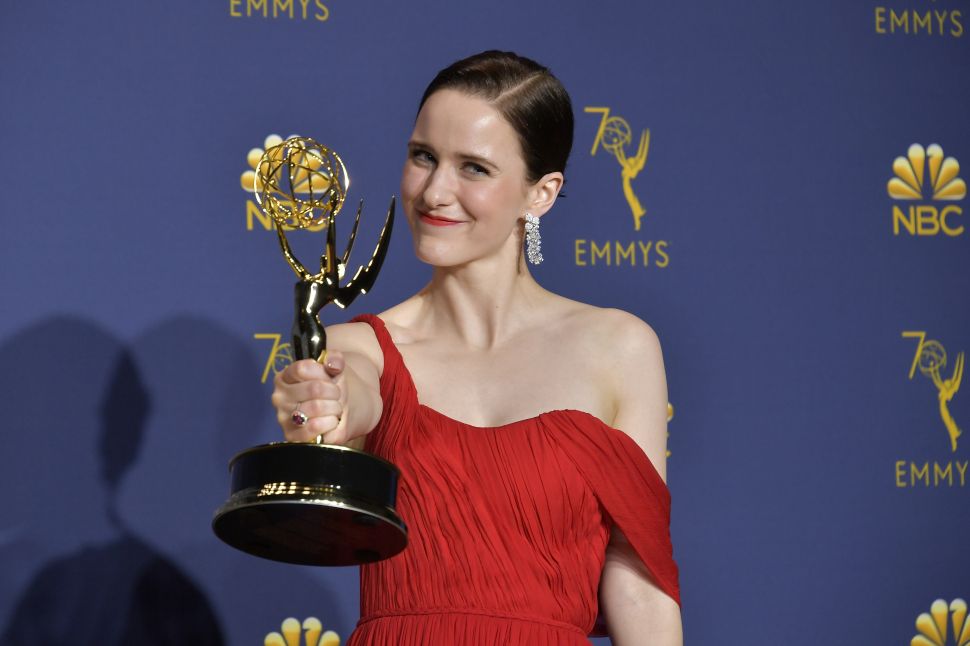