Remember the carefree days of last week? It doesn’t seem too long ago. Everybody was having fun with FaceApp. Remember? It’s the delightful photo filter app that gives everyone the ability to transform their selfies into an old-age version of themselves.

SEE ALSO: Russia Is Already at War With the US, According to the Pentagon

We had fun. We laughed. We saw what we’ll look like when we’re old. Everyone was doing it—the Jonas Brothers, Gordon Ramsay, Busy Philipps, others. They were all making themselves look old. And laughing. But that was last week…

Did you read the service agreement? I didn’t think so. As it turns out, the Russia-based photo filter app might be a tool of a Russian spy operation. If that’s the case, it’s incredibly cunning; I almost (in fact I do) want to high-five the man behind this master spy plan, because that is so damn ingenious. These duplicitous Russians have played upon our egocentric need for attention to gather personal information that has raised security concerns.

And we have all been willing participants in this Russian espionage endeavor.

This is not some flat earth conspiracy theory either. Gone are the Cold War days of planting microphones in flowerpots. The Russians know what we like—and that’s selfies. Sen. Chuck Schumer has called a federal investigation into the Russia-based company. Reason being: He says there is the potential for national security and privacy risks to millions of Americans.

In a letter to the FBI and the Federal Trade Commission (FTC), Schumer wrote: “It would be deeply troubling if the sensitive personal information of U.S. citizens was provided to a hostile foreign power actively engaged in cyber hostilities against the United States.”

Because millions of Americans have used it

It’s owned by a Russia-based company

And users are required to provide full, irrevocable access to their personal photos & data pic.twitter.com/cejLLwBQcr

Yes, American security is the price you pay for making your selfies look old. So, understandably, Russians might now have access to our old-age photos. But how, exactly, is that a security risk?

Schumer, along with the DNC’s concerns, are linked to fears that AI technology could expose vulnerable facial recognition data to a country that was responsible for hacking into our 2016 election. And we remember what happened last time; Russian hackers worked alongside Julian Assange and Wikileaks to drop stolen DNC emails.

Now, this is even better than the Cambridge Analytica ploy.

Using the FaceApp could give hackers access to vulnerable users’ smartphones, especially crucial if the FaceApp user is a prominent member of the DNC inner-circle. (Fortunately for Bernie Sanders, he has no need to use the app.)

DNC chief security officer, Bob Lord, issued a statement to CNN, stating: “It’s not clear at this point what the privacy risks are, but what is clear is that the benefits of avoiding the app outweigh the risks. If you or any of your staff have already used the app, we recommend that they delete the app immediately.”

FaceApp responded to TechCrunch about storing user data by saying “most images are deleted from our servers within 48 hours from the upload date.” And while the company is based in St. Petersburg, Russia, the company uses Amazon Web Services and Google Cloud, and no user data is transferred there.

But at the same time, users have been giving FaceApp the power to use their photos for any purpose they desire (once again, read those terms of service). What might’ve started as a funny goof for the Jonas Brothers could end up on a billboard in Russia… without their consent.

And spoiler alert: More than 100 million people have downloaded the app from Google Play. 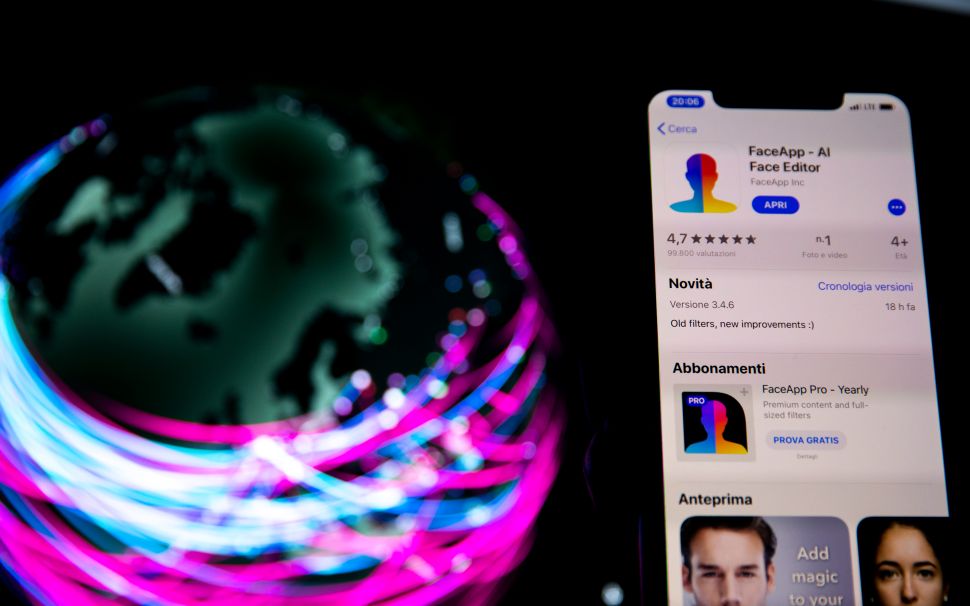