Few companies, or agencies, have the chutzpah to ask Congress for a “chance to experiment with people’s bank accounts.” But, Facebook has taken the bold step and asked lawmakers for a chance to dabble in cryptocurrency with its cutting-edge Libra project (currently under development pending federal approval). At a Senate Banking Committee hearing last week, many lawmakers harshly criticized the profitable company for trying to venture into “Big Finance.” Bizarrely, some of these same lawmakers have suggested that the United States Postal Service (USPS), which has lost an astounding $70 billion since 2007, should expand into banking.

For senators trying to shore up their luddite credentials and stick it to Big Tech, the hearing was a perfect opportunity to criticize Facebook in full view of national media. Consider Sen. Sherrod Brown’s (D-Ohio) assertion that “Facebook is dangerous… [and] has demonstrated, scandal after scandal, that it does not deserve our trust.” Presidential hopeful Sen. Elizabeth Warren (D-Mass.) tried to get ahead of the flurry of press, tweeting last month (shortly after the hearing was announced) that “Facebook has too much power and a terrible track record when it comes to protecting our private information. We need to hold them accountable—not give them the chance to access even more user data. #BreakUpBigTech.”

Arguing against Facebook’s foray into cryptocurrency, the best these lawmakers could do is use previous privacy scandals, such as Cambridge Analytica, to cast doubt on the company’s ability to secure a new, financial platform. But even Facebook’s fiercest detractors can’t claim that consumers would be forced to purchase or use Libra cryptocurrency. Like Facebook’s current online pay system, Apple Pay or any other financial system set up by a tech firm, consumers with privacy concerns are more than welcome to sit out of the process.

Brown asked Facebook, “Do you really think people should trust you with their bank accounts and their money?” This question ignores the fact that millions of Americans currently use the Facebook Messenger peer-to-peer payments system. Sure, the company has had its fair share of missteps in safeguarding consumer data, but Facebook has shown its financial savvy and willingness to take on new business lines.

Contrast this model of market success with the USPS, America’s monopoly mail carrier. The agency (which likes to style itself as a “.com” business) is hemorrhaging resources and will run out of cash (or get a taxpayer bailout) by 2024 unless leadership dramatically changes course. Consumers and taxpayers were promised a business plan that was supposed to be completed by mid-June, but the 10-year blueprint has yet to be delivered. But no matter: anti-Libra Senators Warren and Brown want the USPS to double as a financial institution. The agency has trouble making money on… pretty much everything, and rising package revenue is due to a skewed, unsustainable pricing formula. Nonetheless, Warren wants to give the beleaguered agency a foothold in the banking and small-dollar loan industries.

There is no guarantee that Libra will succeed. But, unlike postal banking, taxpayers won’t be on the hook if it fails. If the postal banking experiment runs into the red, the USPS could easily teeter off the fiscal cliff and require a massive taxpayer bailout. Already, taxpayers spend more than $3 billion per year subsidizing the agency, via unpaid low-interest rate Treasury loans and tax exemptions. Postal banking would only further shackle Americans to the flawed business model of the USPS.

It’s unlikely that “populist” members of Congress, such as Warren and Brown, will ever explain their strange discrepancy of supporting postal banking and opposing Libra. Millions of Americans want and deserve innovative financial services (which companies such as Facebook are hard at work building out). Certain lawmakers would rather straddle Americans with second-rate financial services, along with all of the accompanying red ink. Not all organizations deserve a chance to dabble in bank accounts and financing. Policymakers should leave this heavy-lifting to successful, innovative companies and tell the USPS to stay in its lane. 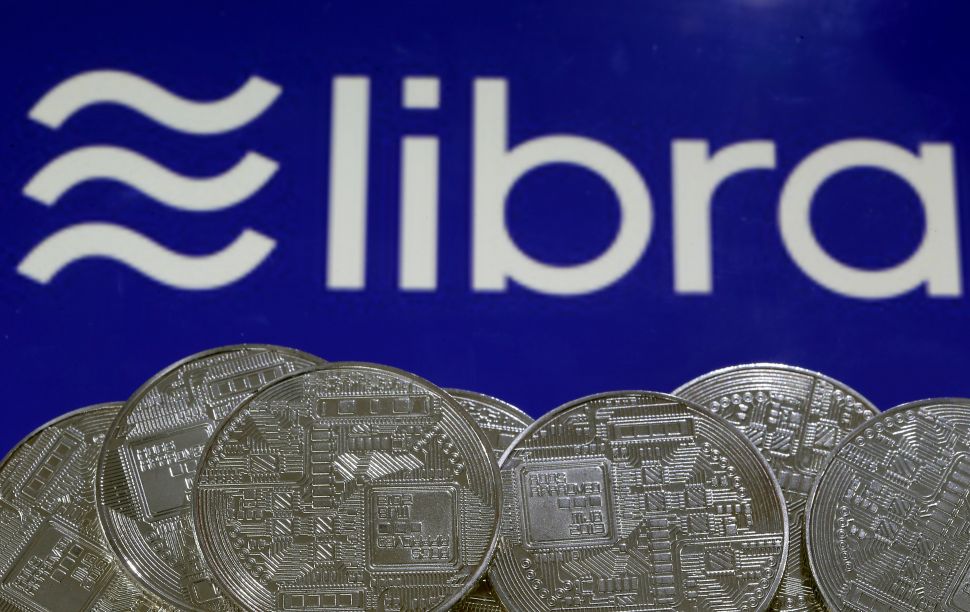