When Life magazine sent photographer Gordon Parks to Brazil to shoot a photo essay on poverty in 1961, he chose as his subject 12-year-old Flávio da Silva who, despite crippling asthma and malnourishment, was caretaker to his seven younger brothers and sisters while his parents worked all day in Rio de Janeiro’s blighted Catacumba favela.

That year’s June issue, featuring Parks’ images under the headline “Freedom’s Fearful Foe: Poverty,” reached roughly one out of every six Americans. In turn, readers donated an unsolicited $30,000 to help the boy. The impact of Parks’ intervention in Flávio’s life, the politics of the period and the backlash it sparked are the subject of “Gordon Parks: The Flavio Story,” an exhibition through November 10 at the Getty Center in Los Angeles, telling the story though 100 photos and original issues of Life.

“Parks grew up in abject poverty, so it struck a chord with him,” Getty curator Amanda Maddox told Observer. “Flávio was on the verge of death, he was severely asthmatic. They thought that he might have tuberculosis as well. There was an urgency about the story and about the subject, and that he needed to continue to live.”

Poverty had been at the heart of the photographer’s past assignments, like when he turned his lens toward the ghettos of Chicago’s Southside in 1941, or a year later, focusing on the life of Ella Watson, a custodian at the FSA (Farm Security Administration) in D.C. where Parks worked. He was already a celebrated photographer in 1961, and a former staffer at Life with 11 years on the masthead—time spent building a reputation among readers for his documentary expertise.

In March of 1961, President Kennedy proposed the Alliance for Progress, a program designed to counter Castro and other leftist influences in Latin America with foreign aid. Within months, Life launched a five-part series, “Crisis in Latin America.” For the second installment, Parks was asked to find a father in a poverty-stricken family and record facets of his life: work, religion, political leanings, wife and kids and his day-to-day struggle. When Parks’ editor on the story, Timothy Foote, counseled him, “Rio de Janeiro is a long, long way from Rockefeller Plaza. Who knows, you might just misinterpret your instructions,” Parks chose a 12-year-old instead.

“Death was all over him, in his sunken eyes and cheeks, in his jaundiced coloring and aged walk,” Parks wrote about first laying eyes on his subject in his 1978 book, Flávio. “Suddenly, with the jerky movement of a mechanical toy, his head twisted sideways to us and he smiled. Caught in a moment of awkward pity, we found ourselves unable to smile back.”

With the $30,000 in donations, Parks did go back just a few months later, relocating the da Silva family to a working class home with modern appliances and conveniences. And, in what the magazine dubbed “Operation Rescue,” Parks accompanied Flávio to the U.S. where he was checked into Denver’s Children’s Asthma Research Institute and Hospital (CARIH) and restored to good health.

In the end, it seemed everyone was a winner; Flávio, Parks, Life, Kennedy. The loser, Brazil’s newly elected President Janio Quadros, who inherited a plummeting economy, was rankled by negative publicity and condescending paternalism from the U.S. The average Brazilian had seen a 40 percent spike in the cost of living over the past year while the IMF had suspended loans, as had the U.S., which viewed Quadros’ relationship with Cuba as “a threat to the cordiality of relations with the Kennedy government.”

“They were suspicious of the report and how it would be presented,” said Maddox of the Quadros government and their view of Parks’ assignment. “I don’t think they were necessarily incorrect. They saw the involvement of Life and the presence of Parks as an incursion, and they responded that way.”

Two months after Quadros was forced to resign, “New Report on America: Misery,” read the cover of the October 1961 issue of O Cruzeiro, one of Brazil’s most popular magazines. Inside was Henri Ballot’s photo essay on life at its worst in New York’s Spanish Harlem and the Bowery. It juxtaposed his images with Parks’—Flávio, skeletal in a bed, opposite an image of Ely Samuel Gonzalez on a ratty mattress, covered with cockroaches. A crying child seated precariously on a windowsill opposed an image of Flávio’s brother howling after a dog bite.

O Cruzeiro printed a follow up story in which Ballot tried to demonstrate how Parks had faked some of his photos, which was met with counterclaims, though Parks admitted only that he, like most documentary photographers, sometimes used his camera “as a means of persuasion…conducted with a sense of fair play.”

Parks coupled a legendary career in photography with a major contribution to African American cinema, directing the 1970s “blaxpoitation” movies Shaft and Shaft’s Big Score! With a personal life that counted Sex and the City creator Candace Bushnell and Gloria Vanderbilt among his friends and lovers, Parks often revisited Flávio’s story in writing and documentary film, up until his death from cancer in 2006.

The Getty’s exhibition deals not only with the images, but with “this idea that you can help better someone’s future or impact their destiny in a positive way and in reality that doesn’t always play out as you might envision,” said Maddox, noting one of Parks’ 1967 assignments, photographing the Fontenelle family of Harlem, who were charitably relocated to a new home in Queens where, three months later, two of them died in a fire that consumed the residence and all their belongings. “There can be a certain aspect of guilt. There can be some doubt about whether or not your involvement or engagement of the subject, despite how well intentioned, had a positive outcome or not.”

Flávio stayed two years in the U.S., living with a Brazilian-American family and going to a suburban school. Upon his return, he attended two years of boarding school, living away from his family, from whom he was estranged at first. Today, Flávio is a father of three, estranged from his wife and living alone in Rio. Over the years, he and Parks had been in and out of touch. “This is a dream, and I shall end by awakening,” he told Tribuna da Imprensa before he was flown to the U.S. for medical treatment in 1961. In Parks’ autobiography, Voices in the Mirror, he wrote, “Now and then I get a letter from him, and invariably it is still filled with hopes of coming back to America. And I write back, knowing that as time passes nothing is changeless.” 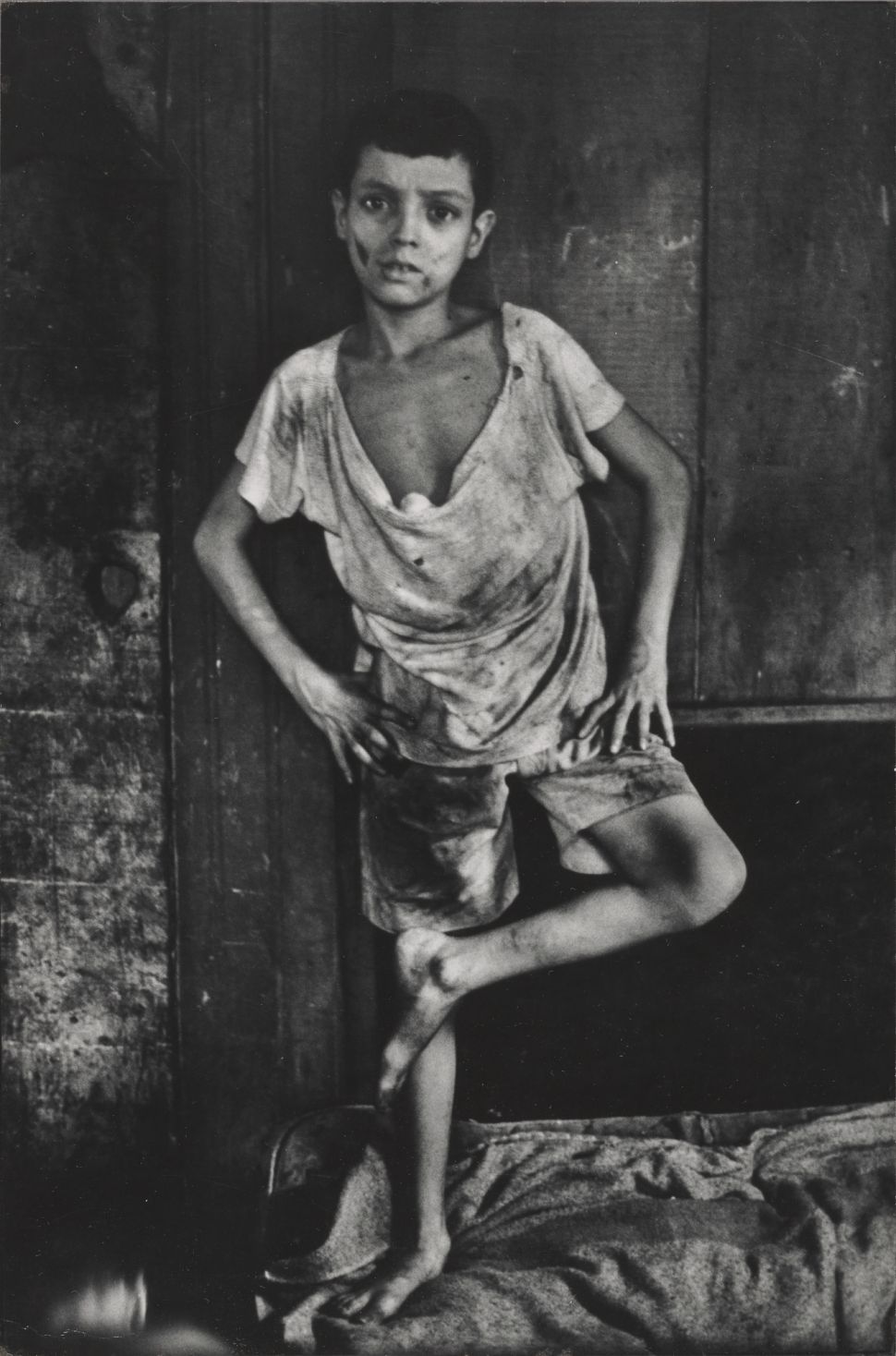