Although at the time he was paraphrasing the colonial-era author Daniel Defoe, Benjamin Franklin is widely credited for popularizing the phrase “nothing can be said to be certain, except death and taxes.” If Mr. $100 Bill were alive today, however, he might want to amend his statement to include haircuts in his laundry list of life’s certainties.

Each year, according to conservative estimates from industry insiders, Americans get roughly 1.5 billion haircuts in barbershops, beauty salons and kitchens all across America. Whether the stock market is up or down, trade war or no trade war, hair—at least for those of us who have some—keeps on growing.

And one wouldn’t think that something as banal as a simple everyday haircut could possibly be disrupted by technology in the same way that it has affected so many other facets of everyday life; it’s not as if we are remotely close to allowing robots armed with sharp scissors anywhere near our ears.

But you’d be wrong. (Not about the robots, but about the disruption underfoot.)

All across North America, the haircut industry is changing from within to meet the expectations of Millennial and Gen Z sensibilities. Salons of all stripes are eschewing appointments in favor of dynamic stacking and queuing for managing online check-ins. Its adapting technologies that enable a stylist in New York to share with her counterpart in Miami how you, as the customer, like your bangs or which razor setting you prefer when finishing off your sideburns.

The explosive popularity of these tech-focused services is leading the budget haircut market away from loyalty to an individual stylist and instead, towards a salon brand. Remarkably, the company that is leading this transformation is not some neophyte disruptor that emerged out of a garage in Menlo Park; it’s coming from the sector’s largest player, Great Clips, a decades-old outfit based in a sleepy suburb in the Upper Midwest.

Great Clips, a Bloomington, Minnesota-based behemoth, has over 4,400 franchised salons across the U.S. and Canada, with new locations opening nearly every day. Last year, the company delivered more than 110 million haircuts.

Fueling its success is its unyielding approach to embracing innovation and technology. It has been heralded as a quiet disruptor, never making much fanfare about its cutting-edge apps and cloud-based ‘Clip Notes’—a technology that tracks customers’ hair style preferences across salons and even across borders. But the impact Great Clips is having on competitors in the budget haircut domain, which include other massive franchises such as Supercuts, Cost Cutters and Sports Clips, among others, is nothing short of profound. Through a series of small, yet completely transformational, changes, Great Clips is upending the multi-billion dollar North American haircut sector.

One thing Great Clips CEO Steve Hockett makes clear to anyone entering his rather spartan office, which looks out over a major eight-lane freeway, is his passion for haircuts. Hockett believes in the absolute commoditization of the coiffure, that customers should come to expect to receive the same service in St. Louis as they do in St. Paul. “We don’t believe that customers should have any specific affinity to a particular stylist. We want them to be loyal to our brand, not to an individual,” Hockett told Observer. “Once you get the customer out of the rut of depending on a specific individual, who may or may not be working that day, or who may or may not be with another customer, you begin to create efficiencies in the workflow which benefit everyone; customers get what they need faster and with less wait-time, and stylists get to see more clients.”

Fox Business analyst Ethan Bearman agrees that Great Clips’ move to drive loyalty to the brand and not to an individual was a master stroke of strategic genius. “There will probably always be a place in America for the corner beauty shop or main street barbershop, where guys and gals get together to kibitz, but for most time-pressed Americans, its all about efficiency, and this is where Great Clips has been a true trailblazer,” observed Bearman. “Great Clips wants you to get what you came there for—a quality haircut that won’t break the bank—and then get you out the door and on your way.”

Perhaps the biggest and most popular innovation Hockett has shepherded to market is the company’s online check-in app, which lets customers schedule and keep track of their spot in a queue from the convenience of their phone, enabling them to show up when they are first in line.

Last fall, Hockett went on CNBC’s Squawk Box to talk about how the company’s early embrace of cloud technology and smartphone apps positioned it for the explosive growth it is seeing today.

While the company and its CEO might be all business, Great Clips still maintains a certain sense of humor about its dedication to the ‘do, as evidenced by its long-standing partnership with the NHL to celebrate ‘Hockey Hair’—those long manes endemic to the winter sport which look like they are trapped in the early 1980s. The campaign has been a quirky yet highly effective branding tool.

Ray Solnik is a former Silicon Valley veteran who, despite describing himself as “follicly challenged,” was so passionate about the Great Clips franchise business that he hung up his cleats in tech and traded them in for a pair of shears. Several years later, he now owns seven Great Clips salons in the San Francisco Bay Area and is planning to open three more later this year.

“I love that it is such a family-friendly brand and that extends to our family of employees; we have a purpose to make people look and feel great,” commented Solnik. “And coming out of high-tech—I was at Intuit, AT&T, Earthlink and several other innovators during my career in Silicon Valley—the company’s early embrace of mobile technology and using tech to really drive innovation was very attractive.”

Of course, Great Clips’ competitors have been following the company’s lead and adopting their own versions of Clip Notes and remote check-in, but Hockett promises he has more tricks up his sleeve. “We have a lot of ideas in the hopper,” mused Hockett. “Some of them will be equally if not more disruptive than the innovation we have rolled out over the past few years.” 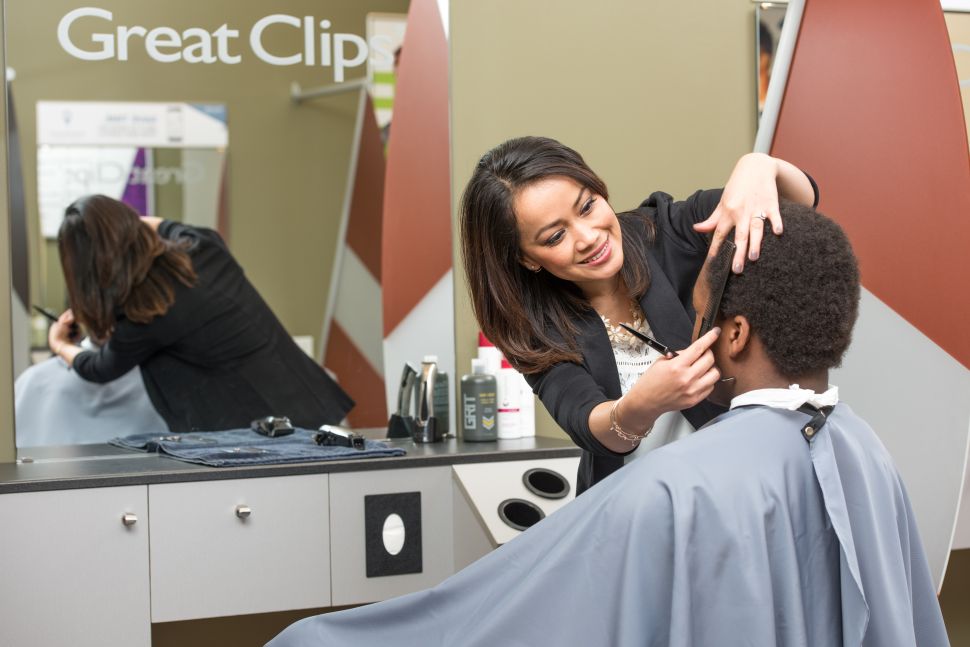