A few months ago, Halsey announced her next album will debut at some point later this year. That’s not her only big news of 2019, as the musician also has a brand new house.

Halsey scooped up a four-bedroom, three-bathroom single-story house for $2.4 million this spring, as first reported by Variety. The 2,226-square-foot midcentury abode was built in 1959 by architect Richard Dorman, and though it has been renovated and updated in the years since, still has the original bones, per the listing shared by Compass brokers Brian Courville and JB Fung.

SEE ALSO: Zayn Is Ready to Lower His Expectations for His Bel Air Home

The house is located in the Sherman Oaks area of Los Angeles, and is positioned behind a private gate off of Mulholland Drive.

There are terrazzo floors, wood-paneled ceilings and walls of glass that lead outside throughout the home, and the airy living room contains a brick-encased fireplace.

The kitchen is equipped with walnut cabinetry, white countertops and Viking and SubZero stainless steel appliances, with a separate dining area.

The minimalist master suite has more walls of glass with a view of the pool outside, while the bathroom is fitted with a double vanity, a freestanding tub and separate shower.

Jagger has a ball that’s supposed to be indestructible. He chewed a hole in it in 4 days. He also can’t catch, which is a basic dog skill. 10/10 strength 0/10 coordination

Halsey already owns a different house on the West Coast, as she purchased a contemporary home in Beachwood Canyon for $2.23 million back in 2017. It looks like she’s hanging onto that property, at least for the moment, even though it’s just about 15 miles away from her new digs. For now, though, it seems Halsey is residing mostly in her latest real estate purchase, at least according to her Instagram—she and her pup, Jagger, seem all settled in. 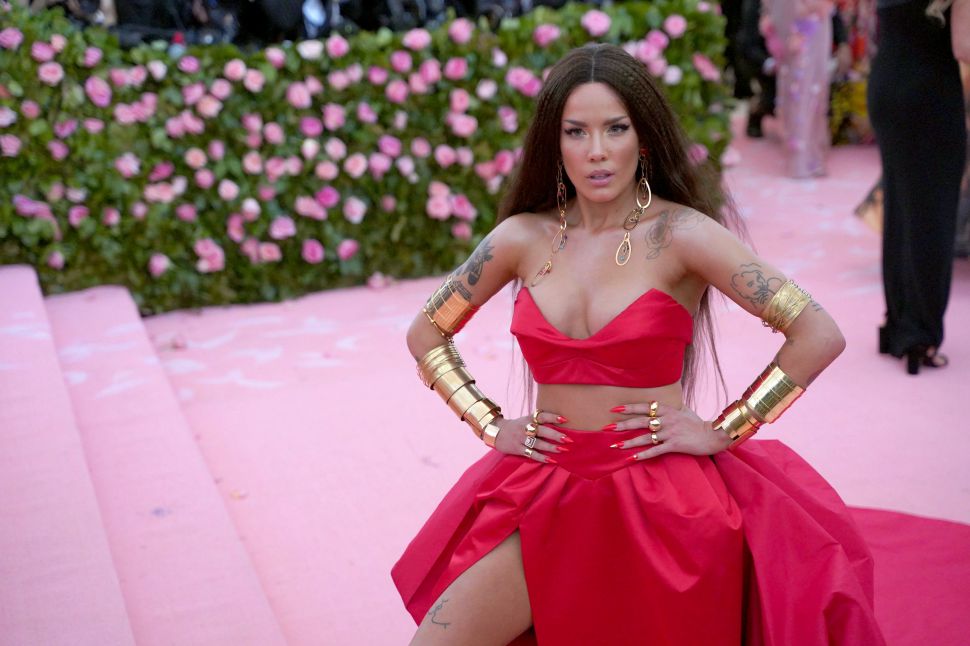