The final season of HBO’s Game of Thrones set astonishing viewership records and racked up a record number of Emmy nominations this year, but it also inspired considerable blow back from fans, critics and even the actors themselves. To say that the eight-season epic ended in a disappointing fashion would be like saying we haven’t had to wait that long for author George R.R. Martin to complete the book series that it’s based upon.

As HBO bulks up to do battle with Netflix under new parent company AT&T, the premiere cable network is leaning more heavily into franchise opportunities. Multiple Game of Thrones spinoff series are in development with at least one currently filming. Has the intense criticism of GoT‘s final season adjusted HBO’s approach to these projects?

SEE ALSO: Can HBO Hold on to the Creators of ‘Game of Thrones’?

“It has not at all,” president of programming Casey Bloys said Wednesday at the Television Critics Association summer press day. Well then, there you have it.

“There are very few downsides to having a hugely popular show and one I can think of is that many people have big opinions on how it should end and how they should see any characters’ stories come through,” Bloys said. Fans may feel let down, but it’s not as if they can get their money back from HBO or force them to relinquish all those Emmy statues. Regardless of the conclusion, HBO walks away a huge winner.

Bloys also shot down rumors that HBO executives inserted themselves into the creative process handled by showrunners David Benioff and D.B. Weiss.

“When a show is sixth, seventh season of a highly successful run, by that point, there’s usually a rhythm with the showrunners and network… so there’s no more back and forth,” Bloys said.

The first (and possibly only) Game of Thrones spinoff on the docket is Naomi Watts’ mysterious series that takes place some 5,000 years before the events of the original. Series author George R.R. Martin worked with Jane Goldman (Kingsman, X-Men: First Class), who will serve as showrunner, on the story. 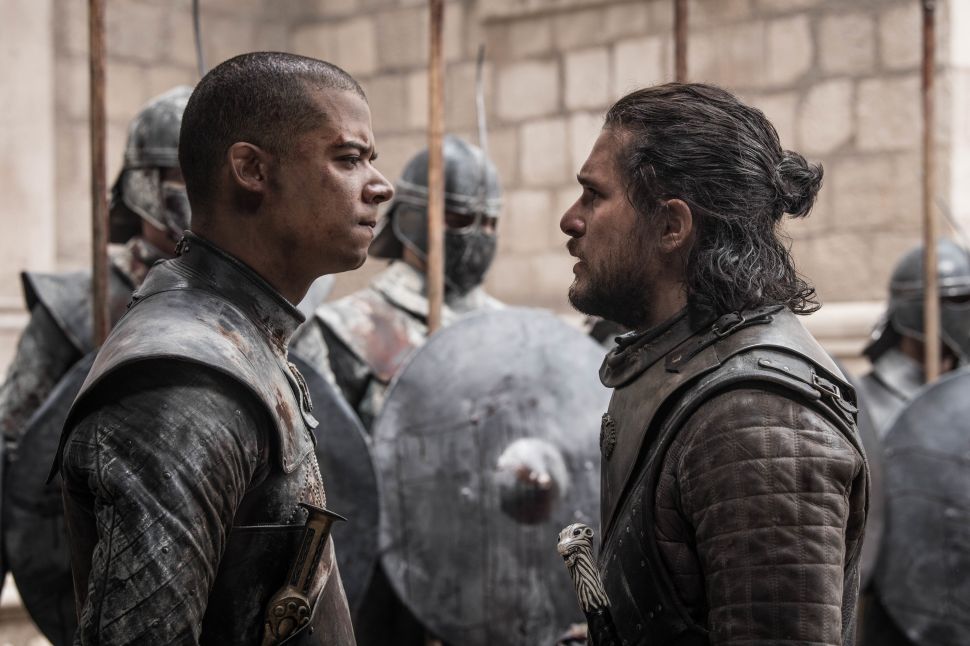