Even when the cameras aren’t rolling, it’s not hard to tell who the star is on the set of Pearson. Gina Torres has just finished filming a late-season scene, and it’s time for an interview, so she ducks out quickly to find a pair of flat comfortable boots to swap for her four-inch heels. But, even then, she’s still one of the tallest people on set, and it’s she who leads the way through the fake Chicago City Hall bullpen, which directly connects to the fake mayor’s office.

She doesn’t look behind her as she strides through the hallways. She knows she’ll be followed. And though on the show she does not play the mayor, she has no problem whatsoever with taking a seat behind the mayor’s desk, hands folded in front of her, completely in charge.

After decades on screen, including six seasons as a series regular on the popular USA Network series Suits, Torres is now both the lead actor and an executive producer on the upcoming spinoff series, which transplants her character from Suits’ cutthroat legal world of New York to the equally cutthroat universe of Chicago, where Jessica Pearson finds herself working as a political fixer—who’s trying to do some good at the same time.

“It’s darker, it’s grittier. It’s, I think, more accessible in a lot of ways,” she says of the differences between the spinoff and the original series. “There’s still that level of wish fulfillment and badassery that everybody likes to tune into. But there’s also a kind of vulnerability that you experience because the stakes are so much higher, because the people that we’re encountering are people that we would encounter that would be in our everyday lives. Suits is about the trials and tribulations of the five-percenters and those who want to be five percenters. Pearson is about the other 95 percent.”

In speaking to some of her Pearson cast members, there were two universal truths: Torres can be both pretty intimidating and, in co-star Eli Goree’s words, “incredibly easy to talk to.”

Goree, who plays press secretary Derrick Mayes, says that “she just has like a really happy spirit. She has that bright smile. And on set she brings that—but also a commitment to excellence. This is her baby and she really makes sure that all of the details are taken care of and focused on the little things so that everything big works out.”

He adds, “I’ve been learning a lot and not just as an actor, but also as someone who sees her as an actor who’s turned into a producer. I’ve learned a lot about the business just watching her.”

Torres was heavily involved in the development of Pearson, according to co-creator Daniel Arkin, an executive producer on Suits who sat down with her and fellow co-creator Aaron Korsh to figure out what, exactly, a show about Jessica Pearson would look like.

Torres’ engagement with the development of the show, Arkin notes, went beyond what often happens when an actor receives a producer credit on a show: “This is an unusual circumstance where the network really felt like they wanted to create and develop this show with Gina. Gina could have taken a backseat, but that’s not her personality. She’s very, very smart and very thoughtful. She’s very involved.”

One example of her hands-on participation in the development of the show was the creation of the character Yoli Castillo (Isabel Arraiza), a role which was created specifically for a young Latina actress because Torres wanted the opportunity to not just explore the perceptions surrounding Latinx people, but her own heritage as a Cuban-American.

“It’s an absolutely personal reason, having grown up as an actor in an atmosphere where Latin people look a very specific way,” she says. “It was a European aesthetic of what a Spanish person looks like: long, flowy, thick, dark hair and soft brown eyes and curvy. The Salma Hayeks and the Sophia Vergaras of the world. And that wasn’t my experience. My experience as a Cuban-American woman is that the Latinos in my world, the Puerto Ricans and Dominicans, the Cubans were every possible shade from dark to white and everything in between.”

While Arkin at one point gave Jessica’s character on Suits the middle name Lourdes, Torres says that “everyone sort of took for granted that she was African American. I just saw her as green because, you know, she was money, she was power. But now that we were getting personal and now that we were getting to learn more about her, it was important that we roll the clock back and really see who she is, what her makeup is.”

This led to everything from the set designers making sure to include art books representing both African and Cuban culture to the first scene in which Jessica and Yoli meet—and when Yoli thinks she can get away with speaking Spanish in front of her, Jessica surprises her by responding fluently. Arkin and Torres both confirm the scene was her idea.

For Arraiza, getting to work with Torres means a lot more than just a series regular role on a TV show. “I’m a born-and-raised young woman from Puerto Rico and I didn’t grow up watching a lot of shows where I saw myself represented,” she says. “And to get to see myself mirrored, by a woman in power—it just makes me feel very free and it makes me feel very seen.”

Torres’ power has been hard-won, and she says that in the days when she was auditioning heavily, it would be very rare that she would go out for Latina roles. “I’ve always had great agents and representation that believed in me and knew that I could deliver the goods. But I rarely got past that first because they were looking for someone else that didn’t look like me.”

Thus, her saving grace became the genre roles that made her a fan favorite, perhaps most notably Zoe on the cult favorite series Firefly, but also including appearances on Alias, Hercules: The Legendary Journeys, and the Matrix sequels. (Or, for you fans of 1990s syndicated deep cuts, the post-apocalyptic action comedy Cleopatra 2525, which will make Torres laugh if you bring it up.)

“Genre gave me my start. Genre gave me an in. The world is wide open when you build one from scratch. That’s why sci-fi was such an important part of my career going in, because so many people in the real world didn’t quite know where to put me and where I would fit,” she says. “But there was room for an impossibly tall, ethnically ambiguous, somewhat athletic woman in the future in a post-apocalyptic world or in this super-spy world. Yeah, so of course I love genre.”

Given the longevity of Suits, it’s not impossible to imagine Pearson having an equally long run on USA, but at the same time Torres is still stretching herself as a producer, developing additional series—not for the purpose of creating a role for herself, but to fulfill the motivation of “telling great stories, by telling stories that maybe a studio wouldn’t look at first glance and go, oh, that’s an interesting story. Just finding the humanity in an impossible situation.” 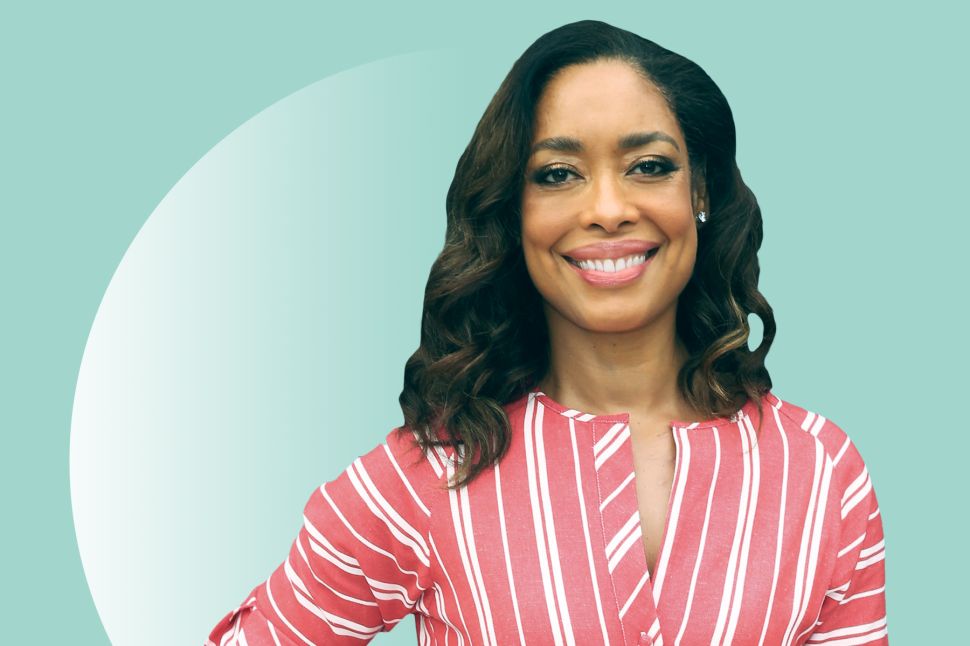