No, this isn’t a pro-Confederate column, or even about something set in the South. It’s about a memorable Independence Day in U.S. history, during which our country’s back was against the wall 205 years ago… and America couldn’t even get the right uniforms, forced to wear militia gray.

The Americans may have had a good cause for fighting the War of 1812, as Britain kidnapped U.S. sailors and encouraged Native Americans to attack U.S. settlers on the frontier. But that didn’t mean the U.S. was ready for war. The country’s military was a fifth of the size Congress wanted it to be, so the rest had to be filled by militia. There were aged ships and older forts. The leftover Revolutionary War leaders were even older than those: the average age of the generals was in the 60s.

For the first two years, America’s army was a model of incompetence. “The first two years of the war went disastrously awry for the Americans,” wrote Matthew Seelinger, chief historian at the National Museum of the U.S. Army. “Inept leadership, comprised largely of aged veterans of the Revolutionary War, combined with poor logistics and conflicts between regular Army officers and militia leaders, resulted in a number of costly defeats for U.S. forces.”

A large force surrendered at Detroit without firing a shot. Militia refused to fight at the Battle of Queenston Heights. Before there was “Remember the Alamo,” there was “Remember the Raisin River,” for the massacre of U.S. soldiers in Michigan. Soldiers and civilians alike perished after brutal British raids at Buffalo and Black Rock, New York. Many Americans died in French Mills, New York, not from enemy bullets, but due to the incompetent leadership which produced a camp perhaps worse than Valley Forge. Only future presidents William Henry Harrison and Andrew Jackson had any success in the field against largely Native American forces during the first two years. In most battles, Americans outnumbered the British, who had to fight the Napoleonic Wars as well, and merely kept a token force in Canada. In fact, the British derisively referred to our militia-based military as “Cousin Jonathan.”

It was only going to get worse. Napoleon abdicated on April 6, 1814, and Britain prepared to quadruple their forces against America. Stung by several ship losses to America in combat on the high seas and on Lake Erie, the British redoubled their naval commitments to the War of 1812, seeking to tag-team our frigates, sloops and brigs, or overwhelm them with superior numbers. As the invasion of America was about to commence, it looked like the new country’s revolution wouldn’t last 40 years, and the United States of America was about to be recolonized.

President James Madison decided to shake things up. He fired or accepted the resignation of the incompetent old generals, and promoted several colonels and brigadier generals to top posts, including Andrew Jackson, Winfield Scott and Edmund Gaines, as well as Jacob Brown, who had performed well with the New York militia at battles like Ogdensburg and Sackets Harbor. The average age of leadership fell to 38. In addition to youth, the new leaders brought competence.

Newly-minted General Winfield Scott, for example, organized the camps to increase sanitation and provisions, which drastically reduced deaths within the camps (only two died, as opposed to 200 the prior year). He emphasized military rules and drilled his troops to the point where the 27-year-old was ironically named “Old Fuss and Feathers.”

Yet, there were lingering problems from the old days. Scott demanded new blue uniforms for his regulars, but was told by the quartermaster that thanks to the British blockade, he could only get “militia gray” for all of his troops.

Ordered to invade Canada, Brown and Scott prepared for battle in late June of 1814. As they crossed the river, Scott personally jumped out to supervise the landing and nearly drowned with his heavy formal uniform. Fort Erie was easily captured, and the defeated British were marched out while “Yankee Doodle” was sardonically played.

British General Phineas Riall was not amused. Long on service, but short on combat experience, he ordered his forces of 2,800 (with 1,500 nearby in reserve) to attack the 4,000 Americans on the Niagara Peninsula. “He had a very low opinion of American troops and believed that his forces could defeat this latest incursion with little difficulty,” wrote Seelinger. After all, he only faced gray-clad American militia who rarely performed competently at all.

How Gray Won the Day

Typically, Americans had overwhelming numerical superiority, but lost many of these very winnable battles. Now, they were slightly outnumbered in the region. Undeterred, American Generals Brown and Scott, along with South Carolina’s George Izard, used the July 4 time frame to get in position near the Chippewa River in Canada and to celebrate Independence Day with speeches and an exhortation to make the event “A New Anniversary!”

The next day, British General Riall crossed the Chippewa River and attacked the gray-clad American soldiers, derisively labeling them mere “Buffalo militia.” He pressed up the center as the real militia fell back… as planned. Suddenly, Riall and his men were subjected to a withering series of deadly volleys from the left and right flanks, having caught the British Infantry in a lethal crossfire. American Artillery Captain Nathan Towson’s cannons out-dueled the British gunners, and it was Riall’s experienced men who retreated in full disarray. “Those are regulars, by God!” Riall is said to have gasped as Towson’s artillerymen destroyed a British caisson full of ammunition for their cannons. The British splashed back through the Chippewa River, thoroughly beaten that day.

“The American victory at Chippewa proved that U.S. soldiers could stand up to the well-trained British regulars,” Seelinger wrote. “The triumph over the British along the Niagara River on 5 July 1814 was a great psychological victory that inspired the Army and the entire nation. While Brown’s Left Division performed well as a whole at Chippewa, much of the credit for the victory must go to Scott, whose training camp planted the seeds for the American triumph.”

The Forgotten Significance of the Battle of Chippewa for U.S. Military History

That great victory on July 5 has long been forgotten by many historians, because the Americans never captured Canada. British reinforcements rushed to the Niagara Peninsula, and after a bloody tactical draw at Lundy’s Lane where Scott was badly wounded and knocked out of action, the Americans withdrew back to New York. To be sure, there would be U.S. humiliations far away, at Bladensburg in Maryland and the destruction of Washington, D.C. But these were replaced by many more U.S. successes.

The days around September 11 were a series of triumphs for the young nation. Baltimore was saved as the British failed to take Fort McHenry by land and sea. A second British fleet was captured by a slightly smaller American squadron at Lake Champlain, and Sir George Prévost’s army retreated from outside Plattsburgh. These victories certainly helped strengthen America’s hand at peace negotiations at Ghent. And Andrew Jackson’s crushing defeat of a large British invading force at the Battle of New Orleans in January of 1815 gave America the exclamation point on the conclusion of the War of 1812; a peace treaty was ratified shortly thereafter by the U.S. Congress and British Parliament in 1815, officially bringing the fight to a conclusion.

But the beginning of the end may well have been sown at the Battle of Chippewa (also called the Battle of Chippawa), not far from Niagara Falls. American militia fought like regulars. U.S. regulars fought better than their British counterparts that day. And there were important lessons to be learned by the United States of America which persist today.

The Legacy of Chippewa, Winfield Scott and American Volunteers

Excellence, not seniority, would determine who would command American forces, as command was given to those who proved themselves in combat, passing over elder, less experienced generals. Military etiquette and disciplined training, long before General George Patton was born, would be the new order of the day. And strategic thinking would complement innovative battlefield tactics in America’s Armed Forces.

As I write this, I’m sitting on a porch, overlooking Lake Winfield Scott, a wonderful yet obscure natural park in North Georgia named for the famed general, who shares much in common with this little-known place. Scott went on to command the U.S. invasion of Mexico on the Eastern front in the 1840s. His training and tactics beat the much larger Mexican forces at every battle on the way to Mexico City, providing lessons for historic officers like Ulysses S. Grant, Robert E. Lee, George Meade, Thomas “Stonewall” Jackson and many more from the Civil War era. And before the Civil War, Scott set in motion the “Anaconda Plan,” the strategy that used blockades and control of Southern rivers to end the Confederacy. Had Scott won the presidential election of 1852 for the Whigs, instead of the inept Franklin Pierce, we might not have even had the Civil War.

But there’s one more success story from that Independence Day time during the War of 1812: the maintenance of the largely volunteer American Army. The Battle of Chippewa demonstrated something else; America did not need the mass conscription that foreign armies frequently demanded. The Chippewa conflict showed that the average American volunteer was capable of going toe-to-toe with the world’s best, and earlier failures attributed to our militia were the result of leadership incompetence, not volunteer inabilities. It’s a lesson that mattered then and is still vastly important 200 years later today.

John A. Tures is a professor of political science at LaGrange College in LaGrange, Georgia—read his full bio here. This column is dedicated to Donald Hickey, America’s War of 1812 historian whose book “Don’t Give Up This Ship: Myths About the War of 1812” helped lead my War of 1812 class; our college professors Kevin Shirley, Lisa Crutchfield, Josh Van Lieu and Joe Cafaro who make history cool to their students; and Michael and Diana Buck, War of 1812 reenactors from Fort McHenry, who inspired me to love this lesser known conflict in U.S. history. 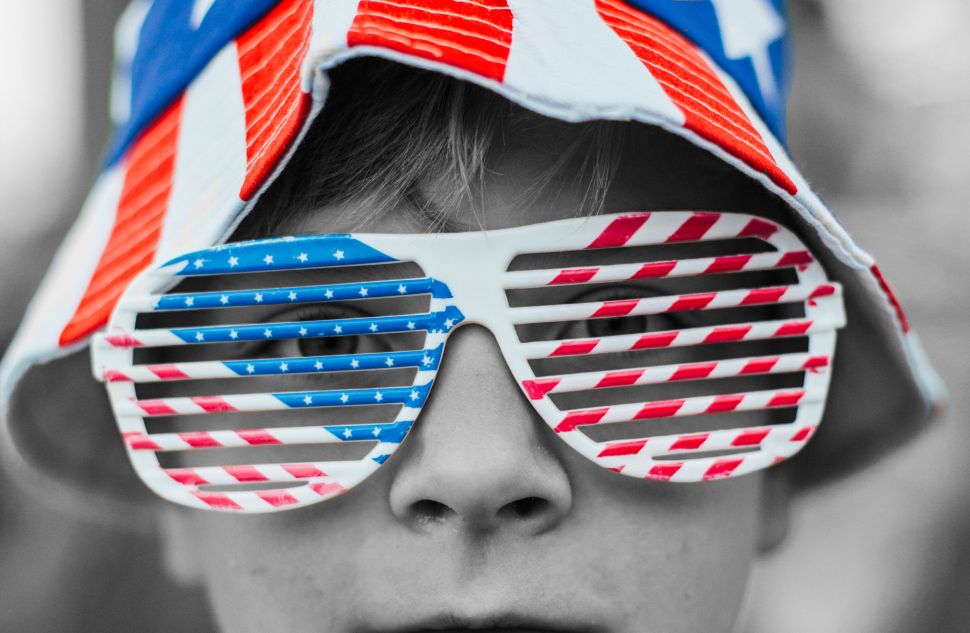