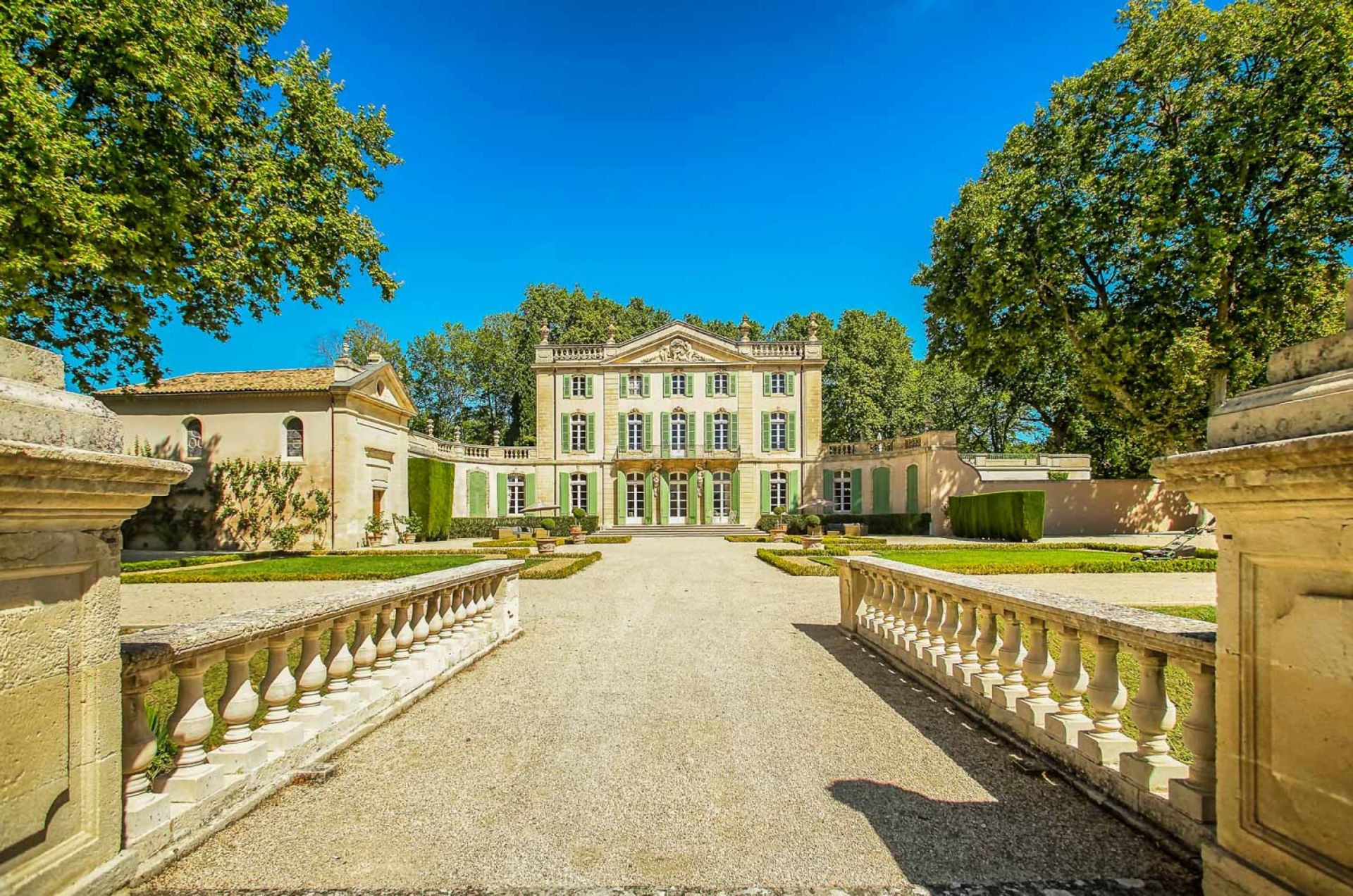 Sophie Turner and Joe Jonas celebrated their wedding at an 18th century French chateau. Scroll through to see inside.
Courtesy Airbnb 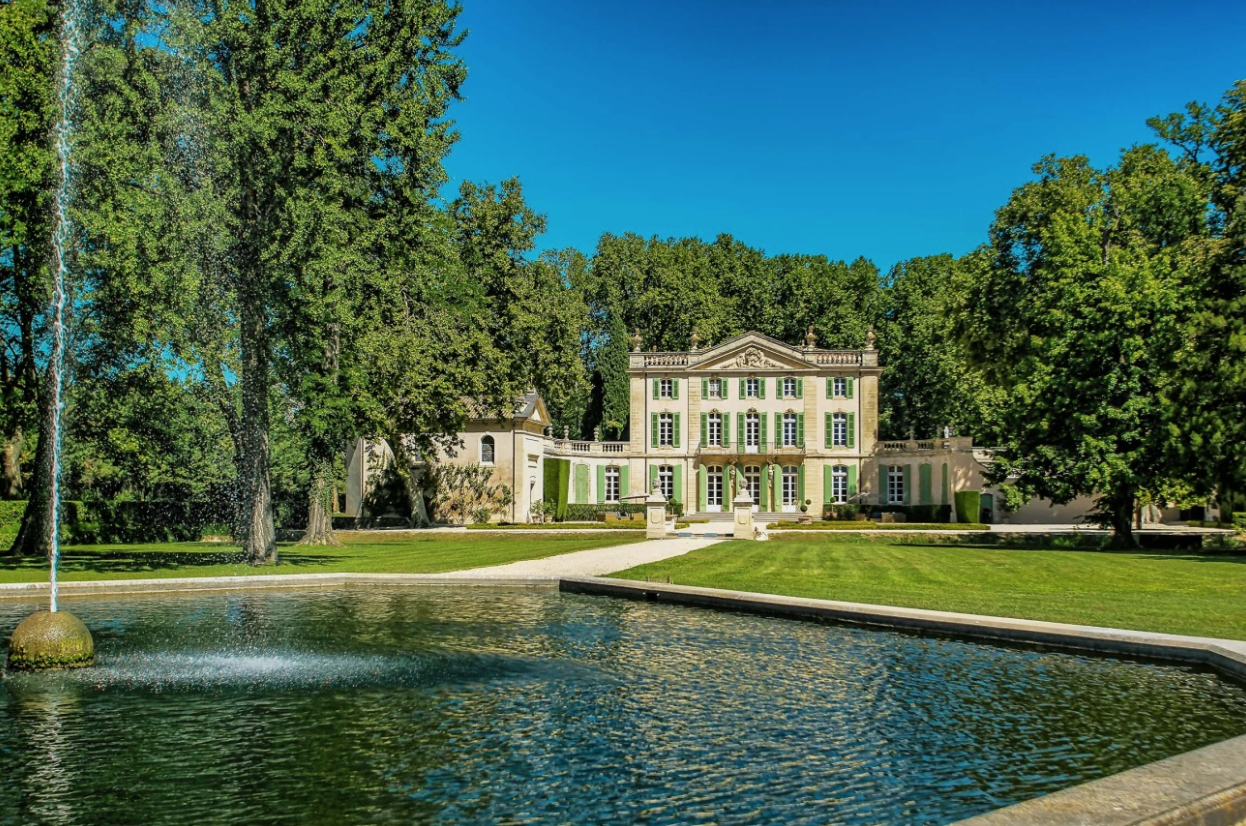 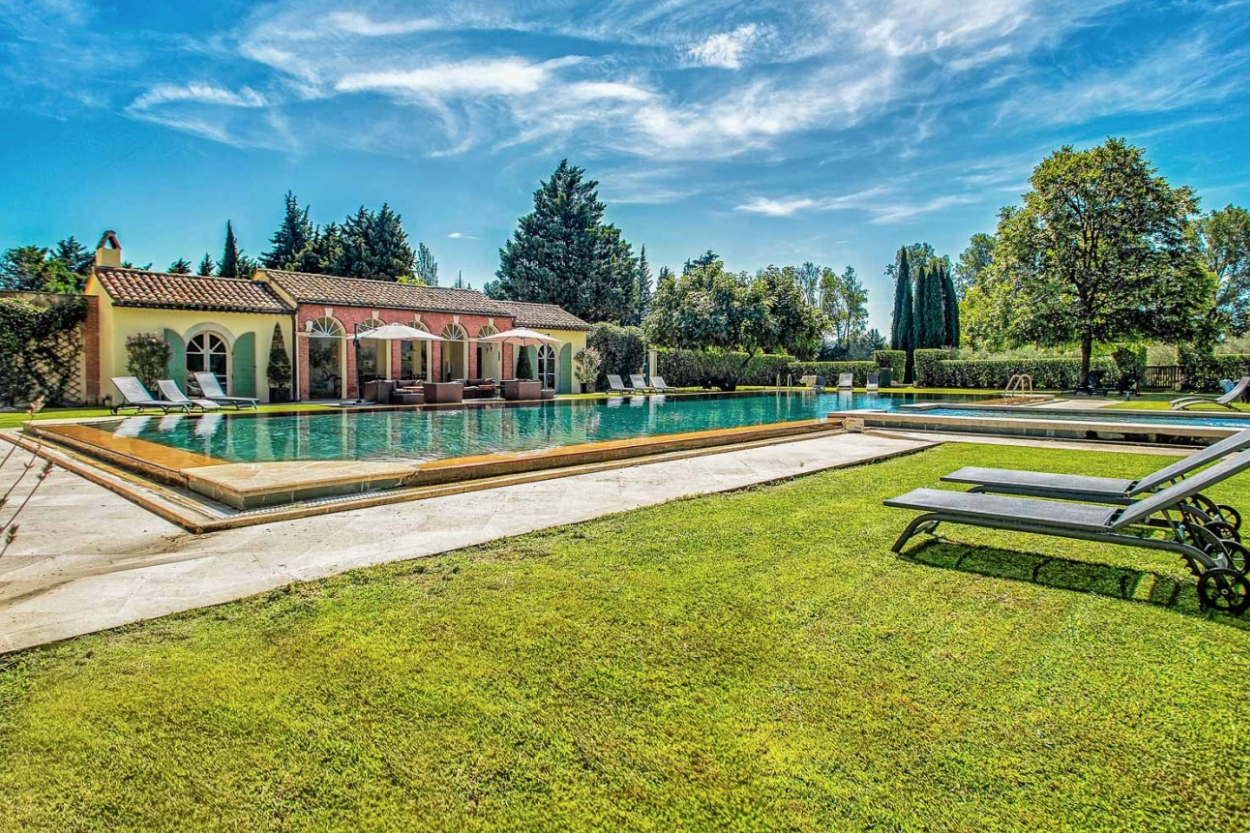 A pool party was crucial in the summer heat.
Courtesy Airbnb 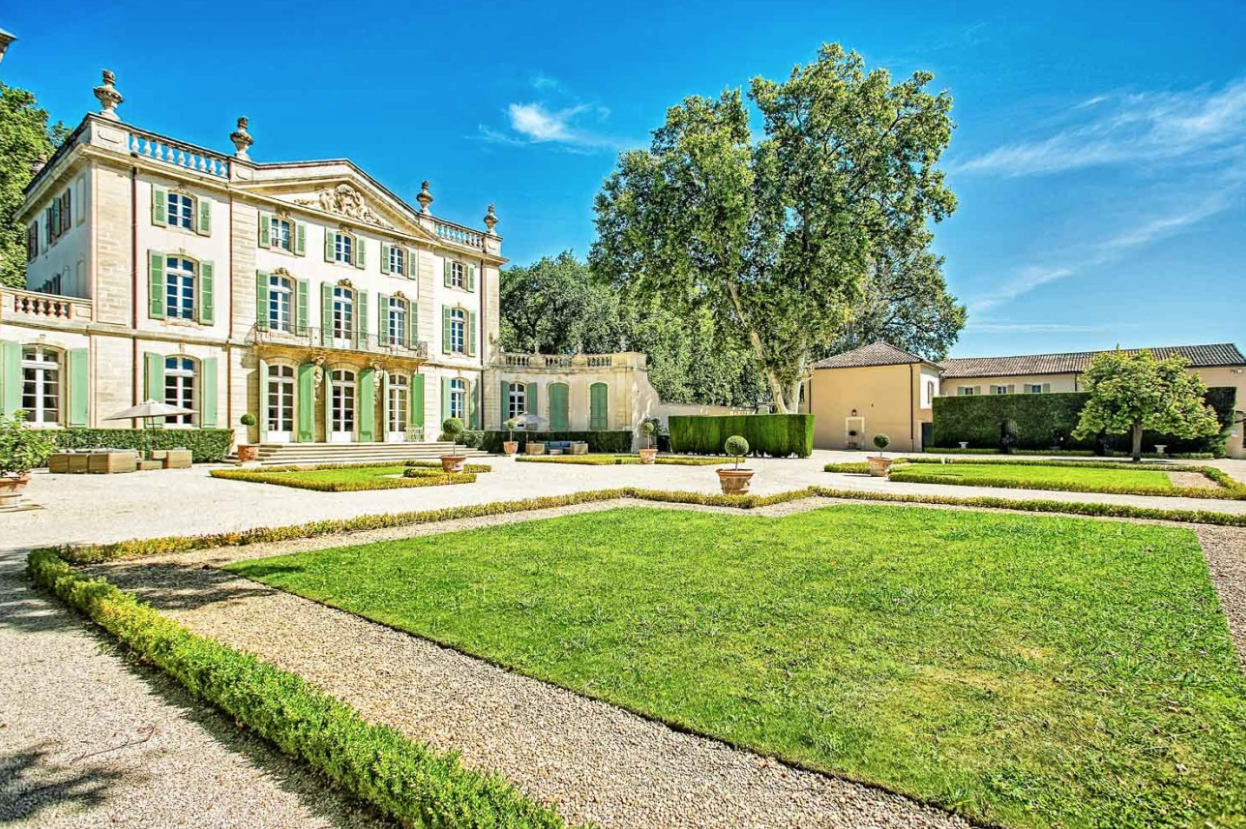 It's on 20 acres.
Courtesy Airbnb
Advertisement 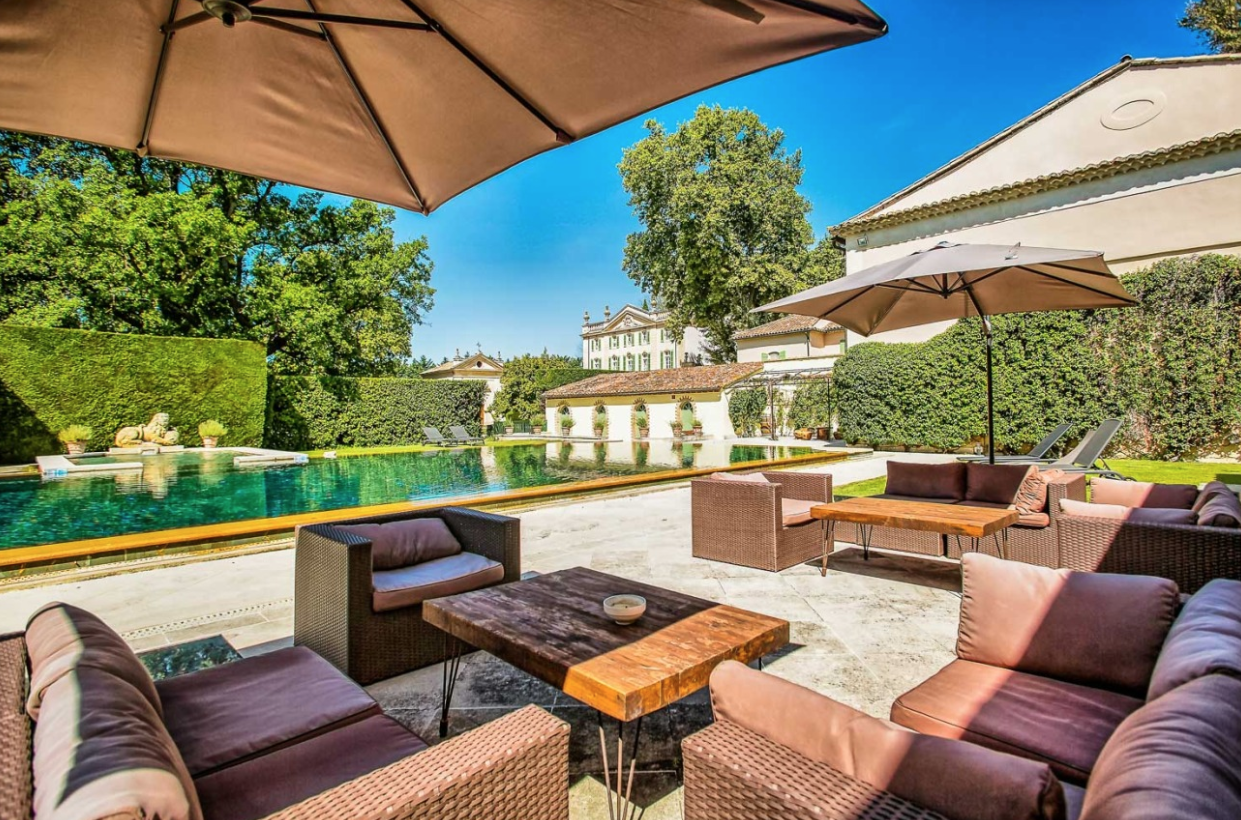 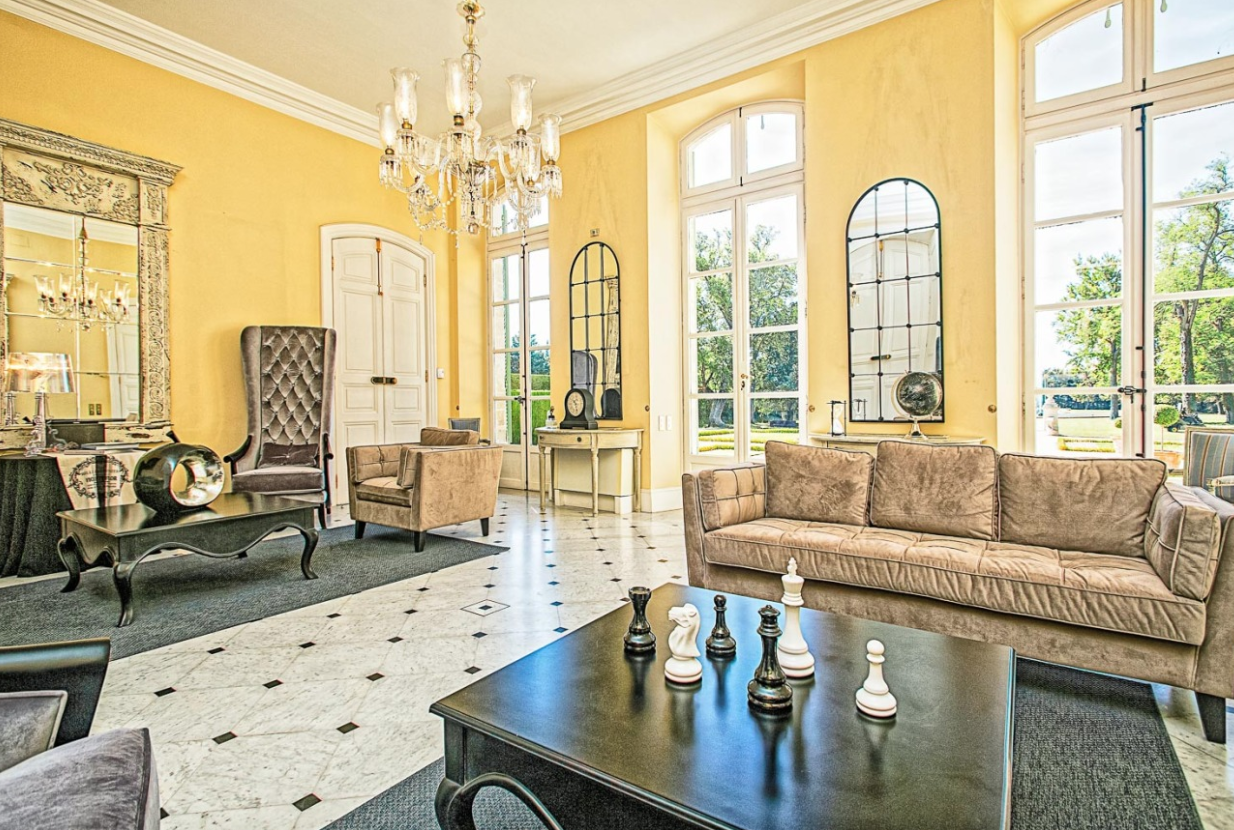 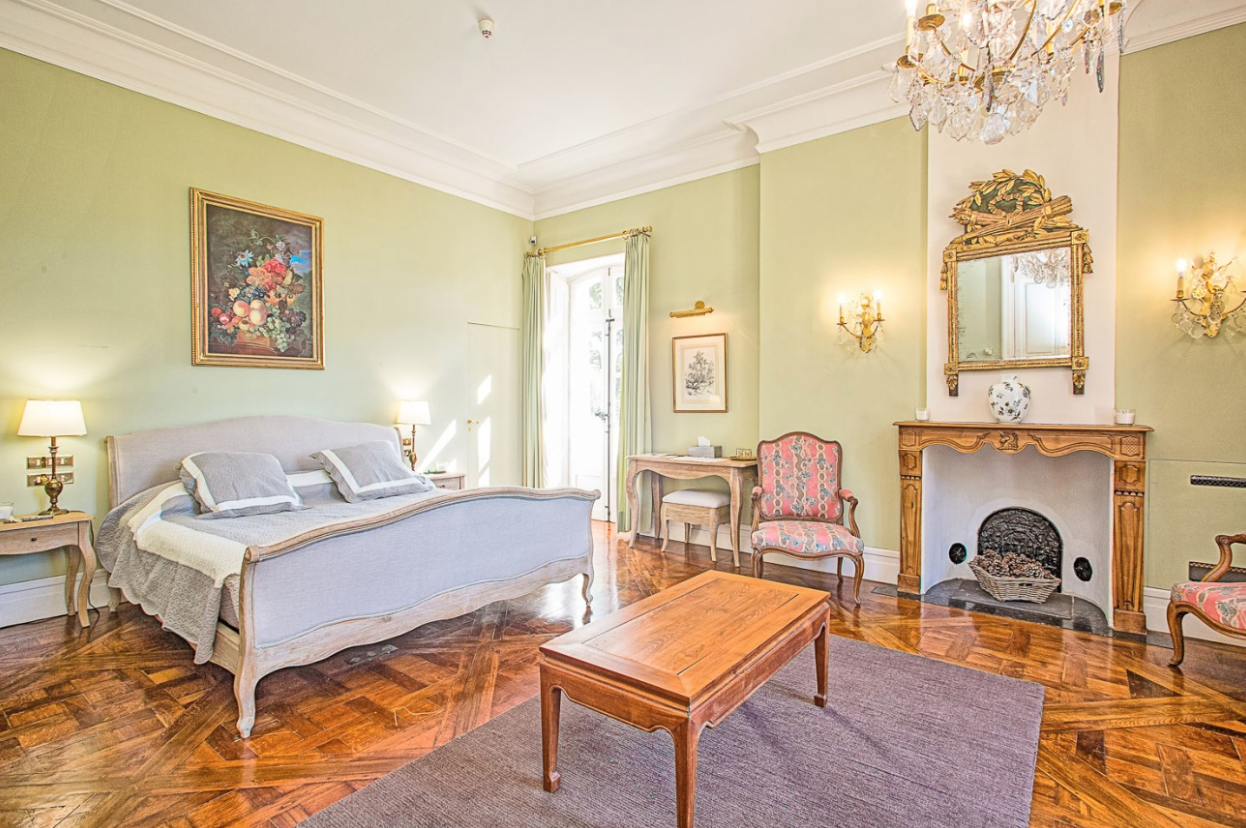 One of the nine bedrooms in the main house.
Courtesy Airbnb
Advertisement 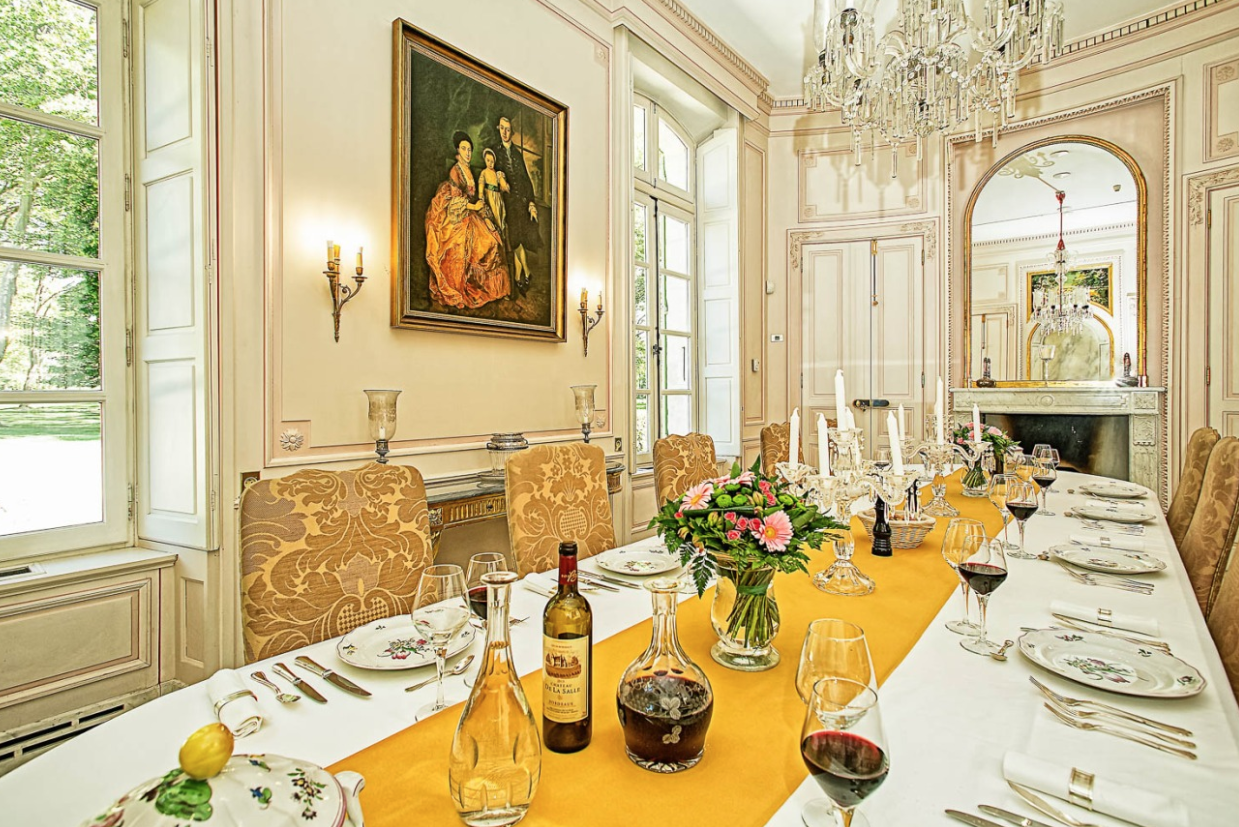 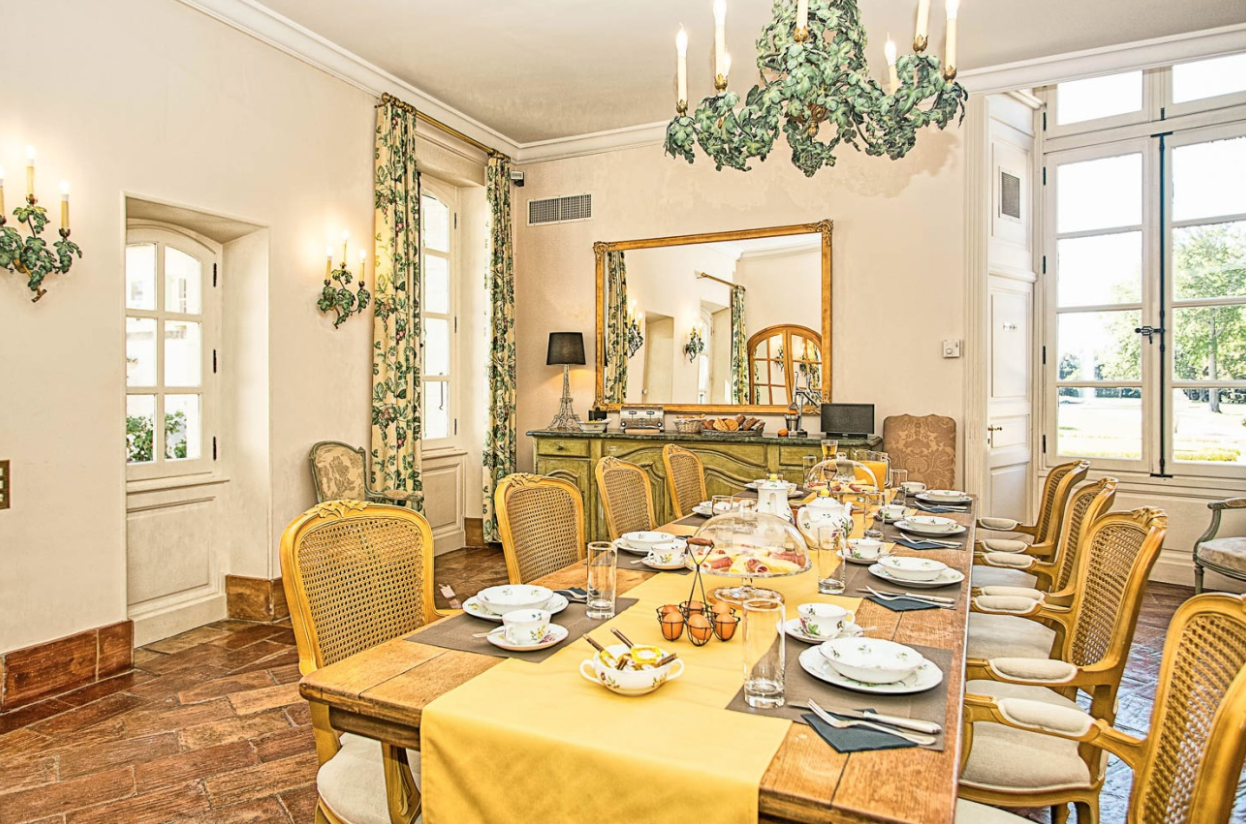 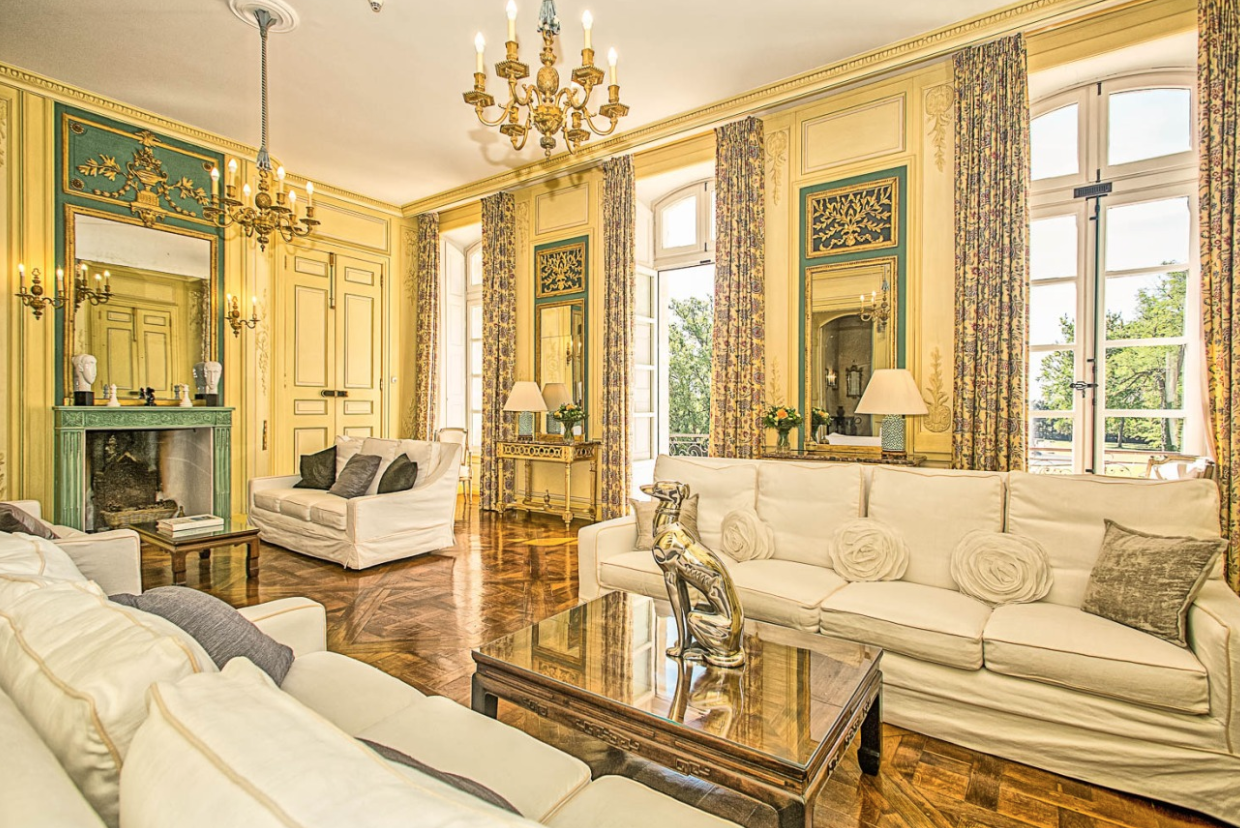 Just one of the salons.
Courtesy Airbnb
Advertisement 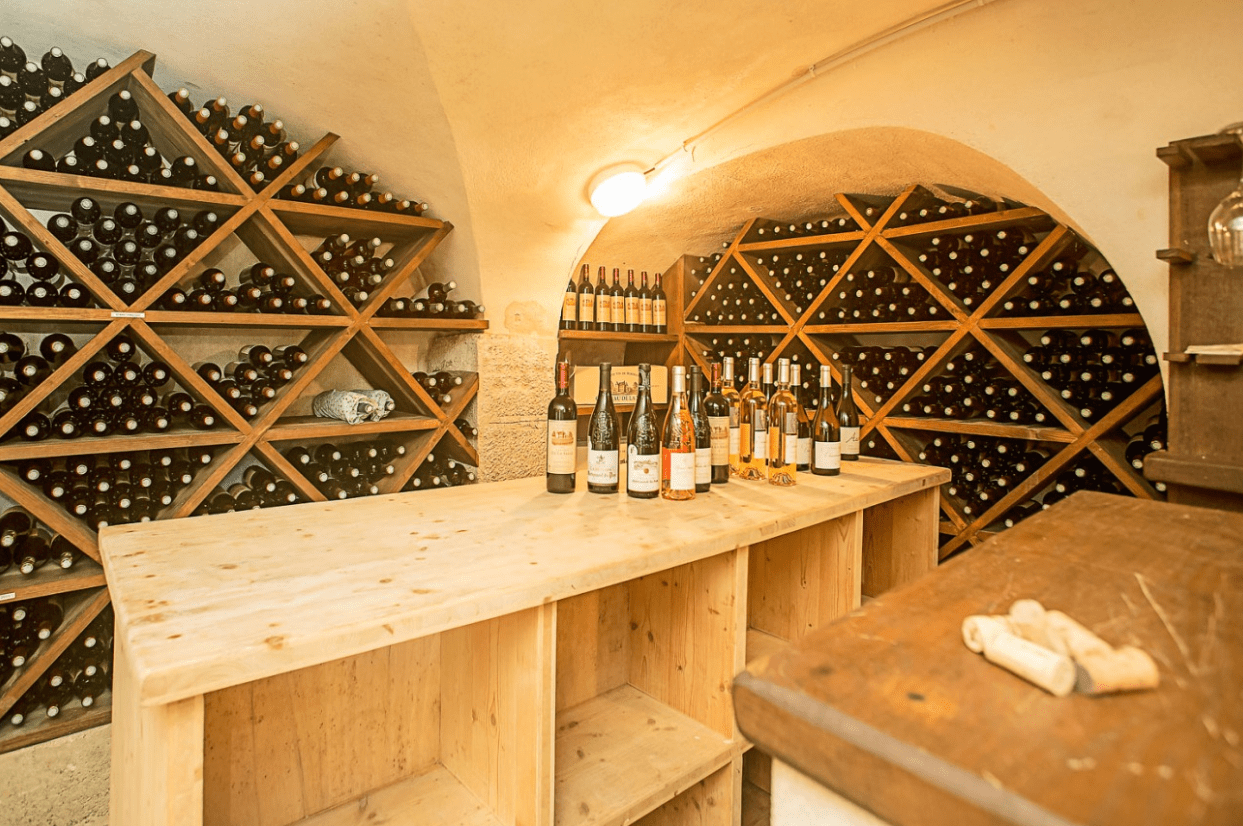 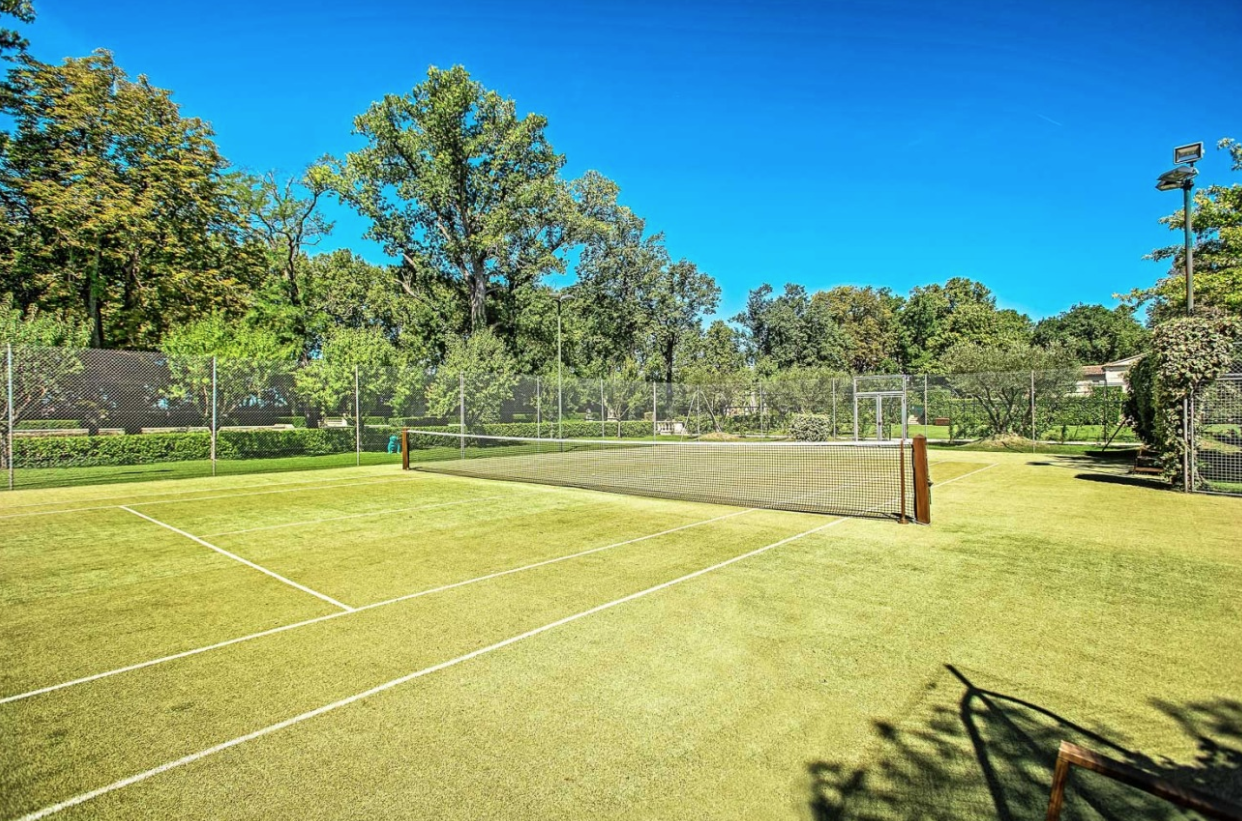 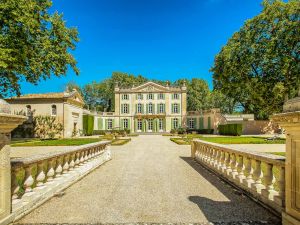 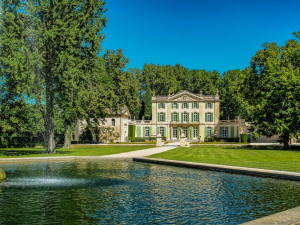 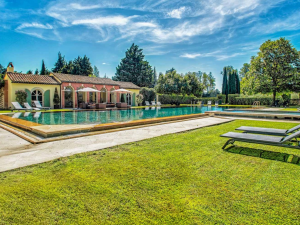 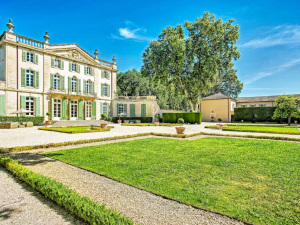 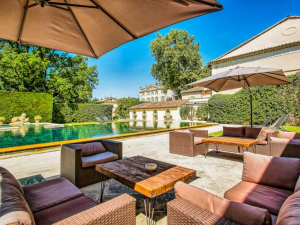 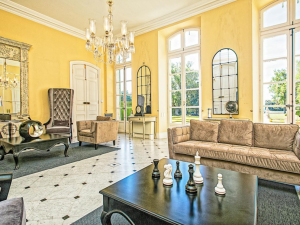 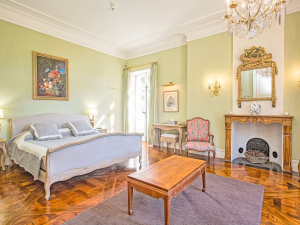 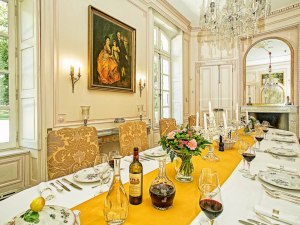 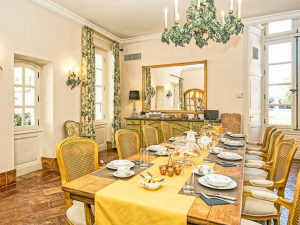 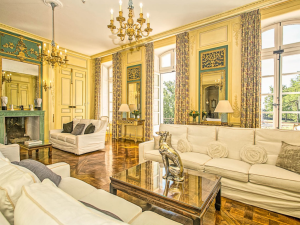 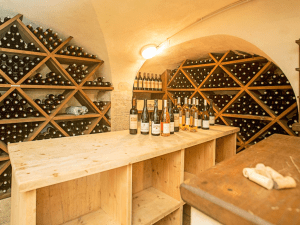 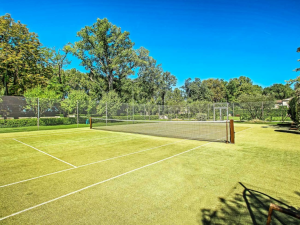 The Jonas Brothers really love a good wedding celebration. Nick Jonas and Priyanka Chopra had at least three receptions, and now Joe Jonas and Sophie Turner have tied the knot for a second time, though their most recent fête in the Avignon region of France in a historic chateau is, to be fair, a step above their Las Vegas nuptials earlier this year.

The JoBro and the Game of Thrones actress hosted a major wedding party over the weekend at the Chateau de Tourreau, near Sarrians in the south of France. The 20-acre estate includes a castle built between 1750 and 1770, which puts Winterfell to shame, and there also just so happens to be a circa-1614 chapel on the grounds.

Even if you didn’t score an invite to the Turner-Jonas nuptials, it’s still possible to see their luxe wedding accommodations—Chateau de Tourreau is listed on Airbnb, priced at $6,848 a night. The site notes prices are different for weddings held at the estate, however, so we’re going to assume it was even more expensive.

The main chateau building is composed of nine bedrooms and nine bathrooms, with a dining room that can seat up to 15 people, a salon with bay windows and a provencal-style kitchen with travertine stone and professional grade appliances. There’s a blackwood salon with a billiards table, as well as lots of patios for al fresco dining.

The property also houses lots of fountains, an orchard and a veggie garden, with a summer kitchen by the big pool. There’s a fitness area and tennis court, in addition to an olive oil production room. Don’t worry about any lack of space, as there are seven additional guest suites on the palatial estate, so there was plenty of room for all their guests. Attendees included all the JoBros, Maisie Williams (who served as maid of honor), Ashley Graham and Diplo—who did not livestream the event but did reportedly DJ the afterparty.

white party for the bride and groom 🎉

The reception featured outdoor tables on the grounds, which were accented with white florals, crystal, candles and gold, according to E! News. There was many an open bar, and the newlyweds kindly had waiters walking around not only with bubbly, but also wet towels, as there let’s not forget there’s an actual heat wave going through Europe right now and formalwear doesn’t always breathe well.

The couple did leave the estate at one point, as they hosted a formal rehearsal dinner at La Mirande in Avignon, which is the very same Michelin-star restaurant Barack and Michelle Obama dined at during their recent European vacation.

It seems the crew has left the Chateau post-wedding, as Chopra and Jonas have jetted back to Paris, where the group previously spent the week leading up to the big day. Perhaps the newlyweds are heading off on their honeymoon now—considering how lavish their wedding and their bachelor and bachelorette parties were, it seems like we should expect a getaway that’s even more over the top.