In the film I, Robot, loosely based upon stories from Isaac Asimov, Will Smith confronts a world where robots replace the functions of many humans. Will it happen for publications too, as “J Robots” (journalism robots) replace reporters? The newsroom will certainly never be the same.

If you think about it, the world of publishing has always seen machines take jobs away from humans, ever since the printing press churned out the Gutenberg Bible, eliminating one of the functions of monks who had painstakingly crafted well-scripted copies of books for thousands of years. Electric typewriters made their earlier counterparts obsolete, only to be ousted by personal computers. And how much has been written about the effect of the internet on newspapers and magazines, or digital journalism taking away ratings from radio and television?

Of course, these innovations had a lot more to do with the delivery of content, rather than the generation of that material. But that’s all about to change when you see what’s next.

At a recent conference at John Carroll University, Dave Edyburn, the associate dean of research and faculty development, told a story about a Chinese girl, bored with having to write the same lines over and over again for “maximum retention,” who found a smart solution. She purchased a robot and trained it to copy her handwriting to take care of the tedious task.

Some at the talk scoffed, but I went online to play with a computer generator of Bart Simpson from the cartoon TV show featured in Edyburn’s presentation; I had the character repeatedly write with chalk, “Robots Can’t Replace Humans Writing Many Sentences,” on a blackboard, just for the fun of it.

Do you hate writing thank you notes? Bond, a tech startup company from New York, created a robot to take care of that thankless task.

How about summarizing longer articles into bite-sized pieces? Computers can do that too. I tried condensing my article, “Poison Ivy League: Is It Actually Worth It To Cheat Into The Elite” for Observer into TextCompactor.com, and set it for 10 percent of the story length. You can read the original here, and see the revised version below:

The best colleges are inhabited by the best scholars and attract the best students, who are admitted mostly according to their academic merits.

Such a myth of earned selectivity has been severely punctured by the recent FBI raids that have snared rich and famous parents trying to break the rules to get their kids into elite colleges, a mission dubbed “Operation Varsity Blues.” But do these vaunted institutions guarantee success to their graduates?

The Harvard Effect… Is It So Effective?

In a paper for the National Bureau of Economic Research (the same group that officially defines recessions), Stacy Berg Dale and Alan B. Scholars, who publish infrequently or who focus on activities that does not result in publications like instructing undergraduates, may find themselves out of contentions for many teaching positions.

If my daughter was accepted to one of the elite colleges or a liberal arts college with similar funding, I’d advise her to consider the quality of the education more than the name-brand of the university.

You’ll find some state universities, dubbed “Research I” universities, which behave the same way as the elite colleges when it comes to focusing on student learning.

Again, you get the gist of the story, despite a few errors. You can tell that it’s been edited by someone, or something, that didn’t get it 100 percent right. It’s like using Google Translate to convert this into a different language, another robot we probably didn’t think about as a robot.

You might get away with using Cliff’s Notes to pass a very simple multiple-choice test about a book, but a good English paper out of a condensed pamphlet is unlikely.

But Can Robots Report?

When Amazon CEO Jeff Bezos bought The Washington Post, few anticipated that he might create the vanguard of robot journalism, but that is what happened. The Post created a bot known as Heliograf to write stories about local content that the staff didn’t have the resources to cover.

The Washington-based newspaper isn’t the only media outlet getting into robo-journalism; the Associated Press has been doing the same thing, with a speed that outperforms humans. According to sources, China has its own robot for news stories. And wait until you see the content generated by Reporters and Data and Robots (RADAR), partly funded by Google for the news agency PA, which can generate a frightening amount of content which humans alone could not do.

While robots may get strong marks on speed and accuracy in grammar, they have some glaring weaknesses. They are vulnerable to not understanding satires, spoofs or mistakes. Remember when the humor news site the Onion debuted and China really did think the U.S. would move the capital from Washington, D.C. or Denver for better skiing? Or remember that false alarm about a North Korean missile headed for Hawaii? A few erroneous reports would be one thing, but an army of robo-journalists would be hard to combat.

There are also concerns about libel, which a robot may not be as concerned about as a human might, according to broadcast journalism lecturer Christina McIntyre with Glasgow Caledonian University.  And we haven’t even covered the subject of hacking, a propagandist’s dream come true.

I asked a conference-goer what robots can’t do well. He pointed out that robots don’t handle literature well, covering the facts, and maybe reactions, but not reason. It wouldn’t understand why something matters. Can you imagine a robot trying to figure out why To Kill A Mockingbird matters?

Most of the concerns that people have about robot journalism involve the loss of jobs, as well as the lack of human control over the process. But that may not actually be the case.

At this same conference on data science, I quipped the line: “Intelligence is knowing that a tomato is a fruit, not a vegetable. Wisdom is knowing not to put a tomato in a fruit salad.” The consultants helping with the conference overheard me, and the quote became a mantra.

Northwestern University communications professor Nicholas Diakopoulos recently wrote about the latest artificial intelligence project Arria Studio, which links pre-written text with new information that the systems mines and plugs into the article. For example, Diakopoulos includes an interface that reads “A recent gun-related crime in [(State)] occurred on [(Incident_Date)] in [(Incident_City)]…Firearm mortality in [(State)] is [(Rate)] per 100,000 people”… and goes on to rank the state compared to others in the nation, along with further statistics.

“Authoring interfaces like Arria allow people to do what they’re good at: logically structuring compelling storylines and crafting creative, nonrepetitive text. But they also require some new ways of thinking about writing. For instance, template writers need to approach a story with an understanding of what the available data could say—to imagine how the data could give rise to different angles and stories, and delineate the logic to drive those variations. Supervision, management or what journalists might call ‘editing’ of automated content systems are also increasingly occupying people in the newsroom. Maintaining quality and accuracy is of the utmost concern in journalism.”

In other words, rather than reduce newsrooms, robots would give people more to do. Stories that were left behind because of a lack of available resources could be written and accessed. This wouldn’t be a case of steamboats replacing keelboats for faster travel, but search engines creating far more jobs than they replace.

If there’s a dark side, it will be more about generating that digital divide. Reporters and editors won’t just need classes in English and journalism to succeed in this new world, but it will also require proficiency in computer science, data analytics and possibly other technological-related skills. 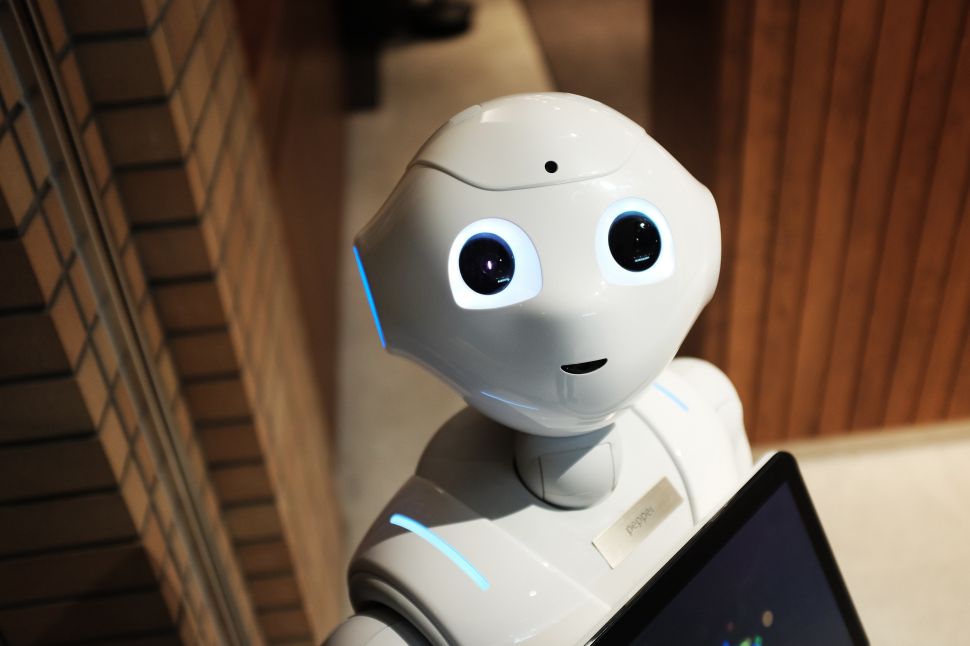