Julian Assange was a terrible houseguest at the Ecuadorian Embassy in London. In 2012, the WikiLeaks co-founder was granted asylum status by the Ecuadorian government and took up residence.

And he long overstayed his welcome.

SEE ALSO: What Does Julian Assange’s Arrest Mean for Journalists?

Assange ruined the embassy floors by skateboarding in the halls and was noted for basically having the hygiene of a pig. Fistfights broke out between Assange and the guards. He even smeared feces on the walls out of anger. Think of Assange as the worst possible roommate imaginable—who had to finally be dragged from the building by authorities.

And now we have learned that Assange also used the embassy as a command post, to receive documents from Russians, in the months leading up to the 2016 presidential election, despite the fact that he has previously denied having connections to the Kremlin. Assange met with Russians and world-class hackers at the embassy during pivotal moments of the campaign. Throughout his tenure, the embassy hired three different security companies to keep tabs on Assange. In turn, Assange installed his own recording devices and sound machines so he couldn’t be listened to.

Almost like something you’d find in a late ’90s Will Smith movie, these new details come from hundreds of surveillance reports compiled for the Ecuadorian government by UC Global, a private Spanish security company.

So from a pure “Spy vs. Spy” point of view, what else did Assange technically do to pull off this maneuver that changed the outcome of the election? Under such a watchful eye, how did Assange manage to orchestrate a series of damaging disclosures that rocked the American presidential campaign from the confines of the Ecuadorian Embassy—without being found out until recently?

First, Assange wielded enormous authority in the embassy which was on par with that of the Ecuadorian ambassador. (Was this before or the result of smearing feces on the wall?) And because of that, his demands were met for high-speed internet, computing and network hardware and phones to keep his WikiLeaks operation active. The dump of information—that was crucial to our election—was done directly from the embassy.

During the interim, Assange was able to frequently meet with Russians tied to the Kremlin and world-class hackers for hours at a time. He also had a special VIP guest list which allowed certain visitors not to show identification or to be searched when facilitating his information dumps received from Russian operatives. Assange even had the power to delete names from the visitor logs and would sometimes hold meetings in the embassy’s women’s bathroom to avoid surveillance cameras.

Frequent visitor German hacker Andrew Müller-Maguhn would sometimes only stay for five minutes—just long enough for Assange to be given a USB drive of information. Surveillance videos even show deliveries being made to Assange by a man who actually wore a mask over his face when doing the drop-off.

Closer to the time of the massive WikiLeaks dump of stolen DNC emails from Russia, Assange received new data transmission equipment, which an embassy worker even helped him install.

Assange was clearly working in close coordination with the Kremlin. The WikiLeaks release of more than 20,000 internal files from the Democratic National Committee sowed utter chaos during the 2016 election.

But in “Spy vs. Spy” terms, a technical success—until now.

Still, as Trump stated several times during the 2016 campaign: “I love WikiLeaks.” 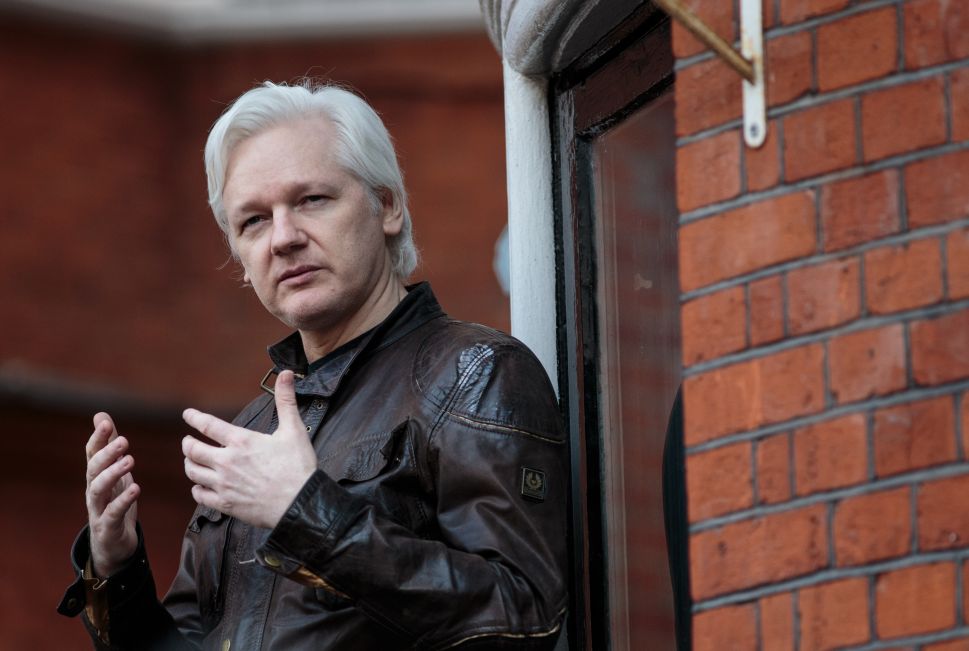