After a busy few months, Prince William and Kate Middleton are on their annual summer break. The Duke and Duchess of Cambridge typically take a bit of a rest from their usual royal duties during late July and August, once Prince George and Princess Charlotte are out of school. Now, they’re officially on their holiday, as Hello reports.

It seems Prince William and Kate Middleton’s Wimbledon excursion was their last major public appearance for a while, but at least we got to see the Duchess of Cambridge’s very entertaining expressions while watching the matches. This year, Duchess Kate, the royal patron of the All England Lawn Tennis Club, handed Gentleman’s Single’s champion Novak Djokovic the trophy cup for her first time. They will be making one official appearance in August, as the Duke and Duchess of Cambridge are hosting the King’s Cup sailing regatta in Cowes.

They also have a big celebration coming up, as Prince George turns six on July 22. Last year, they went all out for their eldest son’s special day, as the family was on vacation in Mustique with the Middletons.

The Cambridges will likely spend a good portion of the break away from their Kensington Palace abode in London, and instead head to their country residence, Anmer Hall, on Queen Elizabeth’s Sandringham estate. It’s probably pushing it to a call it a country home, actually, considering it’s a 10-bedroom Georgian mansion, though the Cambridges are apparently quite low-key while there, with Kate answering the door herself, cooking meals and doing lots of activities with her kids. It’s also in a no-fly zone, unlike Prince Harry and Meghan Markle’s Frogmore Cottage residence, so they get extra privacy.

The littlest Cambridges are already living their best summer lives, as the whole family attended a charity polo match last week where Prince William and Prince Harry played on competing teams (the future King of England was on the winning side). Prince Harry and Meghan brought along Archie, so the cousins got in some quality bonding time.

Prince George and Princess Charlotte have been spending time with their maternal grandparents, Michael and Carole Middleton, and went to a local festival in Berkshire over the weekend, while Kate and Pippa Middleton were at Wimbledon.

And, of course, the Cambridges will be making their trip to Balmoral, to visit the Queen at her Scottish Highlands residence. Queen Elizabeth spends two months there every summer, and expects all members of the royal family to come stay there at some point. Perhaps they’ll overlap with the Duke and Duchess of Sussex—they’ll get in some family time before they embark on their royal tours in the fall. 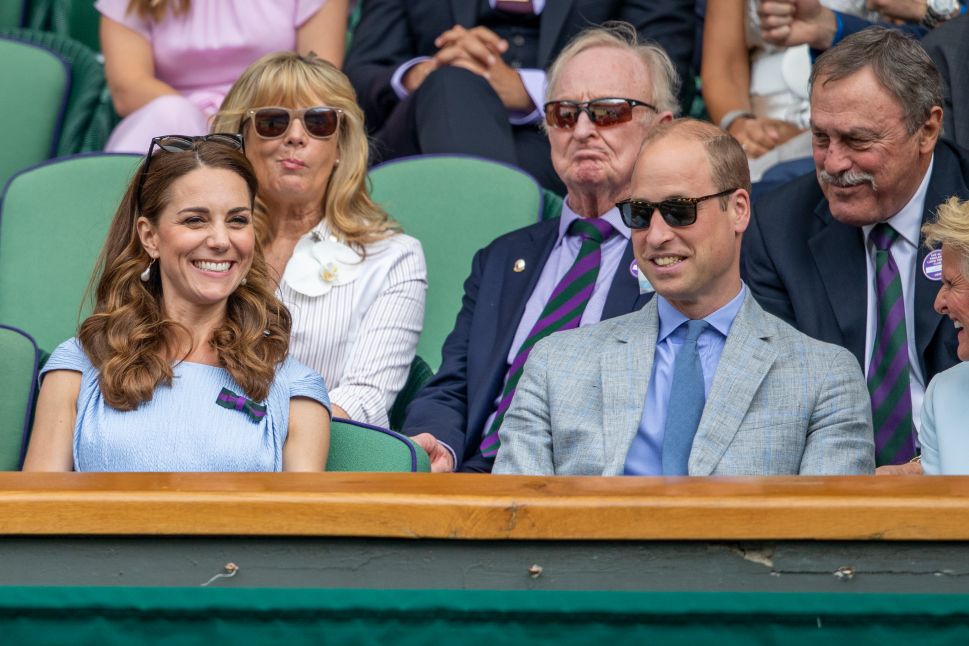