The Kardashians aren’t exactly known for their understated homes—pretty much every member of the extended family has gone all out on their over-the-top mansions, most of them located in the Kardashian-beloved enclave of Hidden Hills in Calabasas. Kim Kardashian and Kanye West’s approximately six-acre spread might be one of the most extravagant abodes, as they spent over three years (and $20 million) renovating the estate, creating a minimalist aesthetic that the contour queen described as a “minimal monastery.”

We’ve gotten a few peeks into the mansion in the past, starting with a few Twitter snippets (apparently, the Kardashian-Wests originally planned on keeping the entire home private, but had a change of heart, because #content). And now, thanks to a new Forbes profile of West, we know some very crucial info about the mansion—most importantly, guests to the residence should get ready for some new shoe accessories, but not in the form of Yeezys.

Thank you Domenico! I hope North was a good assistant (swipe)

Anyone entering the home is met by a “handler” in the foyer, where the writer, Zack O’Malley Greenburg, notes he was instructed to wrap his shoes in “little cloth booties” so as not to get any marks on the floors. But that’s not even the best part—no, that’s the fact that these floors are a “special Belgian plaster,” and if there is even the slightest of scuff marks, a crew must be flown in from Europe for repair. Sadly, we don’t yet know just how many times the Kardashian-Wests have had to bring in these magical European cleaners, if at all, but considering they now have four children, these floors seem rather ambitious.

We’re a little confused about why the family doesn’t just ask visitors to remove their footwear (perhaps they should take a cue from Justin Bieber and consider a joint venture into hotel slippers for guests), but maybe the aforementioned booties are some very exclusive collab about to drop. Then again, maybe they’re just like being in a hospital.

What we do on maternity leave…. Directed and Choreographed by North 🤠 @lilnasx

The palatial home also features “unadorned alabaster walls,” and almost every single surface is a “monastic shade of white.” If you’re wondering how the KKW Beauty ensures the rest of the place stays clean, aside from these special Euro superstar floor experts, it’s surprisingly normal—she previously revealed that she keeps her furniture spotless by running around after her kids with towels. 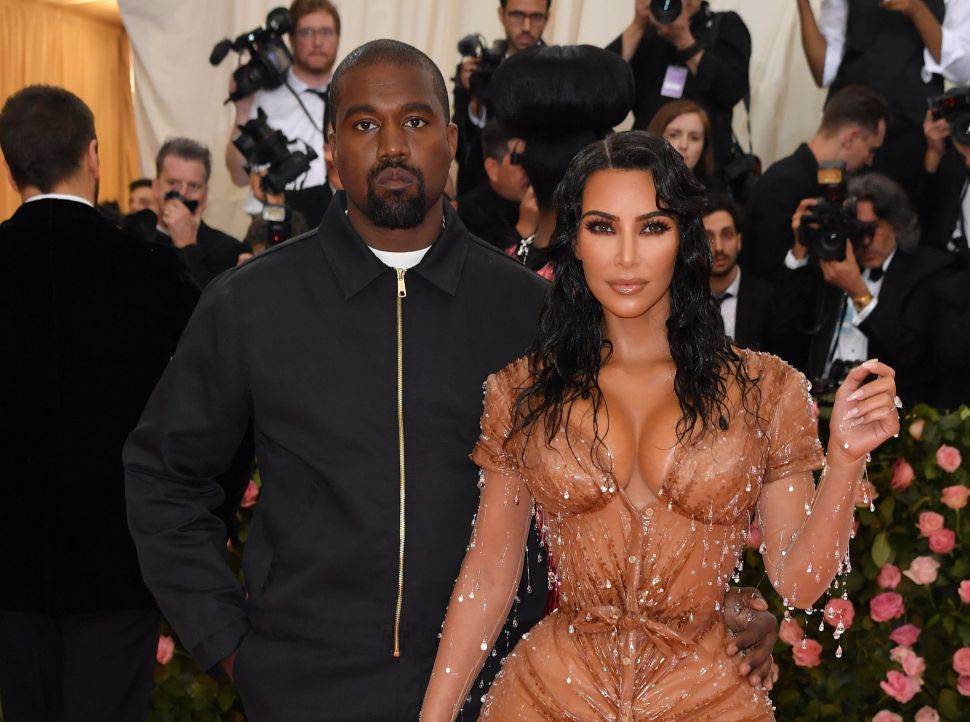