“It’s like being on the seven-yard line at a football game,” Kudlow said at CNBC’s Capital Exchange conference on Tuesday. “And as a long-suffering New York Giants fan, they could be on the seven and they never get the ball to the end zone.”

“When you get down to the last 10 percent, seven-yard line, it’s tough,” added the economist.

Trade negotiations between the U.S. and China went into turmoil in May, with President Donald Trump threatening to impose tariffs. After meeting with Chinese President Xi Jinping in Japan last month, Trump agreed to suspend the retaliation as both sides resumed discussions; sources familiar with the talks, however, told Reuters that the summit did little to reset the relationship.

“Our team, time and again, asked for the change in Chinese laws and resistance mounted on that point,” continued Kudlow. “They seem to believe that the State Security Council, or the Politburo, can promulgate regulations and that would be sufficient. We don’t agree.”

Even with the challenges, the economist said that the president told his advisors on Monday that Xi wanted a deal. 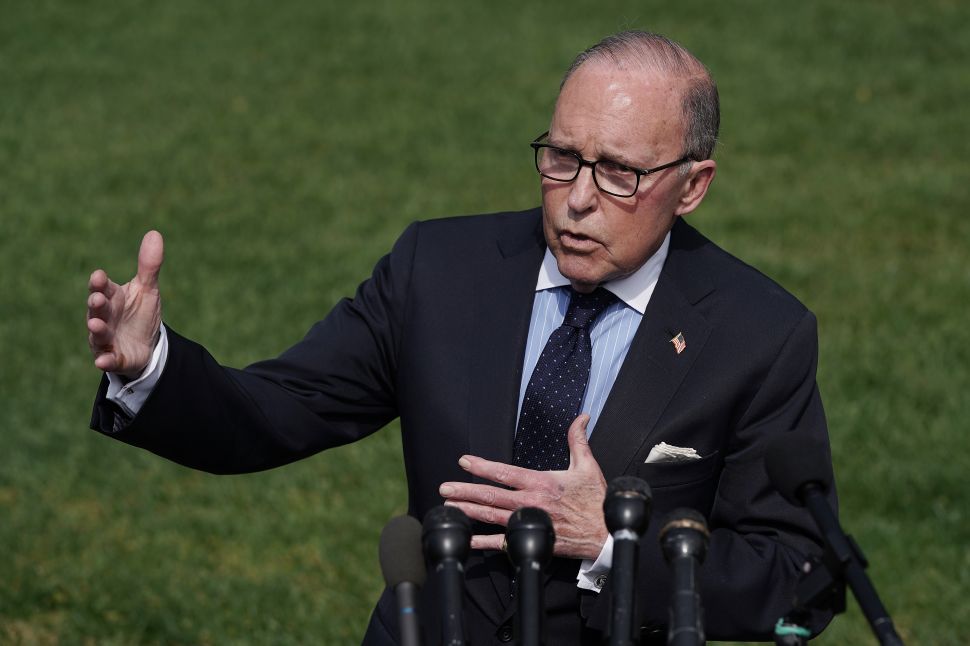