Two months after socialite Lee Radziwill passed away in February, her longtime Upper East Side apartment appeared on the market. The style icon, known for her impeccable taste (and her famous sister, Jackie Kennedy Onassis), owned the apartment for over 30 years, and it was one of the few properties she maintained until her death at the age of 85.

The three-bedroom, 4.5-bathroom co-op was originally listed for $5.9 million in April, but it didn’t find a buyer at that price tag. The ask was chopped down to $4.9 million just a month later, and that seems to have done the trick, as the prewar home just went into contract, though it’s not clear precisely how much the new owner is paying for the place.

The classic New York apartment occupies the full fifteenth floor of 160 East 72nd Street, and is reached by way of a private elevator vestibule.

The 31-foot living room is fitted with a wood-burning fireplace with built-in bookcases, three arched windows and wide plank floors, as well as access to the planted terrace, per the listing shared by Brown Harris Stevens brokers Leslie R. Coleman and Mary K. Rutherfurd. There’s a windowed kitchen (which is apparently quite small), in addition to a formal dining room.

The bedrooms are in a separate wing of the house from the entertaining rooms, and the master suite has its own wood-burning fireplace.

If you missed out on your chance to own Radziwill’s former New York home, there’s still time to pick up a few other things the former princess owned. The tastemaker’s personal collection of chic belongings is going up on the auction block at Christie’s in October, including art, books and other pieces that adorned her homes around the world. 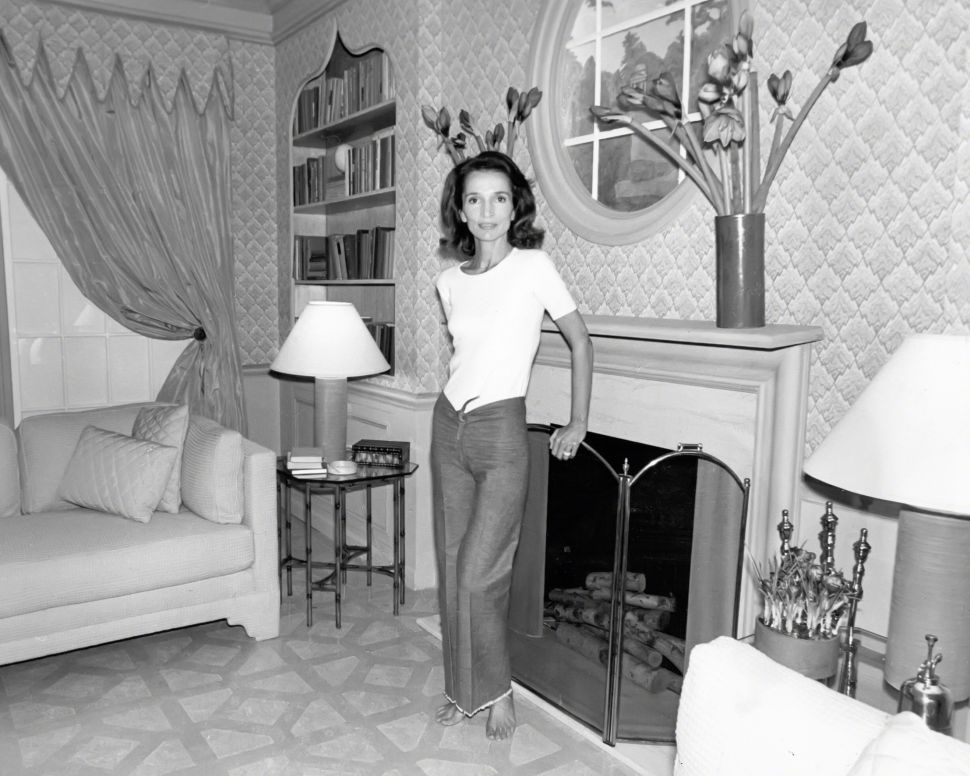