It took a year and a disappointing discount, Lena Dunham has finally parted ways with her Williamsburg apartment. The actress didn’t exactly take in the haul she was hoping for, though, as Dunham actually sold the Brooklyn abode at a loss.

Dunham purchased the three-bedroom, 2.5-bathroom corner unit at 60 Broadway for $2.9 million back in April 2018, but she didn’t end up spending too much time there. Instead, she opted to list the condo for sale just two months later, in July 2018, with a $3 million price tag attached.

Perhaps she realized she made a rash decision, or maybe she was just eager to find a new place, as she bought the property several months after her break-up with Jack Antonoff (who is rumored to have moved on to Lorde, and possibly others), while he ended up staying in the Brooklyn Heights apartment they previously resided in together.

But Dunham didn’t have much luck finding an interested buyer for her quick purchase, and she took the 1,987-square-foot pad off the market in December, before giving it another go with a freshly discounted $2.65 million ask (and new furnishing courtesy of ASH Staging) in April.

Even though she didn’t net a profit, that price tag did get some interest, as the place has now officially sold for $2.63 million.

The apartment looks perfectly nice, with 13-foot ceilings and large windows with multiple exposures, per the listing held by Compass broker Erez Rose. It’s definitely not any kind of Girls-esque lodging, as the apartment is in the full-service, white glove Gretsch building, with a doorman and a library lounge.

The open kitchen is equipped with Carrara marble countertops and SubZero, Wolf and Bosch stainless steel appliances, with an eat-in breakfast bar. The living room contains a gas fireplace, and is adjacent to an additional dining alcove with built-in seating.

The master suite is fitted with a built-in raised platform bed, as well as a custom walk-in closet and a five-fixture marble bathroom with a tub and separate shower.

There are Manhattan views from many of the windows in the apartment, but apparently the cityscape wasn’t quite enough for Dunham, who wanted to be back on the island. She’s now living in a West Village apartment, and she also owns a Los Angeles house, though she won’t be in either this summer, as she’s currently residing in Wales, filming a new show across the pond. 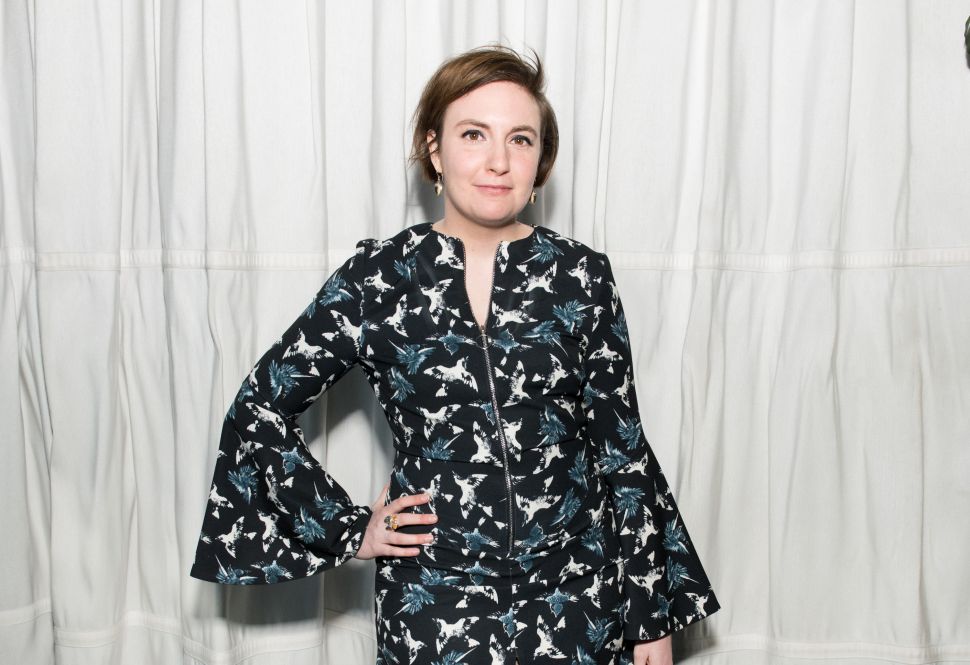