Over the past couple of years, the Los Angeles County Museum of Art (or LACMA, for short) has been going through a series of mini-controversies surrounding the establishment’s ongoing renovation and redesign. Real estate disputes in California seem to be cropping up with increasing frequency due to the literal and existential threat of environmental changes, which is likely part of the reason why Swiss architect Peter Zumthor was dissuaded from his initial idea of planning a museum that would stretch out over the La Brea Tar Pits, potentially damaging them during construction.

Six years after that plan was first unveiled, and several more changes later, the LACMA redesign is now both simultaneously still in dispute and very much underway, as stewarded by the museum’s director Michael Govan. Regardless, the uncertainty of what its new look is going to be hasn’t stopped the museum from bringing forth exciting new exhibitions, two of which are debuting this weekend.

SEE ALSO: A Center Devoted to Matisse Will Open at the Baltimore Museum Thanks to a $5M Grant

Saturday, July 27, marks the beginning of a temporary residency for an installation called The Invisible Man and the Masque of Blackness, made by the British-Trinidadian artist Zak Ové and brought to the museum by curator Jennifer Cernada, a curatorial assistant of contemporary art at LACMA. The piece consists of a series of 40 sculptures that stand at attention and in line in way that comes off militaristically at first, but the order of their presentation actually means something a bit different. The work’s title is a reference to Ben Jonson’s The Masque of Blackness and Ralph Ellison’s Invisible Man, two works that speak to radically different inflection points in black history. The resolute stance of the figures seems to convey irrevocable solidarity and collective strength.

On Sunday, July 28, visitors to LACMA will be able to encounter a survey of the career of Mary Corse, a radical structuralist who made her work under the impression of the belief that light could be used “as both subject and material of art.” Corse’s canvases are stark, color blocked and seemed designed in a lab to be photographed and tagged on Instagram. All in all, spending your entire weekend at LACMA seems like a goal worth aiming for. 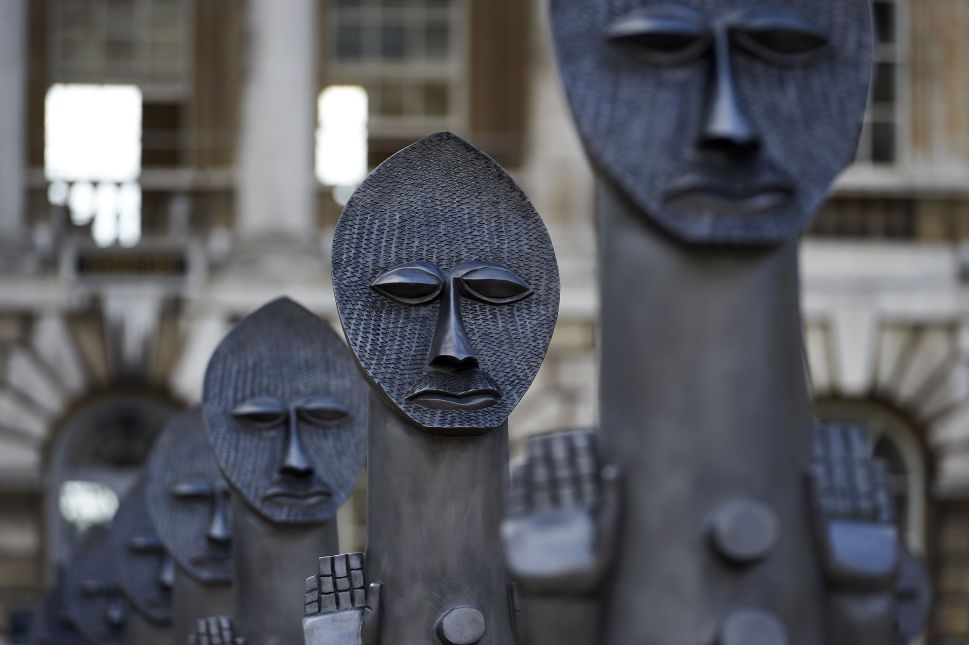