Public officials in California are once again proving they lack common sense—and, perhaps, even the ability to care. A multi-billion dollar project that is currently underway to extend Los Angeles Metro’s Purple Line is putting the health of children at immediate risk by digging shallow subway tunnels through 70 to 80 abandoned, improperly capped, unmapped oil wells under a public high school in earthquake country.

Some residents in Beverly Hills are calling this highly dangerous excavation and construction plan “the purple threat” due to the grave health and safety risks of this extension detour. The original plan for an extended Purple Line ran under a public right-of-way; it was a safer, faster and less expensive plan. But a few years ago, L.A. Metro inexplicably moved the planned subway route 800 feet in a “bait and switch” to a place where the digging could disturb pockets of deadly methane gas and hydrogen sulfide directly under the only local high school. There is no way to predict the migratory path of methane gas once disturbed, and the explosion in March 1985 at a Ross Dress for Less store in Los Angeles is proof of this scientific fact.

The risks of this excavation, construction staging at the fence line of the school and future use of the subway include massive explosions, as well as short and long-term illnesses, including cancer, from diesel truck trips and their emissions while idling. While students and faculty try to learn, work and play sports at the only public high school that is available to them, deadly toxins and deafening construction noise will be unleashed and—contrary to the unrealistic promises of L.A. Metro—unmitigated.

Even more maddening, this move will cost taxpayers at least $400 million more than the original plan.

A Chicago-based developer that has wooed and funded Los Angeles politicians appears to be the only party who will benefit from this disastrous change in plans. The new metro route was once designed to deposit riders conveniently at the doorstep of a new office tower. L.A. Metro and the city of Los Angeles convinced their politically aligned friends in President Barack Obama’s Federal Transit Administration (FTA) that this was a great idea, and federal funds were allocated to dig under the school as Obama left office in December 2016.

The toxins that make us sick are blind to zip codes, and cancer doesn’t care if you live in Beverly Hills or the South Side of L.A. But it is worth noting that in spite of its glamorous name, Beverly Hills High School is actually much like any other American public high school, with a population of kids who are from a mix of ethnic and socio-economic backgrounds. For over 40 percent of the students, home is a rented apartment, where working-class parents struggle to make ends meet. Beverly Hills School District currently has nearly 700 students who qualify for free or reduced-price meals at school.

Who will protect these young people from the Purple Threat? The Metro Board, Los Angeles-area Congressman Ted Lieu, California Senators Dianne Feinstein and Kamala Harris have all, so far, ignored this horrifying situation. At this point, only President Donald Trump and his Transportation Secretary Elaine Chao can put the brakes on this threat to health and life by suspending federal funding for the project.

No government agency, local or federal, should impose a risk of this magnitude on other people’s children. And this is not simply a local issue; with over 54 percent of the project being federally funded, the FTA and the U.S. Department of Transportation must step up to protect this community.

The Trump administration has the power to halt the construction of the Purple Line, as he did with the high-speed rail train in San Francisco, by pulling its funding until a true environmental review can be undertaken. To proceed with the current plan is selfish, dangerous, and makes California look, once again, like a state that can’t accomplish the most basic functions of health and safety on behalf of its most vulnerable residents: children.

Lisa Korbatov is the twice former president of the Beverly Hills School Board. 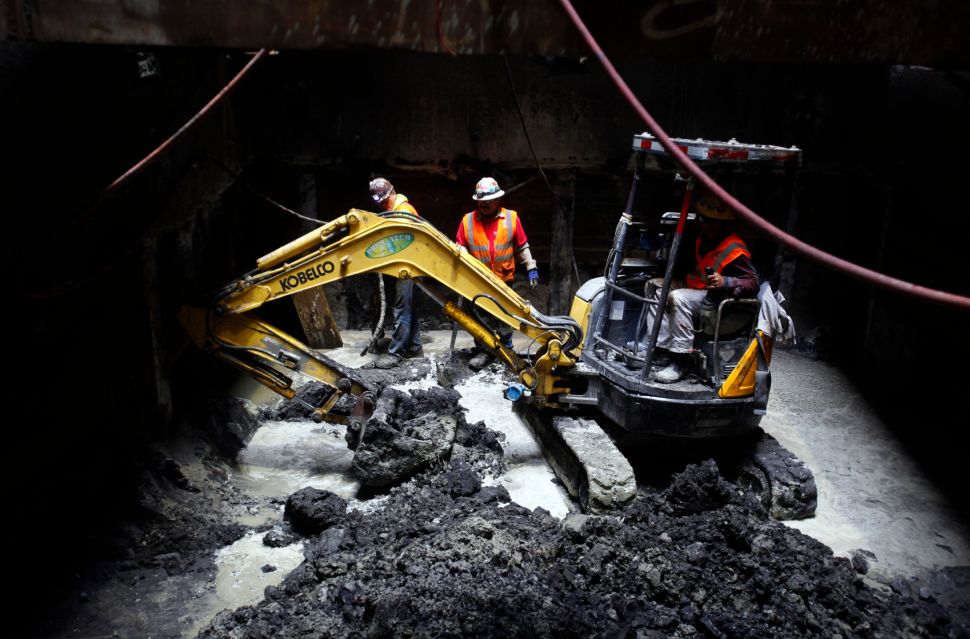