We never learn the true name of the title character in director Julius Onah’s adaptation of J.C. Lee’s Off-Broadway play. When his parents adopted him from Eritrea when he was a child, he tells an audience at his well-appointed school in Northern Virginia that his white mother couldn’t pronounce his name.

“My father suggested they rename me,” says the star student and ace debater we know as Luce, played with chilly confidence by Kelvin Harrison Jr. (2017’s It Comes at Night). “They picked ‘Luce,’ which means light.”

SEE ALSO: Colonial Thriller ‘The Nightingale’ Is Brutal and Difficult—That’s Why You Should See It

Fittingly for a film that prides itself on being open-ended and somewhat inscrutable, there are many ways to interpret that anecdote. Is it a story of goodwill, charity and second chances? Or is an example of liberal do-gooding run amok—thousands of years of culture obliterated because some white folks couldn’t be bothered to learn the pronunciation of an African name and instead picked one better suited for a boat or a Golden Retriever?

The film intends for us to wrestle around in this murky ambiguity, trying to suss out whether the characters are—in the language of the script—monsters, saints, or perhaps a bit of both.

What it does less well is tell an engrossing story on which to mount its various considerations of privilege, identity and the ways in which we internalize racism, consciously or unconsciously. Instead, its starch-stiff script forces the characters to communicate obtusely and act illogically so it can tease out these vagaries, veiling in a shroud of overly-contrived mystery matters that could have been dealt with directly.

The central tension of the film comes, from all things, Luce’s rather shallow interpretation of the Marxist humanist Frantz Fanon. When his Government and History teacher Ms. Wilson (Octavia Spencer) tasks him to write an essay in the voice of a historical figure, Luce chooses the Martinique-based political philosopher, apparently focusing on Fanon’s belief that decolonization was by nature a violent process and seemingly ignoring his call for a national culture among oppressed Africans.

Rather than discuss her concerns about the paper with him or his parents and find out how its ideas might have been informed by Luce’s complicated and singular past— an opportunity most teachers at a well-heeled high school would have relished—Ms. Wilson uses Luce’s incomplete channeling of Fanon as an excuse to search his locker; there she finds a bag of fireworks. While he claims they belong to someone else, Ms. Wilson wonders if they might be a sign that the track and debate team super-star may be someone else entirely.

In its brittle exploration of the darkness lurking within a seemingly perfect suburban family, as well as a young African American perhaps manipulating liberal naiveté, the film comes off as an icy cross between Ordinary People and Six Degrees of Separation.

However, those films were confident enough in the stories they were telling that they were not compelled to play their subtext as their text, something Luce does often and quite clumsily. For example, one of the only lectures we hear Ms. Wilson deliver is about code switching (wink, wink), despite it being a topic more fitting for an advisory class than one on advanced history.

Similarly, driving home the film’s theme of tokenism, the school’s principal, played by two-time Tony winner Norbert Leo Butz, refers to Luce as a “thoroughbred” and says things like, “If you googled the words ‘model student,’ Luce’s picture would come up.” It’s all a bit too on point.

The talented cast, which includes Naomi Watts and Tim Roth as Luce’s parents, struggle to make sense of their characters’ unlikely responses to the situation, as well as the stiltedness of many of the lines they are asked to speak. (It’s also a little odd that the actors appear so ill at ease despite the fact that both of their characters are shown swilling wine by the fistful.)

On the other hand, the mercurial Harrison, playing Luce as if he were an unreadable chess grandmaster, is excellent. Still, the real standout performance belongs to the remarkable Marsha Stephanie Blake, who is currently an Emmy-nominee for When They See Us. As Ms. Wilson’s schizophrenic sister, her few scenes blaze with an emotional intensity at which the film otherwise only hints.

As incendiary as Blake’s performance is, the reason for her plot line is not so clear—except that this kitchen sink drama wants to be about everything all at once. There is a subplot about alcohol, consent and sexual assault; the film explores questions of nature versus nurture; it also discusses the expectation of privacy in semi-public spaces. Luce ends up playing less like a movie than it does a first-year law school lecture class.

The result is a well-intentioned but ultimately torpid film, one that feels much more concerned with saying something important than it is the far more noble task of conveying a compelling story worth telling. 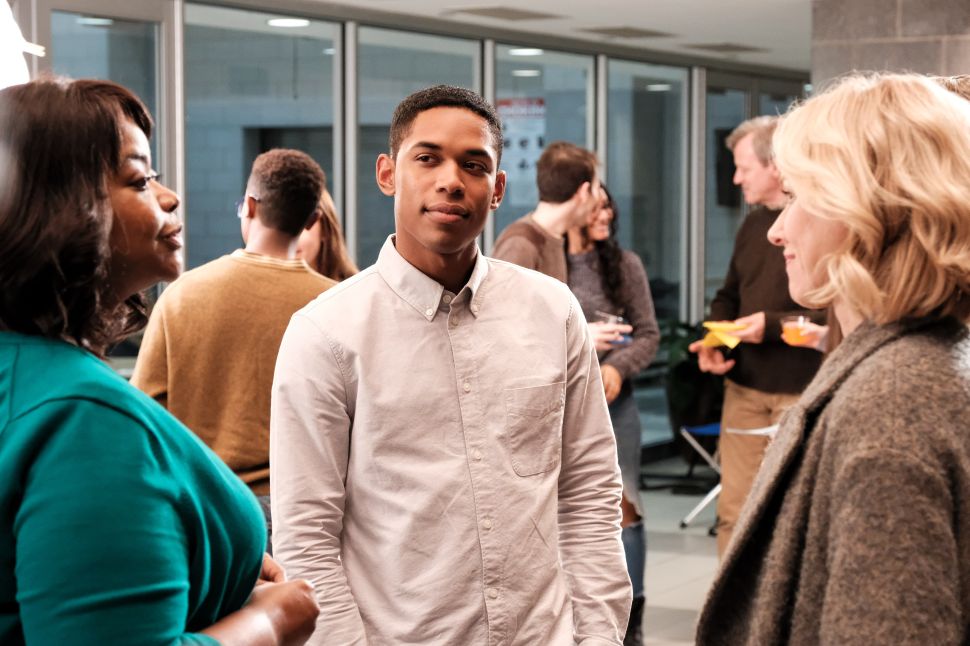