On Saturday, Marvel Studios finally unveiled its long-awaited plans for the post-Infinity Saga future, otherwise known as Phase IV of the Marvel Cinematic Universe (internally dubbed Operation New World Order by the Illuminati). In doing so, the studio provided fans with a glimpse of the next half-decade of MCU adventures across the big and small screens. Since the MCU is the single-most consistently successful creation in Hollywood history, its every move is tracked, dissected and analyzed with the unrelenting focus of a puppy eyeing your dinner. That means we can immediately jump to conclusions and anoint a handful of early winners and losers of Marvel’s grand ambitions.

SEE ALSO: Quentin Tarantino on Why His ‘Star Trek’ Feature Needs to Be R-Rated

The MCU’s greatest strength is also its greatest weakness. The shared cinematic continuity’s meticulously detailed interconnectedness enables stories and characters from one corner of the universe to impact another in a carefully constructed Jenga tower of forward-thinking narratives. But that same rigid structure also operates from a producer-driven model that occasionally yields flavorless or repetitive final products weighed down by their own world-building efforts. Phase IV will continue to shed some of those creative shackles while opening up this empire of cinema to new perspectives.

Shang-Chi and the Legend of the Ten Rings will feature the blockbuster superhero genre’s first predominantly Asian cast, further expanding the MCU’s demographic. Eternals promises to be a cosmic Jackson Pollock that spices up the visual aesthetic of this universe while also introducing the world’s first disabled superhero. Thor: Love and Thunder will see Tessa Thompson’s Valkyrie searching for “her Queen.” Doctor Strange and the Multiverse of Madness will lean into the horror realm which is a previously unexplored space within the MCU. Even the animated What If… series heading to Disney+ will throw all sorts of crazy and experimental concoctions together as a hypothetical table setter.

Bottom line: the MCU will look and feel a bit different moving forward and that’s a good thing.

Scarlett Johansson’s Black Widow has long been worthy of her own standalone feature. While fans are justifiably excited to see her spy thriller finally get the solo treatment on the big screen, it’s hard to generate as much enthusiasm for a character we know has no long-term future in the MCU.

Natasha’s death in Avengers: Endgame could have been handled a lot better. The MCU is built on the idea of what’s next? Marvel should have pulled the trigger on Black Widow years ago.

When Disney’s forthcoming streaming service launches in November, it will boast four blockbuster miniseries headlined by popular Avengers characters: Loki, The Falcon and Winter Soldier, Hawkeye and WandaVision. This, along with a slew of other high-profile originals, gives Disney+ significant brand name franchise appeal. More importantly, it provides the MCU with another avenue of creative storytelling.

Disney+ will work in unison with the big screen in a symbiotic relationship. It creates cross-pollinating pieces of content that feed off one another. The ability to ping-pong characters and threads back and forth will be a two-pronged developmental space where new ideas can be fleshed out. It offers huge upside to the interwoven nature of the MCU and a farm system of sorts for B-characters and plots who need a bit more seasoning.

That is how you cut through the clutter and make a statement in the competitive streaming wars. Speaking of…

For the first time, Marvel Studios head Kevin Feige is firmly taking the reigns of the MCU’s small screen expansion. That doesn’t bode well for the market-leading Netflix, which may have a vast library of content and an ambitious slate of upcoming originals, but can’t compete with the franchise power of Disney+. It’s not all doom and gloom for the champion incumbent, but if any emerging streamer has the power to dethrone Netflix, it’s Disney+.

Two-time Academy Award winner Mahershala Ali fulfills the Internet’s wishes by officially taking on the Blade mantle first originated on the big screen by Wesley Snipes. Fans have been calling for this project for some time and Ali is the perfect fit to headline it. It’s an immediate PR victory. Meanwhile, fellow Oscar-winner Natalie Portman makes a shocking return to the MCU after a somewhat testy split in Taika Waititi’s Thor: Love and Thunder to become the next, well, Thor. #Badass.

Like a long-term marriage, long-running film franchises need to try different things to keep the magic alive and well. After a decade-plus in the limelight, the (re)addition of beloved Oscar-winners is one way to spice things up.

As we discussed last week, Disney is on pace to shatter its 2016 worldwide box office record of $7.6 billion. The studio’s domestic market share is currently an incredible 35 percent, more than half of its closest rival, Warner Bros., at 15 percent. Since 2013, Disney has boasted at least four films in the domestic top-10 in terms of box office gross every single year. Since 2010, they studio has been responsible for the highest-grossing domestic film of the year seven times.

The competition had hoped that a natural come-down would occur in the aftermath of Avengers: Endgame. But as Saturday proved, Marvel can still generate unparalleled excitement for the future with both new and old toys. The brand is poised to stay on top for the foreseeable future.

Under the ownership of 20th Century Fox, the Fantastic Four suffered through three disappointing features, the last of which is infamously one of the biggest bombs in the genre’s history. The X-Men franchise, once ahead of its time, stagnated badly under questionable leadership to fall deeply behind in Hollywood’s superhero race. June’s Dark Phoenix, a massive box office bomb in its own right, was the regrettable exit for the nearly two-decade series.

But both will be reborn within the MCU following Disney’s acquisition of Fox. While fans shouldn’t expect either to hit the big screen for four or five years, Feige did mention that plans are in place to properly reintroduce the properties.

The Falcon and the Winter Soldier (Disney+, Fall 2020)

Doctor Strange and the Multiverse of Madness (May 7, 2021)

Guardians of the Galaxy Vol. 3 (TBD) 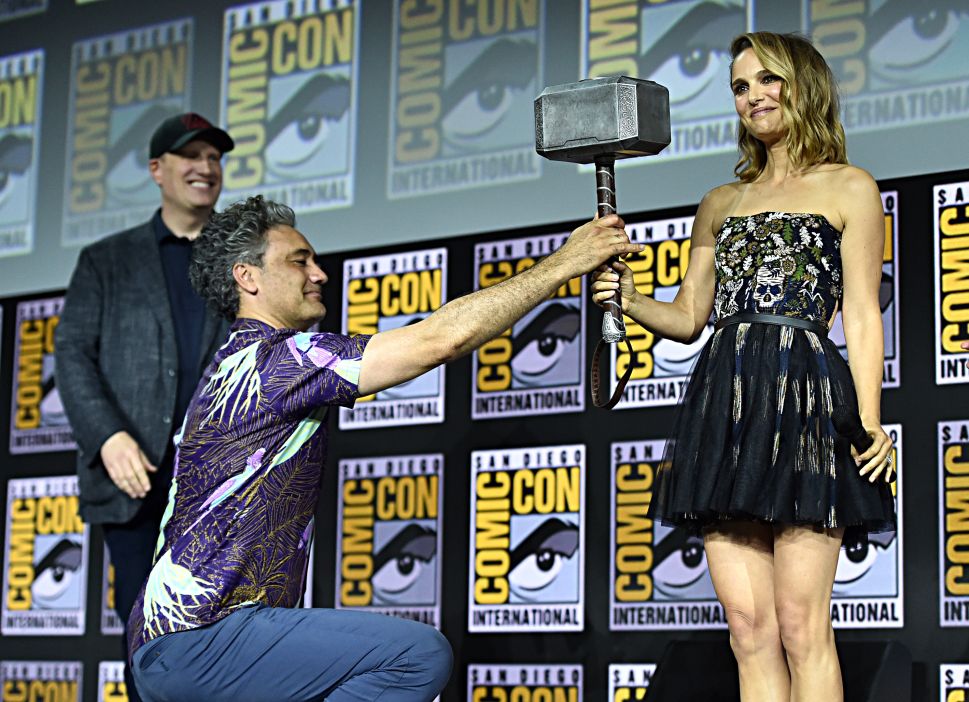