Artistic institutions are changing rapidly as the 21st century trundles toward the end of its second decade. While this has a lot of ramifications, the diversification of the museum’s role in society is chief among the shifts, and one striking way in which that has manifested is in the way museums have become more like hotels while hotels have become more like museums.

You’ll see this kind of genre collapse in every type of cultural sphere, but for the Metropolitan Museum of Art, which just last year announced that they’d be eradicating their pay-what-you-wish admissions policy that had been in place for 50 years, the updated name of the game appears to be in providing all visitors with high-end amenities. Put in plainer terms, this means that the Met is throwing more energy into updating the offerings of one of its restaurants, which is fittingly called the Dining Room.

The Dining Room has been around since 1991, and it was originally intended as a little escape for major contributors and patrons of the museum. Now, however, the Dining Room functions as more of an appealing draw to the Met for everybody who buys a ticket, as indicated by the restaurant’s new ongoing collaboration with John Fraser, a successful chef and restauranteur who’s recently scored a couple of hits with his Michelin-starred restaurant Nix and with the Edition Hotel in Times Square.

On Monday, Fraser launched a new menu at the Dining Room that revolves around a single ingredient: the tomato. This tomato-centric menu doesn’t use tomato as the sole ingredient, but the juicy red berries are certainly the centerpiece. The new (and temporary) menu items include $16 heirloom tomato gazpacho, $29 pappardelle and tomato-strawberry tarts, with pudding and squash and vinaigrette available on the side to garnish things. “My general idea was to transform the restaurant in the same way that museums rotate single artists,” Fraser told the New York Post. “By showcasing one single best ingredient, we are mimicking the way the museum acts and reacts.”

Jokes aside, Fraser’s idea is actually a pretty novel one. Think of this tomato-focussed dining experience like a can’t-miss exhibition at the Met: you’ll want to pop in and experience it before the season passes. 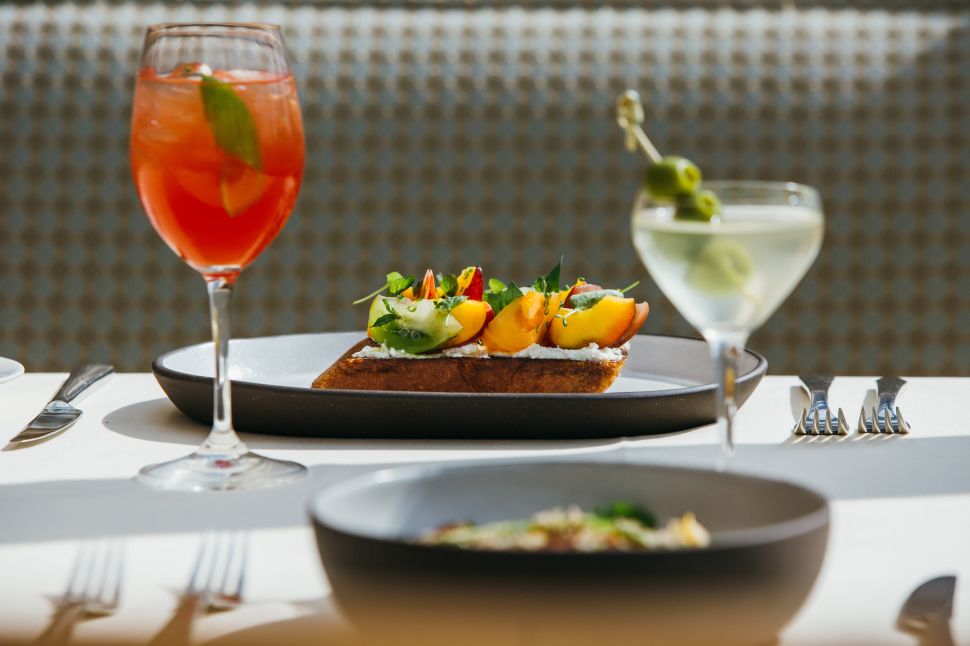